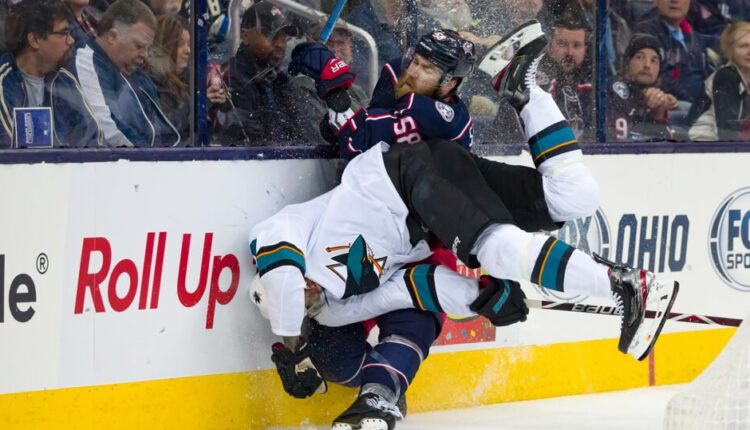 2022 brings back our weekly look at players who are hot and those who are not. We are highlighting 3 players who you should consider trading now while their value is high and 3 you should look at acquiring, as they are undervalued and under rostered.

If anyone predicted that Rodrigues would have 15 goals and 30 points after 34 games, they are lying. In seven seasons Rodrigues never had more than 9 goals and was considered a borderline NHL player. At 28 years of age Rodrigues is defying all the odds with this offensive breakout. Even if he continues to have a successful season, the good money says his production will level off.  The fact that Sydney Crosby is now healthy and Evgeny Malkin is expected to return to the lineup this week, will also result in Rodrigues’s opportunities to diminish. This would be a good time to try and cash in on this half season of success.

Hartman is scoring at slightly under a 40 goal season pace this year. Since he rookie season where he potted 19 goals Hartman has bounced around and had trouble finding the back of the net, averaging around 10 goals a season.  At the age of 27, Hartman is unlikely to all of a sudden turn into a 30-40 goal sniper. I would look to move him at this high valuation before his goal-scoring tails off.

With 28 points already in less than half a season, Babashev has exceeded his point total of any of his five previous full seasons. His shooting % of 23.2 has inflated his goal total to 13. As someone who is best suited as a bottom-6 winger, it seems likely Babashev will regress in the second half of this season. His value is likely at all-time fantasy high, making him a prime candidate to be moved.

Everyone is aware of Kane’s off-ice issues but his on-ice play makes him an on-ice fantasy stud. Because of his skill set, teams are going to overlook the problems that forced the Sharks to terminate his contract and give him a second chance. At the time of this writing, rumors had Kane on his way to Edmonton. If this becomes reality, no one needs to suggest what the implications of playing with Connor McDavid and Leon Draisaitl could mean. At 51% rostered, hit the waiver wire today and pick Kane up before it’s too late.

Rask has been out all season, recovering from off-season hip surgery. The UFA goaltender just signed a 1-year contract with the Bruins, paving his way to a return to the NHL sooner than later. You should be able to grab Rask on the waiver wire or even at a lower than normal price given that there will be concerns about him being in top form after that type of surgery. Well worth the risk as he is normally in the top 5 rankings of fantasy goalies.

Marner’s 2021-22 season has been below his normal standard, with only 6 goals and 21 points in 26 games. Many people were questioning Marner after another Maple Leaf first-round exit in last season’s playoffs. His slow start to this season may be a hangover from the playoff failure and feeling added pressure in the Toronto market. All that to say, Marner’s value may not be this low for many seasons to come. If there is a trade out there for you to grab him, now is the time to seriously consider it.