Fantasy Hockey Rebuilds – 8 Under the Radar Defensemen to Stash 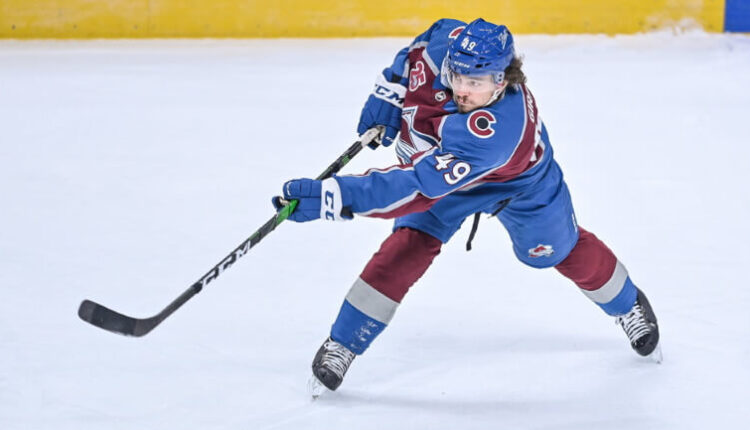 Last time out I had a look at 8 forwards to target for your Fantasy Hockey rebuild. Today we will take a look at defensemen. Even though all Dynasty Leagues require defensemen as part of their rosters, the parameters of each league make their value vary. In seasons past it would be a no-brainer to hold onto an Erik Karlsson in his prime or keeping a budding star such as Quinn Hughes. When does it make sense to go after a young defender whose upside is more unknown?

Here are 8 defensemen who are at different points in their career. All of them are younger players you can potentially grab at a lower value now and stash them in hope of them becoming keeper level.

It’s startling to see that Girard, at his age, has already played over 200 NHL games. He has excellent puck handling skills and his skating and edge work are beautiful to watch. His point totals have slowly grown over his first three seasons. This year he has elevated his production to another level with 9 points in the first 11 games. For leagues that value power play (PP) and penalty killing (PK) Girard racks up minutes for the Avs in both these specialty team categories. On a high powered Avalanche team, Girard is a prime player to target to strengthen your dynasty hockey team.

Andersson is entering his third season with the Flames. He has seen his ice time move to over 21 minutes per game from last season’s 19/game. He’s been quarterbacking the Flames PP this season averaging over 4 minutes/game. He hasn’t quite hit his offensive stride yet but as a point per game (PPG) defenseman in the Ontario Hockey League (OHL) the talent is there. You may be able to buy low on Andersson as I believe he is poised for a breakout and he is currently flying under the radar in many Fantasy Hockey Leagues.

Dobson was eased into the Islanders lineup last year. Now in his first full season he is already over 18 mins of ice-time a game and has been on the Isles first PP unit. He was a prolific scorer in the Quebec Major Junior Hockey League (QMJHL) and selected #12 overall in the 2018 NHL Entry Draft. Dobson can be expected to carry much of the offensive load from the Islanders back-end. His impressive start sees him at just over a 0.50 PPG clip. His ice-time and production will both continue to grow as the season moves forward.

Brännström missed the first couple of weeks of this season. Now that he is in the Ottawa lineup, expect him to take on a top 4 pairing role as well as an increased role on the Sens PP. He has great offensive instincts and possesses an above average shot; key reasons why the Golden Knights selected 15th overall in 2017. Ottawa felt so highly about Brännström that he was the key piece in the deal that sent Mark Stone to Vegas. He has put up close to a PPG numbers last season in the American Hockey League (AHL) as well as in his short stint in the Swiss A-League this past fall. As the rebuilding Senator team begins to have success, I expect Brännström’s value to increase.

Romanov is an intriguing defenseman to keep an eye on. He has already moved into a regular role on the Habs defense; some games already playing over 20 minutes. He’s getting PP and PK minutes as well as averaging over 2 shots and 2 hits a game. His offensive upside may not be as high as some others on this list but Romanov’s overall package makes him a very attractive fantasy hockey player to target.

Miller surprised a number of people this year by making the Rangers out of training camp. He’s already averaging over 18 minutes of ice-time a night. After 10 games he has bagged 7 points. He is an excellent skater and he has a great hockey IQ. Converted to defense from forward late in his development, Miller’s upside is somewhat unknown but his ceiling may be higher than experts originally expected. The early returns look very promising and given that he has earned head coach David Quinn’s trust already, I expect big things from Miller.

Smith has started his NHL career with a bang, averaging just under a PPG with 8 after his first 9 games. He was a prolific scorer as a junior player in the Western Hockey League (WHL) and has entered the NHL without a single game played in the minor leagues; an impressive transition to pro hockey. The sky’s the limit offensively for Smith and you can expect that he will be a mainstay on the Devils PP. You may have to wait until Smith cools down after a red-hot start in order to find a workable trade for him but if he is on your waiver wire the time to act is now.

Byram has just come off a silver medal and being named to the World Junior Hockey Championships all-star team. He is an eye-popping player to watch. His skill level is excellent as are his offensive instincts and skating ability. Byram’s biggest obstacles are that the Avs defense has two gifted offensive players in Makar and Girard and that he is only 19. You may have to take a bit of a long game in stashing Byram on your roster but he is a player that has “star” written all over him.

Having a great defensemen keeper on your Fantasy team can be essential to overall Dynasty success.  As more and more gifted players are breaking into the league at younger ages you should be targeting those defensemen with big fantasy upsides in your Dynasty drafts as well as looking to pry them off another owner’s roster who is in win-now mode. These 8 defensemen should be at or near the top of your wish lists when retooling your rosters.

For more help on the fantasy ice, check out our most recent Fantasy Hockey Waiver Wire!