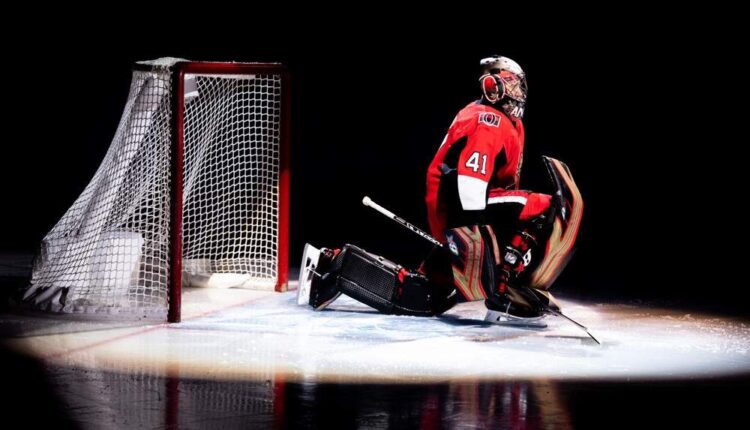 It’s only been one week and we have already seen multiple goalies out with various injuries and surprise hot starts. The good news is this just creates opportunities for you in your league. We will cover you here at FantraxHQ. Read on for your fantasy hockey goalie streams for week 2.

With John Gibson (74%) on the injured reserve, Stolarz was pressed into action and fared well in a 2-1 loss versus Minnesota last week. The Ducks have four games on the slate this week. They have a back-to-back on Monday/Tuesday on the road in Calgary and Edmonton. It’s possible that Gibson is back right away, but either way, Stolarz will likely get a game and he’s widely available. The Ducks have begun the season only allowing three goals in their first two games. If you don’t have any better options then Stolarz could be a sneaky add.

The Buffalo Sabres have perhaps surprisingly, won their first two games with Anderson and Tokarski splitting the starts. Buffalo plays three games this week including a back-to-back on the weekend. They are at home on Tuesday to the Detroit Red Wings, followed by Boston on Friday, and away to New Jersey on Saturday. Both of these goalies are available in nine out of ten leagues for an easy spot start if needed.

The big off-season news in Detroit was the trade made by GM Steve Yzerman to acquire rookie sensation Alex Nedeljkovic (72%). However, it’s the veteran backup Greiss that stole the show last week with a 40 save win against the Vancouver Canucks. The Red Wings have four games this week, including a back-to-back on Saturday/Sunday. Greiss will likely get at least one of the games either in Montreal on Friday or Chicago on Saturday. Keep an eye on this one though as Greiss could very well earn more starts.

Juuse Saros (98%) is finally the unquestioned numero uno in Nashville. The Predators play four games in week 2 and Saros will undoubtedly play in at least three of them. However, they are on the road on the weekend in Winnipeg on Saturday and  Minnesota on Sunday. While the status of Rittich is in doubt, Ingram will fill the role of backup. If you need a late start to end your week check the wire to see which of these two is on the road trip.

While many assumed Reimer would be the starter in San Jose this year it was Hill who got the home opener against the Winnipeg Jets. Hill wasn’t great, allowing three goals on 23 shots, but his team played well enough to get him the win.  The Sharks go on a tough four-game road trip to the east this week. They play in Montreal on Tuesday, followed by a back-to-back versus Ottawa and Toronto on Thursday/Friday, and end the week on Sunday in Boston. None of these matchups are all that favorable for the Sharks. However, if your league is deep and you need a goalie game, one or both of these guys is probably available.

Those are your NHL fantasy hockey goalie streams for week 2. See you next week for more!