Fantasy Hockey: An Avalanche of Injuries (2022) 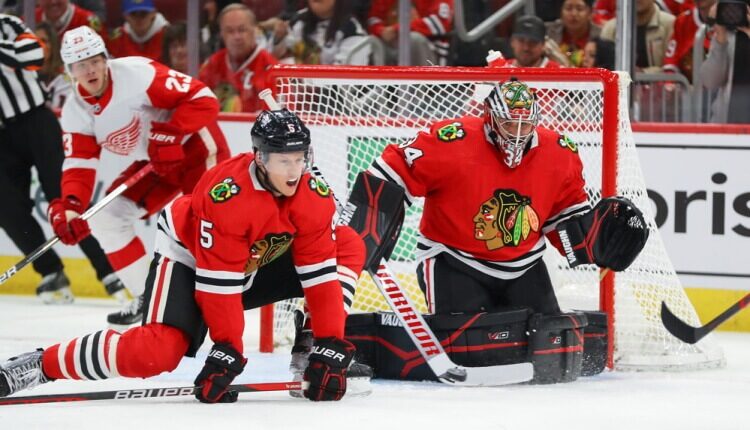 The fantasy hockey injuries are mounting, leaving many fantasy managers looking for replacements and wishing for more IR spots. Not all injuries are created equal, so piecing together replacements for someone like a Top 5 player is quite a bit different than losing a fill-in defenseman.

Of late, no real-life squad has been hit harder than Colorado, who have lost Nathan MacKinnon, Artturi Lehkonen, Valeri Nichushkin, and Evan Rodrigues. The pessimist in all of us says this is a disaster for fantasy squads relying on that production level. (Those four players have combined for 73 points this season.) The optimist says that this presents some great opportunities for those needing help on the waiver wire.

With that, let’s look at who is in line for increased productivity and who is probably widely available in most leagues.

MacKinnon will be out for at least four weeks with an upper-body injury, meaning we will probably have made (and subsequently broken) all of our New Year’s Resolutions before his return. His immediate replacement on the top line is Mikko Rantanen, who is rostered in 100% of Fantrax leagues, but Alex Newhook (44%), J.T. Compher (23%), and Andrew Cogliano (2%) should all become valuable in the near future.

Nichushkin is due to come off the IR in the next week or so, giving fantasy managers a small window of time to buy low on the 27-year-old from an impatient league mate. Even upon his return, Logan O’Connor has some value in deeper leagues and is only on 10% of rosters.

Mrazek had just returned from a groin injury before leaving Saturday’s game with an unrelated groin injury. Stalock has been out since early November with a concussion, which is a fickle recovery process and difficult to predict. In their stead, Arvid Soderblom (18%) is performing competently in save percentage (.906) and GAA (3.19), but he will do absolutely nothing for fantasy managers in the win column, given the state of Blackhawks hockey this season.

Bertuzzi, we hardly knew thee. After missing a number of games at the beginning of the year, the 27-year-old lands back on the IR with a hand/wrist injury that will keep him out of action for at least six weeks. Replacement here is tricky since the Red Wings had been rolling without him for so long, but Pius Suter (12%) and Adam Erne (8%) are both intriguing options in super deep leagues.

Now that we’ve covered the players in need of replacements, let’s look at some guys nearing their returns who might be available and helpful.

Atkinson (35%) has been medically cleared to return, and he has been practicing with the team but is not quite ready for live action yet. He should return to the top line alongside Kevin Hayes and Noah Cates when he is healthy. The Flyers rank second-to-last in goals per game, but the 33-year-old posted 50 points in 73 games last season and should help to improve that number.

Hartman (69%) has been out of action since the end of October with an upper-body injury and has begun practicing with the team but is still about a week or so away from returning. While the Wild began their season slowly and looked to be a bit of a mess, they have certainly turned that around. Assuming the 28-year-old veteran resumes a prominent Top 6 role, there is a lot of firepower in that lineup worth having exposure to.

If you’re in a league where defensive metrics are counted, Ferraro (21%) will certainly help you in that category. In 23 games before he went on IR with a foot injury, he tallied 27 hits and 47 blocked shots. In 63 games last year, Ferraro had 140 hits and 151 blocked shots. He should be returning in the next couple of weeks and can certainly provide a boost to your defense stats.

Keep the faith, my friends. Fantasy hockey injuries can be tricky, but it is one of the best sports for the “next man up” mentality. If you have any thoughts or questions, don’t hesitate to contact me on Twitter at @thewonkypenguin. And, as always, good luck!