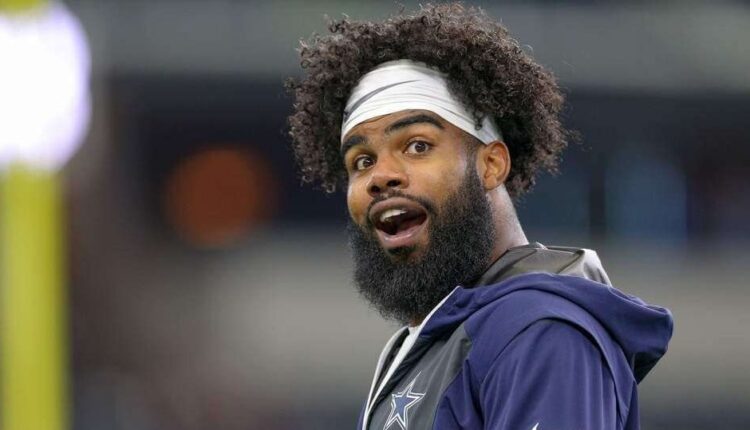 Just before the Fourth of July weekend, news broke early Friday that the Dallas Cowboys would be the stars of this year’s “Hard Knocks” series on HBO this summer.   One of the most fantasy-friendly offenses will be on full display when the series premieres on August 10th at 10 p.m. EST.  There will be plenty for NFL and fantasy football fans alike to watch as “America’s Team” steps into the spotlight.

A Premium Fantasy-Friendly Offense on a Premium Network

All eyes will be on Dak Prescott as he looks to make a comeback from his season-ending ankle and leg injuries suffered during Week 5 last season.  Had Dak played a full season, averaging the stats he had in the first five games, he would have finished with an NFL record of 5,939 passing yards.  In his shortened season, he had already recorded 9 passing touchdowns and 3 rushing scores.  With the same set of receivers, Ezekiel Elliot in the backfield, a healthier offensive line, and an extra regular-season game in 2021, expect Dak to live up to his QB5 Average Draft Position (ADP).

Speaking of Ezekiel Elliot, he is looking to make a comeback of his own, not from injury, but from his worst statistical season since entering the league.  Earlier this week I made the case for Zeke to be considered the first overall draft pick in fantasy football.  The offense runs through him in one of the top fantasy-friendly offenses across the league.  He is currently going off the board with an ADP of RB7, which I would consider a discount.

When Dak and Zeke were both on the field last season, the Dallas Cowboys averaged 30.1 points per game.  As soon as Dak went down, the team’s average points dropped to 19.2 per game.  Coincidentally, Zeke rarely found the end zone and lost touches to backup Tony Pollard.  “Hard Knocks” will be a good reminder for fantasy football managers of just how good Zeke is.

As far as pass-catchers go, the Dallas Cowboys have one of the best receiving trios in the NFL.  Prior to Dak’s injury, wide receiver Amari Cooper was putting up top-3 numbers at the position.  Furthermore, 2020 rookie, Ceedee Lamb, posted 935 receiving yards with quarterback Andy Dalton under center for the majority of the year.  433 of those yards were recorded in the games Dak played in.  They currently both have ADPs in the top-16 at the position (Lamb WR14, Cooper WR16).

When it comes to receiver Michael Gallup, it will be tough to predict the games he posts fantasy-friendly numbers.  However, keep him in mind for your fantasy team’s bench as he would immediately slide into a prominent role of the Cowboys offense in the event of a Cooper or Lamb absence.  On the same note, the aforementioned running back, Tony Pollard, is a premium handcuff to roster in the event of a Zeke injury.  They each have ADPs of WR51 and WR46 respectively.

If you have never seen “Hard Knocks” before, this season would be a great time to check it out.  Not only is it entertaining television for Tuesday nights in the summer, but we will have an opportunity to get a behind-the-scenes look at one of the most fantasy-friendly offenses in the league.

Two-Start Pitchers for the Week Of July 5