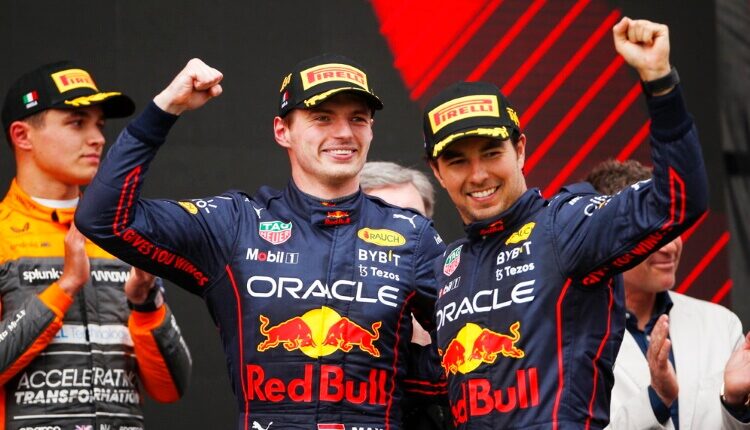 Welcome to Fantasy Formula 1! The newest sport on Fantrax is here, so grab your friends, start a league, and get to select your drivers. It’s Round 5 and the fourth race is the Miami Grand Prix this coming weekend. We are here to help you with your driver selection! For a thorough explanation on how the sport and fantasy sport of Formula 1 works check out our explanatory piece from last week.

Just like last week, we’ll rank all 20 drivers in order of how we think they’ll score this week! These rankings should be applicable for nearly everyone playing Formula 1 on Fantrax, regardless of whether their matchup is for the sprint race or the full race! Note that these rankings are not in order of expected finishing position, but instead in order of expected fantasy points scored. That means they are incorporating all the scoring categories like finishing ahead of your teammate, places gained and lost, etc.

Verstappen won the last Grand Prix (Emilia Romagna) in convincing fashion and is the odds-on favorite to win in Miami as well.

Leclerc had a disappointing P6 after spinning out pushing hard late in the race but he still has arguably the fastest car on the grid and is neck and neck with Verstappen in odds to win the championship. Expect these 2 to stay a significant step above the pack for a while and keep swapping back and forth.

He remains a great driver in one of the best cars. He had a DNF last week but still has a great chance at a podium in Miami. He barely edges Perez for our 2nd tier B pick of the week.

The Perez vs Sainz and Red Bull vs Ferrari battles rages on. Assuming these top 4 do not DNF, it’s very likely that 3 of 4 make up the podium. Perez is slightly favored to beat Sainz, but Red Bull reliability issues make him a slightly riskier pick.

A great big move upwards for the McLaren driver. Norris raced to a very impressive podium last race weekend, but more importantly McLaren showed excellent pace that we hadn’t seen from them in previous races. That suggests Norris, with his wonderful driving ability, will hopefully be able to chase the top 2 teams for another race.

Russell is the most consistent driver of the season, going 4 for 4 on top 5 finishes thus far. His teammate Hamilton may still be expected to outqualify and out-finish him once again, but his consistency (and the expectation of Hamilton losing more spots from quals during the race) keeps him higher. Mercedes have also been hard at work trying to fix their porpoising issues so maybe we see an improved car from them.

KMag’s high ranking comes predominantly from the racecraft he’s demonstrated recently. He’s not expected to qualify particularly well this time around, but still, his racecraft and long-run pace should serve him well and he could very well be the driver with the most PLG (places gained) in Miami. KMag remains our Tier D pick of the week.

Hamilton had another tough go of it in Italy, finishing a dreadful P14, and claiming he’s out of the season’s Driver’s Championship. Mercedes need upgrades fast and Hamilton needs to regain some consistency and form. He’s still one of the best drivers of all time, so we’ll continue to give him the benefit of the doubt and hope he can turn it around quickly. The oddsmakers agree, and he’s still 5th most likely to win in Florida according to them. Maybe his round of golf with Tom Brady will get him back to the champion mindset.

Bottas had a satisfying P5 last race and continues to keep relatively close to the top teams. The expectation is that Mercedes and McLaren teams end up passing the Alfa Romeo in pace but Bottas has done a wonderful job thus far putting up a fight and demonstrating his driving abilities. Bottas remains our Tier C pick of the week.

Alonso was unfortunate to DNF last weekend after Mick Schumacher crashed into him. Still, he’s expected to qualify and race well in the middle of the pack.

As previously mentioned, Norris demonstrated the McLaren’s improved pace last race. Unfortunately, Ricciardo did not get the chance to do the same after crashing into Carlos Sainz on the first race. The Aussie is one driver on this ranking that has the most potential to move upwards, but still needs to prove his talents and deliver before we can trust him fully.

Gasly’s qualifying (in the sprint race) ultimately cost him a lot of finishing places, and likely points last week. Unfortunately for him the Alpha Tauri doesn’t look like it has the pace for him to do much better than the bottom of the points and considering he’s usually a good qualifier, that doesn’t leave much space for places gained. Gasly may have met the NBA GOAT Michael Jordan in the States this week, but we think he’s more MJ’s Charlotte Hornets than MJ’s Chicago Bulls.

P14 after 2 penalties last weekend, Ocon has upside, but remains an inconsitent driver.

Tsunoda has a better car than some of those in front of him, but because he has one of the biggest gaps to his teammate (Gasly) and he’s not expected to finish in the points, there are just not many ways for him to score points at the moment. His talent offers some path to places gained on Sunday at least.

Vettel stays where he was. He’s a better driver than his car’s quality, but that really only gets him better than the other drivers at the bottom

Schumacher has remained disappointing despite his team’s surprisingly good pace. He’s far beyond his teammate, Magnussen and has a lot to prove still.

Albon again almost reached the points in P11 this past time. He’s got upside when drivers in front of him DNF as he’ll get places gained after poor qualifying sessions, but still he’s not the best to bet on considering his car’s general quality.

Zhou’s car remains better than those around him in the ranking, but he’s unlikely to outdo his qualifying position on race-day, finish in the points, or beat his teammate, so he’s 1 of the drivers most likely to achieve his downside.

Stroll did manage a surprising podium last time around, but is very unlikely to repeat, nor cause much excitement or opportunity for points in Miami

Latifi is again expected to qualify and finish last. His teammate, Alex Albon has been significantly outperforming and him and there are many credible rumors stating that Williams are looking to replace him mid-season. It’ll take a miracle (greater than walking on the fake water surrounding the Miami circuit) for Latifi to achieve significant fantasy points.

Now get picking and enjoy the fifth Formula 1 race weekend!