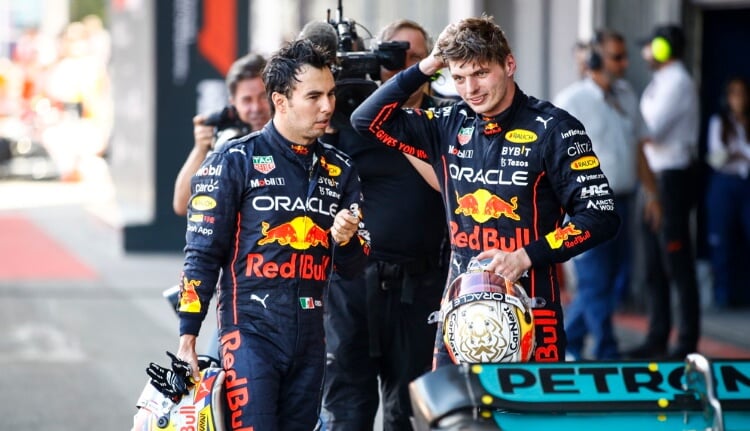 Welcome to Fantasy Formula 1! The newest sport on Fantrax is here, so grab your friends, start a league, and get to select your drivers. It’s Round 7 and this weekend’s race is the Canadian Grand Prix in Montreal. We are here to help you with your driver selection! For a thorough explanation on how the sport and fantasy sport of Formula 1 works check out our explanatory piece.

Just like the past couple of weeks, we’ll rank all 20 drivers in order of how we think they’ll score this week! These rankings should be applicable for nearly everyone playing Formula 1 on Fantrax, regardless of their scoring/lineup configuration! Note that these rankings are not in order of expected finishing position, but instead in order of expected fantasy points scored. That means they are incorporating all the scoring categories like finishing ahead of your teammate, places gained and lost, etc.

After a race win in Monaco, then a 2nd place in Azerbaijan, Perez is heating up and he has better odds than Charles Leclerc to win this weekend in Montreal.

Another tough weekend for the Ferraris saw Leclerc DNF in Baku. He still has great pace, particularly in qualifying, and is favorite to finish Saturday on pole, but as previously mentioned, Perez and Verstappen are both favored to beat him on race day.

Vettel is, once again, our biggest riser of the week, after yet another impressive run last weekend. He finished in 6th place, Aston Martin’s and his best finish of the season. He’s expected to gain the most places on race day from qualifying position so that should serve him well in your fantasy team. He inches closer to Bottas for the top Tier C driver.

Mercedes porpoising issues remain and Hamilton appeared to suffer greatly with it in Baku, but he did come home in 4th, in part due to Ferrari’s DNF’s. Hamilton is again expected to lose to his teammate, Russell, but in terms of finishing places, Mercedes are pretty comfortably 3rd behind Red Bull and Ferrari, so Hamilton is due for a points finish, which is better than the rest of the drivers ranked.

Gasly’s season continues to be quite up and down. Last weekend it was up and he finished 5th. This weekend might be a bit down as he’s expected near the bottom of the points.

Alonso is expected to out-finish his teammate, but as a better qualifier, he lacks the upside of places gained that Ocon often has.

Haas’s reliability issues continue to haunt Magnussen, but the performances have been there before his races have ended. He’s once again comfortably, our Tier D pick of the week.

Norris finally lost to his teammate, Ricciardo (albeit it was very close) and other teams have appeared to catch up to McLaren on pace. He still has some of the better ability

Schumacher managed to finish P14 last weekend, albeit 2nd to last of the non-DNF drivers. However, that’s nonetheless an improvement for the young German.

Albon bounces around the rankings predominantly based on his expected qualifying position. He has the ability to make up some ground on Sunday but we’re talking 19th to 15th roughly (depending on the number of DNF’s). He has also shown a bit more consistency than the other bottom-of-the-grid drivers.

Tsunoda has little chances at beating his teammate, Gasly, or finishing in the points. He’s also expected to lose places on race day. That’s a no go for fantasy.

The Canadian drops to the bottom for his home race. He’s actually expected to qualify similarly to his teammate, Vettel but lose to him badly, and drop places on race-day. The path to positive points is incredibly narrow.

Now get picking and enjoy the next Formula 1 race weekend!