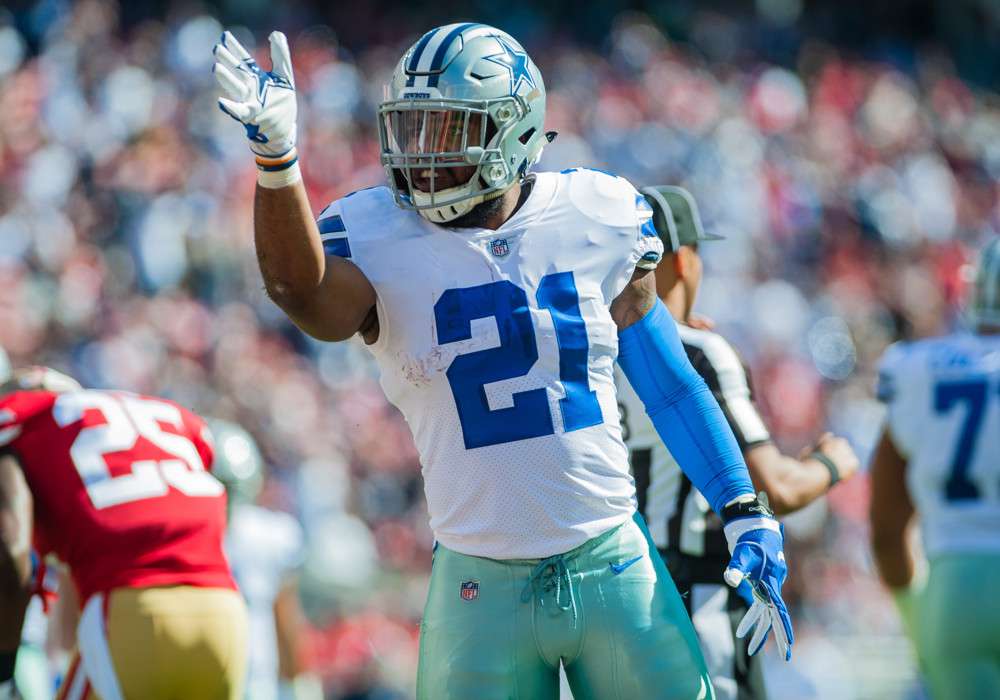 Edging on the midway point of the season, it seems fairly obvious that fantasy owners really need to take the good with the bad. It’s a yin-yang kinda season, and if you need further convincing, just take a look at Amari Cooper’s 44-point performance and yet another QB injury, this time Carson Palmer, to know what I’m talking about. Yep, each week has plenty of good and bad karma, and with another Sunday slate in the books, it’s time to recap all of the happenings:

The good times are certainly rolling for Evan Engram, even if the rest of the Giants offense is completely miserable. Engram reeled in 60 yards and a TD on 12 targets vs. the Seahawks, good for 18 fantasy points – the second most among TEs. The Seahawks D/ST had allowed 24.4 fantasy points per game to opposing TEs entering Sunday, so this was always a matchup that was quite favorable. The Bears’ Tarik Cohen is also worth a late mention in this spot. His 70 receiving yards led Chicago’s offense against the Panthers. I guess that’s not hard to do, though, considering Mitchell Trubisky completed just four passes all day.

Injuries are never good, but sometimes there’s a silver lining for another player to step up. That theory applies to Kenny Stills, who scored a TD for the second straight week. DeVante Parker’s injury has proved extremely beneficial for the Dolphins’ underrated receiver, and with 26.5 PPR points this week vs. the Jets, Stills has quickly jumped into a must-add waiver wire option.

The theme so far this season has been whatever Christian McCaffrey lacks on the ground, he makes up for in the air. Give the Bears D/ST credit, though. There’s a reason why they have allowed the sixth-fewest total yards per game this season. McCaffrey was held in check all day, good for 10 rushing yards and 36 receiving. For a rookie, these kinds of bumps in the road are expected, but since we fully expected the Panthers to run the ball down Chicago’s throat and back it up with the usual screen passes to McAffrey, his underwhelming 11.6 fantasy points come as a surprise.

It was also interesting to see offensive coordinator Mike Shula lean toward Jonathan Stewart for most of the game. Stewart carried the ball 14 times as opposed to McAffrey’s seven, and since we all assumed he was the Panthers’ fourth-quarter running back, it’s still tough to figure out who the Panthers prefer on a week-to-week basis.