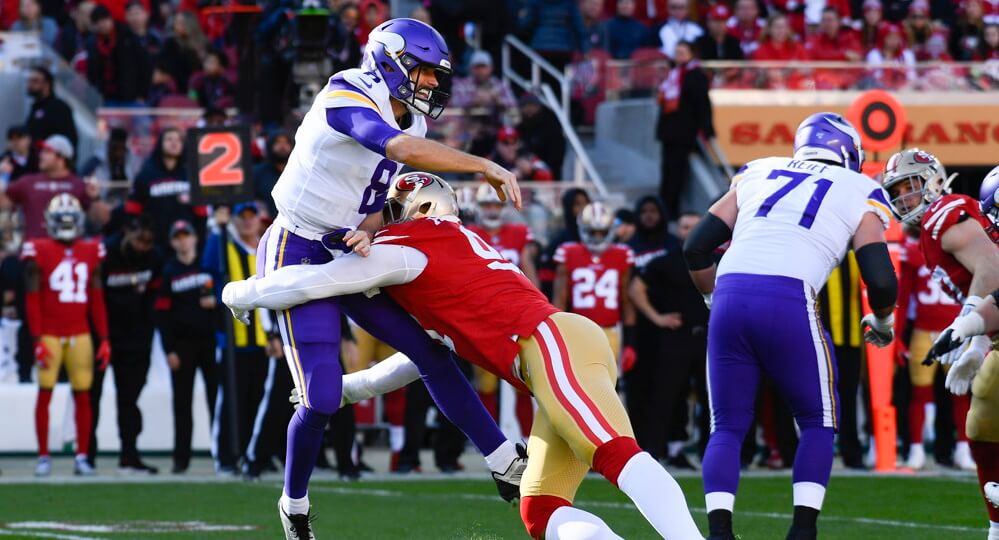 Need an Aaron Rodgers or Matthew Stafford bye week replacement? We may still be without Cam Newton in Week 5. Games may be postponed and the uncertainty continues daily in the 2020 Fantasy season. Luckily, there are more options than usual among our Week 5 quarterback streamers. Don’t be too worried if you have to spot start some of these options.

Teddy Two Gloves makes his streamers debut in the Week 5 Quarterback Streamers. After an impressive performance against Arizona in Week 4, I think it’s time to start taking Bridgewater seriously as a streamer in good matchups. Good matchup is an understatement when it comes to his Week 5 matchup with the Atlanta Falcons who have allowed 4 touchdowns to the quarterback position in every game this season.

We’ve seen some increased volume the last couple weeks since Christian McCaffery left with his ankle injury. McCaffery’s replacement Mike Davis has shown he is a reliable option in the passing game. Davis along with the playmakers at the receiver position gives Bridgewater a handful of exploitable one-on-one matchups against a banged-up and not very good Atlanta defense.

We saw his ability to run with an impressive rushing touchdown last week as well. Look for Bridgewater to have a multi-touchdown game and add some rushing to raise his overall floor.

The return of Jimmy G is coming at the perfect time in a matchup against the Miami Dolphins who rank 27thin defense against Fantasy Quarterbacks. That’s not good. The matchup and the positive injury report has him right back in the Week 5 Quarterback streamers. 49ers’ starting running back Raheem Mostert has returned to practice on a limited basis.

Even if he does return, I expect a conservative approach with him and slightly more pass attempts than usual with Jerick McKinnon serving as more of a pass-catching RB than a between the tackles runner.

Garoppolo finally has a completely healthy supporting cast of pass-catchers. We saw his favorite target George Kittle explode for a 15-183-1 receiving line against the Eagles in Week 5. It should be more of the same recipe for Garoppolo as this offense runs through creative ways to get their playmakers the ball in space. Expect the workload to increase for the 49ers top receiver Deebo Samuel as well as their explosive first-round rookie Brandon Aiyuk, as this team looks to bounce back from last week’s loss.

Finally, a game where the Vikings are actually going to have to throw the ball at least 30 times. As I outlined in a previous streamers column, we are going to be targeting this Seattle matchup almost every week. The combination of constant catch-up mode for opposing quarterbacks and a bad defense is almost too easy for streaming quarterbacks.

ROOKIE JUSTIN JEFFERSON IS HAVING A DAY 🗣🗣🗣

Not even halfway through the third quarter, he has 7 catches, 175 yards, and this TOUCHDOWN 💰

I’m expecting the Vikings will be prepared to open up the passing game. That should be easier with the emergence of rookie Justin Jefferson. The WR opposite of Adam Thielen has always been productive and a go-to weapon for Cousins. Jefferson has averaged over 25 yards per receptionthe last two games, while that seems impossible to maintain, I expect the targets and big plays to be there this week in a favorable matchup.

If you found the Week 5 Quarterback Streamers helpful, you’ll definitely want to check out the rest of our Week 5 Fantasy Football lineup!