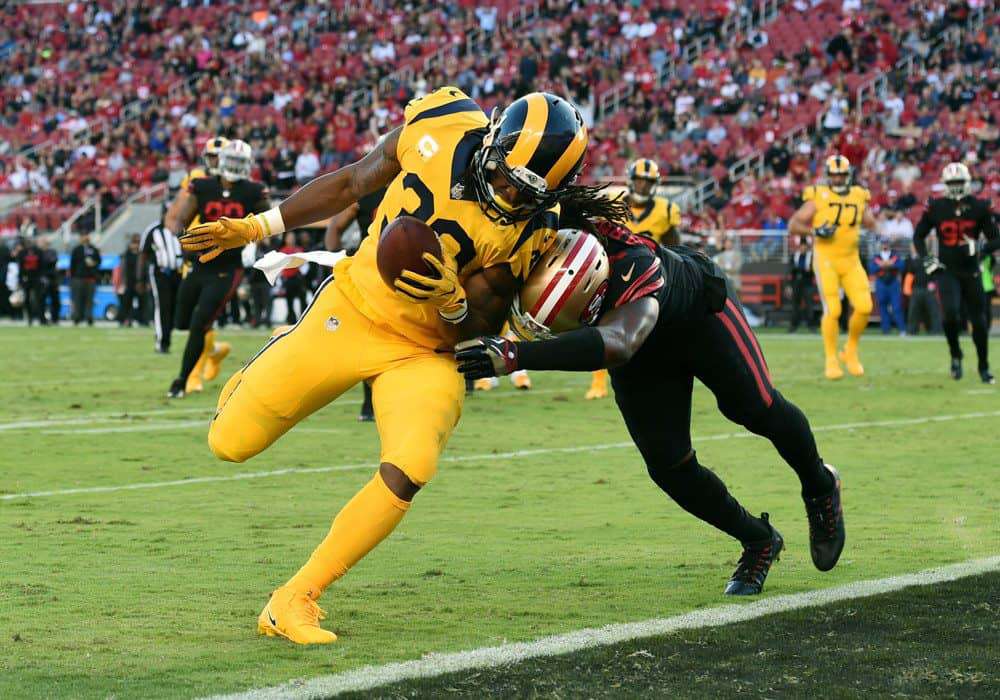 Back in January, I viewed Week 4 as the Milhouse section of the schedule. It seemed like a dud, with very few upset chances and 16 very predictable outcomes. After last weekend, though, *insert fart noise* who even knows anymore. To wrap up September, here are some more weekly rankings. As always, these have your standard PPR league formats in mind.

And in this week’s edition of things that make you go “hmm,” Carson Palmer ranks third in passing yards behind only Aaron Rodgers and Tom Brady. He’s owned in all of 19% of leagues and is facing a 49ers team that allowed 292 yards and 3 TDs to Jared Goff last week. Palmer is worth an add if you’re unfortunately still paired with Philip Rivers, but the Cardinals’ offensive line has allowed the fourth most hits on their QB, don’t forget. The good times are rolling now, but when the tougher defenses appear on the schedule, be wary.

DeMarco Murray has landed. It took only three weeks, but we finally saw a 100+ yard performance last Sunday against the Seahawks. The Titans face another tough defense this week in Houston. Tennessee’s approach last week was to split the carries, as Derrick Henry saw one fewer handoff than Murray did. It’s safe to assume the Titans will roll with this same approach in Week 4, but don’t expect another 75-yard rush from Murray this week. The Texans have allowed zero runs of 20 yards or more this season.

You have to like all of the Saints’ receivers against the Dolphins this week, or wait, do you? This seems like a pretty fair fight on paper, but don’t let last week’s blowout against the Jets fool you. The Dolphins’ defense isn’t that bad, and in fact, they have actually allowed the second-fewest completions and the seventh-fewest passing yards this season. It’s nice to see Michael Thomas and Drew Brees on the same page, especially on deep routes. Thomas will likely draw CB Xavien Howard this week, a matchup that could be 50/50 all day.

Ugh, now we’re into the dregs. I’d love to know the percentage of proposed trades for tight ends across all leagues this week, because I’m sure most of you are scrambling. Anyway, I think it’s fair to expect another big day from Jimmy Graham on Sunday. The Colts defense has allowed an average of 283.7 yards per game this season and has also allowed the most plays of 20 yards or more. Doug Baldwin is downplaying his groin injury, but his status for Sunday night is still up in the air. That spells potential trouble for Russell Wilson’s No. 1 downfield threat, but Baldwin’s absence would mean a larger target share for Graham.