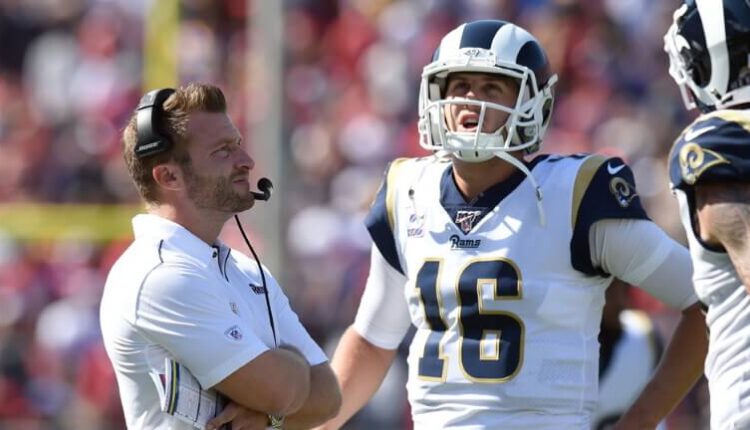 I know I pretty much said we should know everything by Week 9, but we did actually learn a lot. The decision to fade Lamar Jackson from his normal top 5 ranking ended up being the right one, he finished at QB19. Yeah, not good. The lack of passing volume just has not been there for the Ravens and this recipe for success seems to be working. I don’t expect much to change going forward. It’s trends like this that affect our QB’s rest of season outlook. Let’s see how the latest trends affect the Week 10 Quarterback Rankings.

Four more QBs go on bye in Week 10 and one is decently important to your team. On bye this week we have Patrick Mahomes, Matt Ryan, whoever the Cowboys quarterback is, and well, the Jets. How will you replace Patrick Mahomes and Joe Flacco? There are a couple of solid streaming options in Week 10 after a struggle streaming week last week. Tua Tagovailoa and Drew Lock seem to be on the rise in Fantasy and should be available in your league with solid matchups on deck. You’ll find both right in the streamer range of the Week 10 Quarterback Rankings.

One thing I want to mention is that it is important we recognize what passing volume means each week for our Fantasy QBs. It is going to be hard in most weeks for me to recommend streaming players like Kirk Cousins, Jared Goff, Baker Mayfield, and Philip Rivers to name a few. These offenses are based completely on the team’s run game. It is important to focus on matchup and game script when starting players like this. In Week 10, you will see Jared Goff at his highest ranking of the season at QB9, this is due to the matchup with Seattle who does a solid job of stopping the run and is also sure to put some points on the board. It also helps they are historically bad against the pass. Both the possibility of an ineffective run game as well as the potential for a shootout make Goff a viable option in Week 10.

As we approach the Fantasy Playoffs, expect some chalk at the top of the rankings. QBs 8-12 will vary based on matchup but for the most part you’ve more than likely settled in with your Fantasy QB going forward. Some teams may even have two solid options. We are seeing some solid floor plays with a cap on ceiling, but those starts never hurt anyone. Keep an eye on this range each week to see who has some upside. The ceiling is there for plenty of quarterbacks this week. Here are my Week 10 Quarterback Rankings.

If you enjoyed Al’s Week 10 Quarterback Rankings, make sure to check the rest of our Week 10 Analysis for more help in optimizing your lineups.