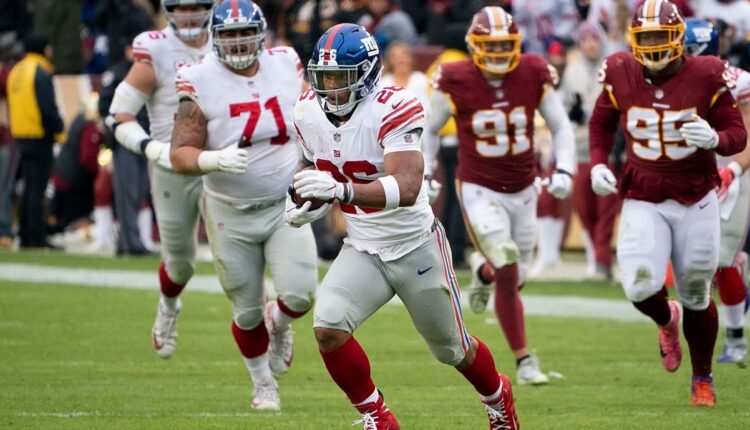 A shortened NFL preseason has not meant a lack of news on the fantasy front, especially at the running back position. There have been plenty of noteworthy moves both on and off the field. With less than two weeks (!) to go until opening night, I wanted to touch on a few of these happenings to help you prepare for your upcoming drafts. I also plan on releasing a rankings update in the next 24 hours to reflect much of the recent developments. In the meantime, lead fantasy football analyst Meng Song has updated his top-200 PPR rankings here.

The biggest news of the week was the season-ending Lisfranc injury suffered by Jacksonville rookie running back Travis Etienne. Etienne was getting a lot of buzz early in camp, particularly as a dual-threat running back. Fantasy managers were routinely drafting Etienne in the fourth round as an RB2 in PPR formats. Of course, I drafted him in our 12-team draft this past Sunday. It’s good to know I’m in midseason form.

James Robinson had a rookie season for the ages in 2020 and should be Jacksonville’s primary ball carrier this year as well. I do not expect him to eclipse last year’s numbers, but he should easily be an RB2 for fantasy. Robinson should have a higher ceiling than Etienne would have, given the reduced competition for touches. The injury to Etienne means that Carlos Hyde could once again be relevant. Hyde had over 1,000 yards rushing in 2019 and could spell Robinson on early downs. However, Hyde will be 31 years old in September and is the definition of a journeyman at this stage of his NFL career. He is still nothing more than bench depth for fantasy purposes. If Robinson were to go down, I would expect Jacksonville to rely on a committee approach rather than running Hyde into the ground.

The Los Angeles Rams fortified their backfield by acquiring Sony Michel in a trade with the New England Patriots. This trade has several implications for running backs on both teams. Michel gets the biggest bump. Fantasy managers were drafting Michel well outside the top-200 overall before the trade. Now, Michel is a viable mid-round selection. I do not expect Michel to overtake Darrell Henderson, but his presence puts a cap on Henderson’s ceiling. Henderson is still the superior back in my view, especially in PPR formats. Henderson took more passing snaps last year (175) than running snaps (172). He will still be the Rams’ go-to back out of the backfield, but I would expect a touch count closer to 15 than 20. That could keep him on the lower side of the RB2 spectrum.

Rookie Rhamondre Stevenson has been a preseason darling, rushing for 193 yards and four touchdowns in two games. It appears he has demonstrated enough for Bill Belichick to deem Michel expendable. However, Stevenson still has a ways to go to compete with Damien Harris for regular-season work. James White still looms as a potential threat for passing down work in the Patriots’ backfield. Harris impressed last year after nearly missing the entire 2019 campaign. The former Crimson Tide back averaged five yards per carry last season and posted Pro Football Focus’ second-highest rushing grade. I like Harris as a weekly Flex. While Stevenson’s stock has risen as a result of the trade, the same cannot be said of Xavier Jones and Jake Funk. The pair had become popular late-round fliers after the injury to Cam Akers, but that ship appears to have sailed with Michel in the fold.

Lions running back D’Andre Swift has missed time this month with a lingering groin issue. Head coach Dan Campbell has admitted that Swift may not be in game shape for Detroit’s Week 1 game against San Francisco. The injury is a concern, but there has been an overreaction to the news. If there is ever a time where fantasy managers should be ok with a running back seeing a reduced workload, it is in Week 1 when our rosters should theoretically be at full strength. If you knew now that Swift would receive 10 touches in Week 1 but would get 15 in every other game, would you drop him on your draft board? I wouldn’t. You could easily plug another running back into your Week 1 RB2 slot. It’s not as if Swift has a plus matchup in Week 1 anyway.

The same could be said of Saquon Barkley, though his injury was much more severe. Barkley suffered a torn ACL tear last September. He also suffered an MCL strain and partial meniscus tear. The Giants activated Barkley off the PUP list, and he has begun taking live reps in practice. He has yet to engage in full contact or 11-on-11 drills. Signs are pointing to Barkley being available for Week 1. Even if he does not suit up for the opener, he should be on the field sometime next month. Barkley is shaping up as this year’s biggest risk versus reward pick. This is another situation where I would not let his availability for Week 1 be the determining factor in whether or not to draft him. I’m staying away in Round 1, but understand those willing to take the plunge.

Other News and Notes

Atlanta released Javian Hawkins on Tuesday. The undrafted free agent was quickly scooped up by the Tennessee Titans. Hawkins had been on the radar as a potential end-game pick, but he will not have any fantasy relevance this season. Qadree Ollison is firmly entrenched as Atlanta’s backup behind Mike Davis. Ollison has just 24 NFL touches under his belt, but could carve out a role in due time. Davis should get all the work he can handle in Atlanta. Volume is often king in fantasy football, and there are few backs projected to have more volume this season than Davis.

Chiefs running back Clyde Edwards-Helaire suffered an ankle injury in last week’s preseason tilt. The injury does not appear serious, but this could be a situation worth monitoring. Edwards-Helaire was poised to be featured more prominently in Kansas City’s high-powered offense. Time will tell if this injury causes head coach Andy Reid to think twice about relying too much on the second-year back. Darrel Williams would be the primary beneficiary if Edwards-Helaire were to miss time, with Jerick McKinnon sprinkled in. However, I believe the more likely plan of attack in that scenario would be for the Chiefs to lean on Patrick Mahomes and the passing game more.

Fantasy Baseball: Pitchers To Start/Sit Down The Stretch