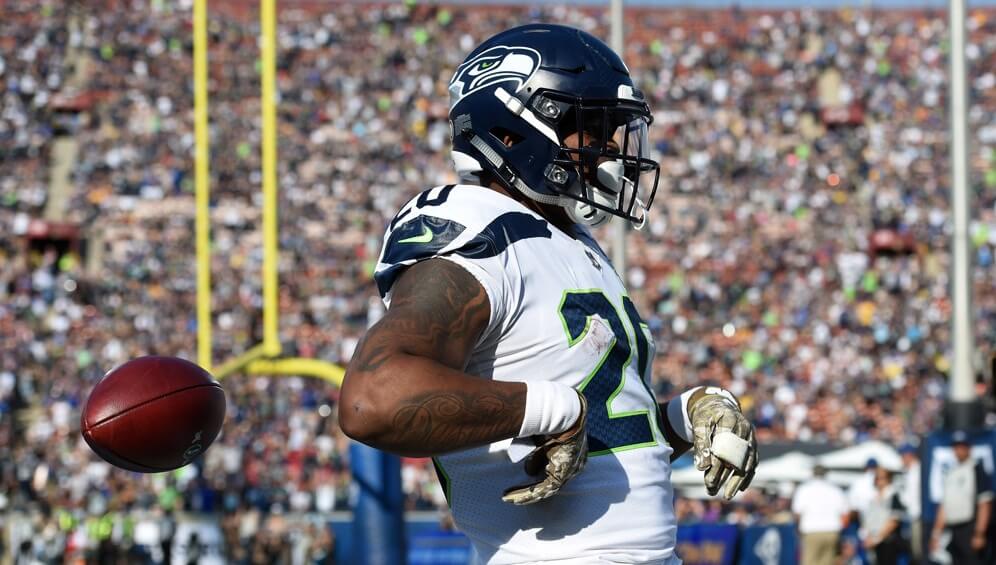 The bye weeks are over and now your singular focus is on either making the playoffs or nailing down a top seed if you can. With no more players being unavailable in any given week due to scheduling, you can truly fashion your ideal lineup every week. The trade deadline has passed, and using your Fantasy Football FAAB dollars likely won’t lead to some sort of major acquisition at this point. Your team really is what it is right now.

But you should continually work the free agent list, as you want to build depth for your postseason run. Injuries and coaching decisions could easily boost or hurt the values of some of your lesser starters that you use to build around a core of must-start players. Every roster and lineup move becomes so much more important now as we move into postseason territory. Make all the moves count.

Rashaad Penny, Seahawks (62 percent owned in FanTrax leagues): He is more widely available on other sites and could be the most added player of Week 13 after a career day against the Eagles. Penny rushed for 129 yards and scored on a 58-yard run, both of which were highs in his two years in the league so far. Ideally the Seahawks would like to use Chris Carson and Penny to complement each other with their distinctive styles. But Penny must show he can build on this outing next week against Minnesota before you can really use him with confidence.

Fantasy Football FAAB Recommendation: 45 percent of your remaining budget. Don’t go overboard, because Penny may still be a part-time guy at best.

Benny Snell Jr., Steelers (33 percent owned): Pittsburgh wanted to add a new spark to their offense in Week 12, and Snell was a surprise lead ball carrier, with 98 yards on 21 attempts. The Steelers seem to be juggling personnel and making notable changes as they try to pump some life into the running and passing games. Snell could remain the starter if James Connor continues to miss time and he has a good chance of continuing as the top handcuff to an oft-injured starter.

Qadree Ollison, Falcons (12): He has scored in two consecutive games and could be in line for a larger role soon as Devonta Freeman may miss more time with a foot injury and Brian Hill has not performed well as a fill-in. Ollison is a physical rookie who could also get a longer look down the stretch from the Falcons as they examine more of what he could do in the future.

Cole Beasley, Bills (70): He should be available on many other sites. Beasley has emerged as a dependable target for an improving Josh Allen and the WR is becoming more Fantasy-relevant than ever before. He has four catches in his past three games and has scored in four of his past six.

Fantasy Football FAAB Recommendation: A good depth piece for your Fantasy postseason. Spend 20 percent of your remaining budget on Beasley.

Mecole Hardman, Chiefs (65): The early indication is that Tyreek Hill’s hamstring injury is minor. But this is not the first time he has been injured, and Hardman could see a larger role in the offense if Hill becomes unavailable again from here on. Plus, it seems someone has to truly emerge as a more regular playmaker behind Hill and Travis Kelce in the Kansas City passing game.

Fantasy Football FAAB Recommendation: It won’t take too much to get him right now, about eight percent. Roster him as insurance in case you are a Hill owner.

Alex Erickson, Bengals (20): The return of Andy Dalton to the starting lineup can make Erickson relevant again. In the last two games of October, he had 14 receptions for 234 yards. Erickson may be Cincinnati’s best chain mover in the passing game, and he is an internal favorite who may get more targets now as he builds to his future in Cincinnati.

Fantasy Football FAAB Recommendation: It should only take about three percent of your budget. He could be useful in larger leagues during the Fantasy playoffs.

Ryan Griffin, Jets (53): We used some Family Guy references in this space last week to recommend Griffin, but maybe that made you sigh and move past the suggestion. He is still available in too many leagues. So take us seriously this week, as Griffin has become a prime TD threat for the recently rejuvenated Jets offense.

Kyle Rudolph, Vikings (68): Many owners laid off adding Rudolph last week because he was on a bye. That was really no excuse to not grab him if you needed TE help, and now there is no reason not to add him and plug him in right away. Rudolph has re-emerged as a regular scoring threat and faces a Seattle team that is vulnerable to the TE position on Monday.

Ryan Tannehill, Titans (49): The stench of his failed tenure in Miami lingers to many Fantasy owners, who are resistant to shed labels and narratives. Well, here are new narratives on Tannehill: He is now a consistent scorer in the 20-point Fantasy range and is playing with the best supporting cast of his career. If you are streaming QBs he should be added.

Sam Darnold, Jets (71): He is readily available on some other sites and in many seasonal leagues. Darnold has thrown for 608 yards and six TDs in his past two games and gets the Bengals and Dolphins as his next two matchups.