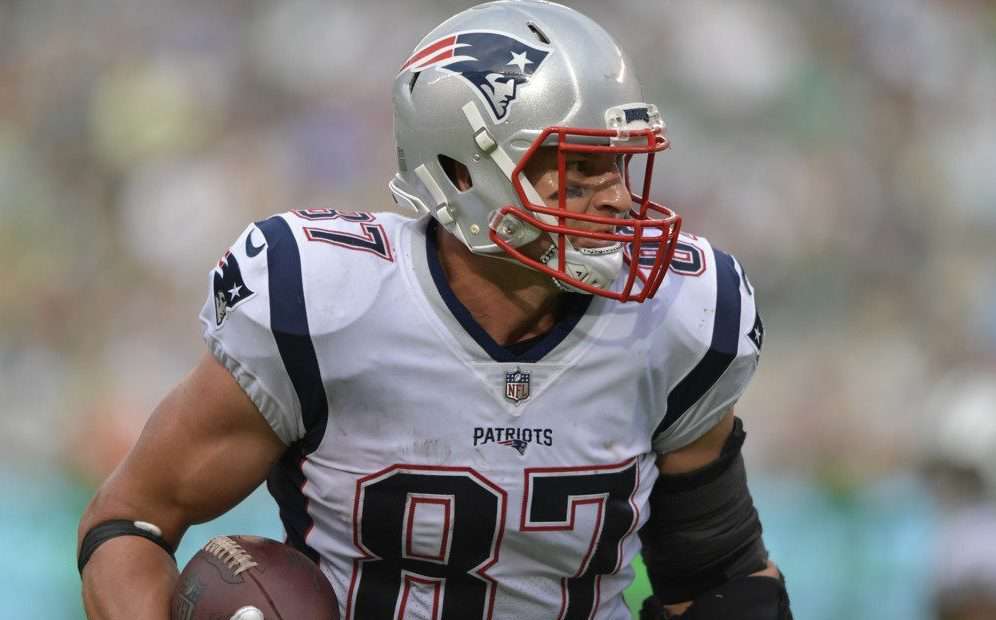 Well, folks, we have finally reached the Conference Championship games. Sunday’s games will decide who competes in Super Bowl LII. Only one of the four teams still standing finished above .500 a season ago. That, of course, would be the New England Patriots, who won last year’s Super Bowl and are favored to repeat this year. The Patriots will host the Jacksonville Jaguars in Sunday’s first game.

The Jacksonville Jaguars won just three games last season. Their incredible turnaround has been kickstarted by the continued development of their talented young defense combined with the presence of Leonard Fournette to bolster their running game. The Jaguars’ improved rushing attack has helped to protect quarterback Blake Bortles. The ageless Tom Brady led New England to another division title and a 13-3 record. New England is making their seventh straight appearance in the AFC Championship Game. Brady is two victories away from becoming the first player in NFL history to win six Super Bowl titles. A Patriots’ championship would also make Bill Belichick the first person to earn eight Super Bowl rings.

The way one approaches DFS this week is going to be largely based on where he or she plays. On FanDuel, the range of salaries seems to be much more narrow than it is on DraftKings, for instance. As such, values seem much easier to find on DraftKings. As always, there are some potentially exploitable matchups on both sites. Here are the players we should keep an eye on when setting our conference championship DFS lineups.

Blake Bortles put together a passable fantasy performance in Jacksonville’s 45-42 victory last week in Pittsburgh. Bortles finished with 214 passing yards and one passing touchdown. Bortles tacked on another 35 yards on the ground. Jacksonville scored on their opening drive and never led by fewer than seven points for the rest of the game. Because they got out in front early, Bortles was not asked to do a whole lot. Last week’s game was a dream scenario for Jacksonville, but one which is unlikely to recur this week. The odds of New England falling behind 21-0 in this game are slim to none. The Jaguars are going to have to put up points in this game. Bortles should easily exceed the 26 pass attempts he garnered against Pittsburgh. This should only enhance Bortles’ fantasy prospects. New England allowed 7.32 yards per attempt during the regular season. That number is significantly higher than those of the other three remaining teams. Also favoring Bortles is this games’ likeliest game script. If New England gets ahead by a significant amount, the Jaguars will be forced to throw the ball more often. Bortles has become infamous for his garbage-time fantasy production, and that scenario is definitely in play on Sunday. I think it’s highly possible that Blake Bortles is this week’s best quarterback value, particularly on DraftKings, where his salary is just 64.9 percent of Tom Brady’s and 75.8 percent of Case Keenum’s.

Leonard Fournette continued his impressive rookie campaign by gashing the beleaguered Pittsburgh run defense last Sunday. He finished the game with 109 rushing yards and three touchdowns. His final numbers could have been even better under different circumstances. T.J. Yeldon vultured a second-quarter score, and Fournette missed most of that same quarter following an ankle injury. Jacksonville will look to employ a similar gameplan this week to the one that was so effective for them in Pittsburgh. Fournette touched the ball on exactly half of Jacksonville’s first 26 plays before his second-quarter exit. Jacksonville is sure to use Fournette as much as possible once again in this matchup. New England also allowed the highest yard per touch allowed to opposing running backs in the NFL this season. Enemy running backs averaged a whopping 5.71 yards per touch against New England. Fournette saw at least 20 touches in 10 of 13 regular season games this year. It is worth noting that New England held Derrick Henry to just 28 yards rushing last week, and have limited all running backs to just 2.72 yards per carry over their last three games dating back to the regular season. Interestingly enough, Fournette is $800 more expensive than Dion Lewis on FanDuel, but $900 less than Lewis on DraftKings. Jaguars’ backup running back Yeldon ran for a score and actually led the team in receiving yards last week. However, Yeldon’s ceiling is severely capped by Fournette’s projected heavy workload. I would pass on Yeldon barring a late-week setback to Fournette’s oft-injured ankle.

As Jacksonville was able to take an early lead and avoid throwing the football with great frequency last week, none of their wide receivers stood out in the boxscore. Keelan Cole played just 23 snaps but led the way with 45 yards, all of which came on a single catch. Marqise Lee was heavily targeted early but was rendered insignificant once Jacksonville took a commanding lead. After leading the way during Jacksonville’s Wild Card victory against Buffalo, Dede Westbrook was held to just eight yards on one catch and three targets last week. Allen Hurns parlayed 17 snaps into just one catch for 12 yards on two targets. All told, the Jaguars’ wide receiver corps has combined for a paltry 141 scoreless yards this postseason. All four wide receivers are cheap enough that they are worth considering given the likely game flow. However, it is extremely difficult to discern which one (if any) will make an impact. Hurns has the best individual matchup in the slot against Eric Rowe. Malcolm Butler and Stephon Gilmore make a formidable duo on the outside, though Butler was beaten for two scores by Corey Davis last week. The Patriots usually do not shadow opposing wide receivers, and I do not think any of Jacksonville’s wide receivers pose enough of a threat for New England to change that strategy. With the uncertainty regarding their expected production and with very few high-priced players on the board this week, there is really no need to start any Jacksonville wide receiver this week. If pressed, I’d lean toward Lee, but that is hardly a vote of confidence.

Tom Brady threw for 337 yards and three touchdowns in what turned out to be an easy 35-14 victory over Tennessee. Brady will face a tougher test on Sunday against one of the league’s best units. Jacksonville did surrender 469 passing yards and five touchdowns to Ben Roethlisberger last week, but that performance comes with the huge caveat that Jacksonville may have let their foot off the gas a bit after jumping out to a 21-0 lead. Brady has struggled at times against teams who bring consistent pressure with their front four, which is a strength of Jacksonville’s. Tom Coughlin, Jacksonville’s Executive Vice President of Football Operations, knows all too well how to rattle Brady. His Giants defeated Brady in two Super Bowls. In those games, Brady averaged just 6.09 yards per attempt. Jacksonville allowed just 5.99 yards per attempt during the regular season. Even with these numbers seemingly favoring the Jaguars in this matchup, Brady has proven time and time again that betting against him is usually a costly mistake. It’s safe to say that Brady has the highest floor and ceiling on a slate without a lot of expensive options at other positions. One can make the argument to start Case Keenum or Blake Bortles based on salary constraints, but Brady provides such security and stability at such a vital position that I would rather find discounts elsewhere and start Brady wherever possible.

We mentioned last week that Dion Lewis has quietly been one of the best fantasy running backs in all of football during the season’s second half, and he once again proved why last week. Lewis finished with 141 yards from scrimmage in the win. Most of his damage was done receiving against a Tennessee team that was stout against the run but had allowed a league-high 967 receiving yards to opposing running backs during the regular season. Jacksonville is no slouch against the run themselves, but they too have struggled in the playoffs against well-rounded running backs. LeSean McCoy totaled 119 yards while playing on a badly injured ankle, and Le’Veon Bell torched Jacksonville for 155 total yards and two touchdowns last week. Lewis’ DFS price has risen to the point where may no longer be an obvious bargain, but his production warrants consideration in all formats. Lewis has 20 receptions over his last three games. His all-around game makes him a tough fade, particularly on a slate without many high-volume running backs. Complementary parts Rex Burkhead and James White comprise the rest of the Patriots’ backfield. Burkhead is likely to return this week following a month-long layoff, while White scored two touchdowns on just eight touches in last week’s game. It will be interesting to see how offensive coordinator Josh McDaniels approaches this game. As Warren Sharp points out in this piece, it may behoove the Patriots to eschew three-receiver sets based on the success Jacksonville has had against “11” personnel (one running back, one tight end, three wide receivers). The versatility of all three running backs would make it easier for New England to employ “21” personnel, which consists of two running backs, one tight end, and two wide receivers. I believe we will see Burkhead and White run a lot of routes out of the backfield and out of the slot. Burkhead’s price is still a little high for my liking, but I would not be surprised to see him hit value. White is still cheap enough to use in DFS this week, though I’d feel better about doing so if Burkhead were to miss the game.

Brandin Cooks caught just three passes for 32 scoreless yards in New England’s victory against Tennessee. He will now take on the nearly unbeatable cornerback duo of Jalen Ramsey and A.J. Bouye. Cooks is the third-highest priced wideout in this weekend’s slate. Antonio Brown did catch two amazing touchdowns against Jacksonville last week, but counting on that type of performance from Cooks does not seem like a wise idea. Chris Hogan had just one catch for four yards upon his return to the lineup but did play on 82.7 percent of New England’s snaps last week. Like Cooks, he will face a tough challenge against Jacksonville’s perimeter defenders. His DFS price is a little too rich for my blood, but we’ve seen Hogan thrive in the playoffs before. Hogan’s return last week was thought to relegate Danny Amendola to an ancillary role. Instead, Amendola caught 11 balls for 112 yards. Amendola may be in line for another healthy workload given his potential role against Jacksonville’s Cover 3 defense. However, his price is quite inflated for a player who reached five fantasy points in just two of his final 11 regular season games in standard leagues. Amendola certainly could put up decent PPR numbers this week, but I think I am more likely to use Burkhead and/or White given their usage in scoring territory and the possibility that New England runs fewer three-receiver sets than usual. Rob Gronkowski is easily the best tight end on the board as usual. Gronkowski’s ownership will be even more inflated than usual this week after everyone watched Vance McDonald light up the Jags for 112 receiving yards on 10 catches. McDonald caught most of his passes on simple out patterns during catch-up mode, so I would not expect a 10-catch performance from Gronkowski. But it goes without saying that Gronkowski is a fantastic play this week.