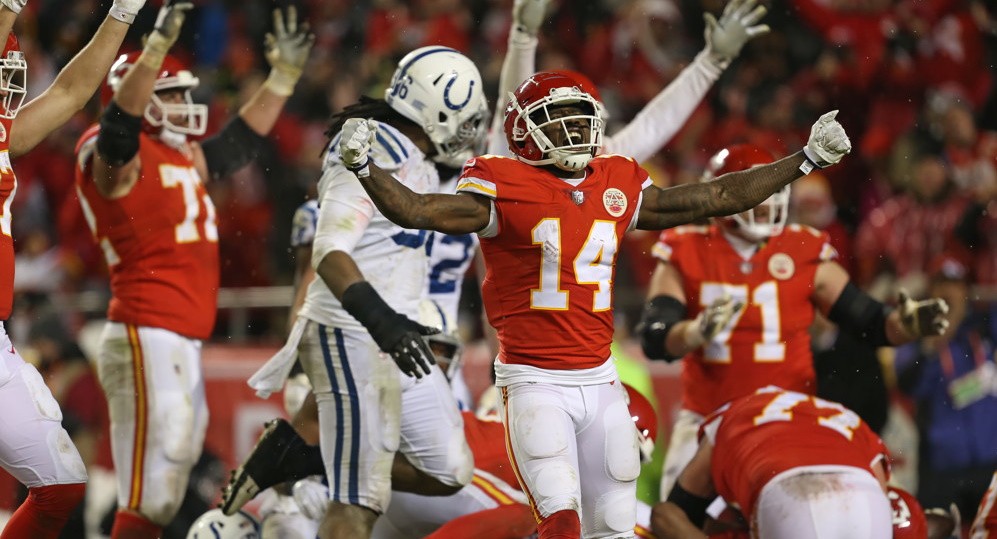 It’s hard to believe it is already Week 11. We are a mere two weeks away from playoff action in some leagues, and three weeks in most formats. Make sure to read up on the Week 11 NFL inactives report below, as fantasy managers need to be in the know as to which of their players they can expect to play. As always, good luck to all!

Joe Mixon will miss his fourth straight game due to a foot injury, and it isn’t know exactly when he will return. The fact he didn’t practice all week leaves his Week 12 status in doubt as well. Giovanni Bernard is once again a high-end RB2 with RB1 upside.

Unfortunately for Brees and the Saints, their starting quarterback will now miss at least the next three weeks. Brees suffered broken ribs and a partially collapsed lung after being injured last week. Taysom Hill will get the first crack at taking over for Brees, as Sean Payton has said Hill will receive all the snaps. Jameis Winston will be waiting in the wings.

Shenault will miss his second consecutive game with a hamstring injury, as he won’t suit up against the elite Pittsburgh defense. This is a blow to the Jaguars outlook, as they simply don’t have enough weapons to threaten many defenses.

After getting in limited practices this week for the first time in two weeks, the Jacksonville starting quarterback is listed as questionable for Sunday. However, going against the Steelers, the Jaguars are likely to err on the side of caution and hold Minshew out at least one more week.

Harris was questionable last week, but this has seemingly been the case for three weeks now. Not coincidentally, this has been the same time frame that Harris has been the lead back in New England. Expect him to suit up, and to be an elite play against a bad Texans defense. He is three or four targets a game away from being a top 10 option at running back.

Harry got in a limited practice on Friday and looks likely to play Sunday. He has not been good this season, and there is little reason to think that changes.

Julian Edelman still hasn’t been designated to return and will miss yet another game following a knee procedure that put him on the IR.

The once elite tight end just continues to look like more of a lost cause this season, as he will miss another game after being eligible to be activated off the injured reserve. Ertz is likely losing his starting tight end role to Dallas Goedert, so it is unknown what his role will be when he does return.

In case you haven’t heard, Myles Garrett will miss Sunday after being placed on the COVID-19 reserve list. This is a significant blow to the Cleveland defense in case anyone was streaming them this week.

What a massive blow to Detroit’s offense heading into their Week 11 matchup with Carolina. They will be missing their two most talented players in Golladay and Swift. It looked like Swift was taking over as the lead back following his Week 10 performance… unfortunately fantasy football doesn’t let us have nice things sometimes. We will have to wait at least another week to see if the rookie is indeed taking over. Stream Carolina’s defense if they are available.

Stafford should suit up on Sunday, but unfortunately, he will be missing the previously mentioned two players. He is going against a below-average defense, but that may not matter when Detroit is throwing out the players they will have available. He won’t be a recommended starting quarterback in one QB leagues.

If not having Golladay wasn’t enough, Stafford will be without his safety blanket in the slot. Amendola has already been ruled out for Week 11. Expect Marvin Hall and Quintez Cephus to play a lot of snaps in his place.

Once again we will not see the McCaffrey in what would have been a juicy matchup against the Lions. Mike Davis is a locked in RB1, and you could see Carolina dominate the clock with the Lions lacking playmakers.

Only in the deepest leagues will this matter, but Tennessee will be without their slot receiver in Adam Humphries after being ruled out following a concussion.

Nick Boyle has been ruled out for the season following an injury to his knee. This is huge news for several reasons. Mark Andrews is now the only healthy tight end that has played this season, and he should be a primary target for Lamar Jackson going forward. It also really hurts the Ravens’ run game, as they have the most success when they have two or three tight ends on the field. In what was an offense that was already trending down, perhaps takes even more of a hit.

Darnold is unlikely to play in Week 11, but word is he has a good chance to return in Week 12. I personally would really like to see Darnold given a chance with his full first team unit for the first time this season. Joe Flacco looked decent against New England with that unit, so let’s hope Darnold gets a chance to show he really isn’t a bad quarterback.

Austin Ekeler should be back in Week 12, and that is exciting to hear for his fantasy owners that have patiently waited. What will be interesting to see will be his usage. Kalen Ballage has looked excellent in his two games with Los Angeles, and I wouldn’t expect him to be faded out.

Fant is listed as questionable but should suit up against the Dolphins in Week 11. Unfortunately, he has yet to have a great game with Drew Lock outside of Week 1, hopefully, that can change in Week 11.

What is it with Denver and rib injuries? Either way, Lock should be ready to go against Miami after getting in a limited practice on Friday. If for some reason he doesn’t go, Brett Rypien looks like the quarterback to own in Denver.

Smith didn’t play in Week 10 due to this injury and is now questionable heading into Week 11. He got in limited practice reps all week, so the young tight end should have a shot at suiting up.

Perhaps no one is more excited with the potential return of Allen Lazard than Aaron Rodgers. In three games this season as a primary target, Lazard had 17 targets, including two games of 20+ fantasy points in PPR leagues. If healthy, Lazard is a strong WR3 play, with even more upside.

Watkins could finally make his return in Week 11 and would be a much-needed boost for the Chiefs. With Mecole Hardman ruled out already, Watkins’s status should be monitored closely.

The Chiefs number four option in the pass game will miss Week 11 following his placement on the COVID reserve list. While not consistent in terms of fantasy, he helps the Chiefs’ offense drastically, as teams have to keep a safety over top to maintain him and Tyreek Hill at the same time.

This could be concerning, or it could be nothing. Gronkowski had been practicing all week, then unexpectedly missed Friday’s practice. It was non-injury related, so this could just have been a routine day off. If Gronk plays, he has become a locked-in top-five option at the position.

If you enjoyed Justin’s Week 11 NFL Inactives, make sure to check out the rest of our Week 11 Analysis for more help in optimizing your lineups.