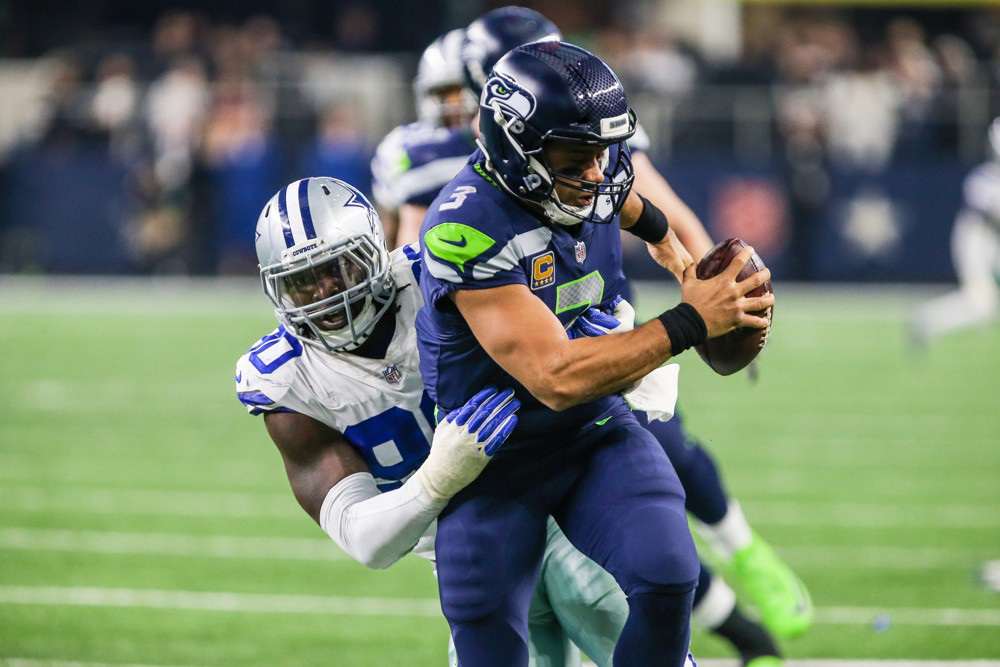 Wait Until Round Five

Another 2-QB draft strategy is to wait until round five to take your first quarterback. If you use this strategy, then you should have stud running backs and wide receivers in the first four rounds. However, in rounds five and six, you should draft two quarterbacks. Check out Fantasy Football Calculator, and it will help give you an idea of ADP in 2-QB leagues. You will notice that 21 quarterbacks are drafted by the end of round eight in a 12-team league.

A third 2-QB draft strategy would be to take the late-round quarterback approach. There are a couple of ways to go about this. One way would be to draft one quarterback in the fifth round and then take a couple of quarterbacks on the same team later. Or wait until the double-digit rounds to draft a combination of the Patriots, Chargers, or Dolphins starting and backup quarterbacks. For instance, you might end up with Cam Newton and Jarrett Stidham paired with Ryan Fitzpatrick and Tua Tagovailoa.

After drafting two quarterbacks, I prefer to take a third backend quarterback like Gardner Minshew, Teddy Bridgewater, or Ryan Tannehill. Just like other positions, you will want backups to fill in due to injuries or bye weeks. If you only roster two quarterbacks, then it will be hard to find an adequate replacement on waivers. It will also be especially dicey during bye weeks since generally all starting quarterbacks are rostered.

So why should we draft NFL backups in a 2-QB league? When there is a quarterback injury, it’s better to have one of the backup quarterbacks rather than trying to bid or hope you can add them on waivers. Almost like handcuff running backs, handcuff quarterbacks provide extreme value in 2-QB leagues. A few top backup quarterbacks to target in drafts include Jameis Winston, Jarrett Stidham, and Justin Herbert. Also, remember that eventually, the quarterbacks run out in drafts, and there are not too many sleeper picks in the later rounds like with other positions.

Quarterbacks to Target in 2-QB Leagues

Now let’s look at quarterbacks to target in 2-QB leagues. Since teams are drafting most or all starting quarterbacks, you should be looking at all quarterbacks. A few of the top-end ones I prefer include Russell Wilson, Deshaun Watson, Dak Prescott, or Kyler Murray. Then I’ll look to grab a middle-tier quarterback such as Daniel Jones, Carson Wentz, or Matt Ryan.

Other middle-tier quarterbacks to target include Matt Stafford, Jared Goff, Kirk Cousins, or Gardner Minshew. If I wait to draft a quarterback until this middle-tier, then I expect to be loaded at running back and wide receiver in the first several rounds. Although I prefer to draft two quarterbacks in the first four rounds because sometimes drafts do not end up going the way you think. Every fantasy draft is different, so you’ll need to adjust accordingly.