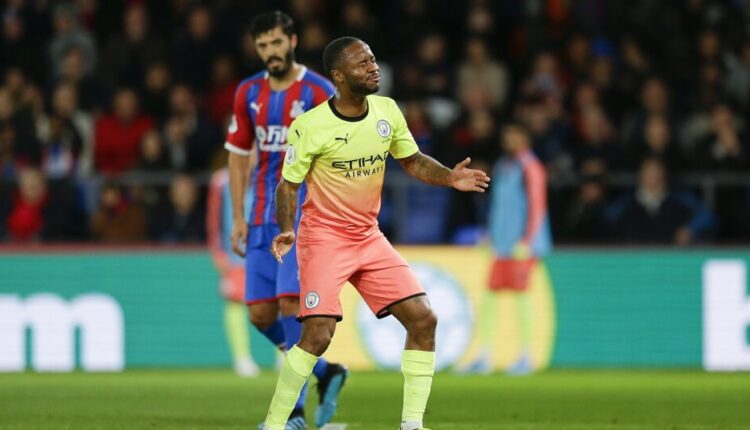 In the world of Fantasy EPL, the value of players changes each gameweek. Through trades you try to jump on players who could go on a hot streak, and jump off players that look set for a rough time. Timing these trades, and knowing when to sell/buy each player, could be the key to a title winning season. Use these Fantasy EPL Trade Targets to increase your chances of success!

This article will give you 3 players that you should consider selling high on, as well as 3 players to consider buying low. It can sometimes be hard to offer usable assets for a player that’s playing poorly. When it comes to top players there is a saying that should be followed; form is temporary, class is permanent.  I will outline the value to try and get, and potential trade targets, for each player as you finalize your team during this international break.

Prospects: Deulofeu has managed 3 consecutive starts with 2 goals and 1 assist in that span. While in and out of the lineup this season, there is every chance that with Deeney back he could become a rotation risk again. We have seen him dropped after a good performance before, so it is possible it could happen again. With Deulofeu performing like a FWD2, that is exactly the kind of value I would try to acquire now. I would aim for either a FWD2 on a better team that may be under-performing such as Lacazette or Zaha. I would also look to sell him for a MID2 and an upgrade in a defender. Midfielders such as Dele, Anderson, David Silva would be decent trade targets. With rumors swirling that Milan is interested in him in January as well, now is the perfect time to sell high on the Watford forward.

Prospects: Richarlison has been a great value this year, and has improved his ghost points output. With that being said, I expect to see his value fall by Boxing day. After their game vs. Norwich, Everton play 4 of the traditional top 6 and Leicester City. Richarlison could fail to get a return in any of those games, and Everton comes away with 0 points. Ahead of the Norwich match is the perfect time to sell him, the opposing manager will be very intrigued by his next match, and maybe overlook that horror schedule after that. In recent history, we have seen Richarlison fall off a cliff around November ever since he has been in the EPL. I would look to get back a FWD2/MID2 + MID5/DEF3. Look for top players such as Jimenez, Zaha, King, Dele, David Silva and pair them with lower-end value players such as Shelvey, Tomori, Jonny.

Prospects: Pulisic has been on fire with 5 goals in 3 starts, since being introduced back to the starting XI. The question is: Can he really sustain this? As good as he looks, and as strong as Chelsea are these statistics are not sustainable. As well we have to factor in the potential rotation risk of Hudson-Odoi, both players are young and talented and Lampard will want to keep both happy and injury-free. There cannot be a better time to sell Pulisic at his all-time high. Over the last four gameweeks only Jamie Vardy has outscored Pulisic, and Pulisic had 1 less start.

I would try to sell Pulisic as a MID1 and look to get back a first-round pick for him. Try to approach the Salah, Sterling, or Mane owner and offer a package including Pulisic and a defender or two to sweeten the deal. Find the Chelsea fan or the manager calling Pulisic “Captain America” and target their best player. Now is the time when you can reap the rewards for patience with Pulisic and truly get a top 5 player; either in a 1:1 deal or through a few add ons.

Prospects: Sterling is enduring a tough run, managing only 1 goal and 1 assist in his last 5 games. Sterling was a top 3 draft pick this season, but after that first game vs. West Ham hasn’t been that explosive. Manchester City as a whole haven’t scored as many goals, and have struggled to win some close games. I still believe Sterling can end up a top 5 player this season, and now is the time to go in for him as a trade target. His ghost points are still respectable, and you can probably give up 2 or 3 lesser players to get a rotation proof winger on a title challenger. I would look to offer a MID2 + FWD2 to get back Sterling. You combine any of these players: Lacazette, Buendia, Anderson, Dele, Richarlison, King. I would also throw in a DEF2/DEF3 to try and sweeten the deal.

Prospects: Pogba has missed the last 5 EPL matches due to injury. He looks to be closing in on a return, and now is the time to target him. Owners of Pogba may be getting frustrated with their first-round pick only playing 5/12 matches this season. When Pogba comes back, there is every chance he locks down the #10 role with Fred and McTominay playing so well. This will boost Pogba’s value, making him more of an attacking threat. I would try to offer a MID2/3 who has been performing well in a 1:1 for Pogba. Try to offer the likes of Dele, Buendia, Trossard, or Tielemans. If that is not enough throw in a defender or a low-end bench mid to sweeten the deal. Add a player you can find a decent streaming option to replace, when Pogba is back he should more than make up the points lost.

Prospects: Harry Kane is on 6 goals in 11 games for the season, and will hopefully be in contention for the golden boot. As a first-round pick, Kane has been a huge disappointment, but his recent England form and decent Spurs fixtures could help turn that around. We all know Kane loves to shoot, and hopefully, the addition of Lo Celso to the Spurs attack will help provide him the service needed. Managers may be reluctant to give up Kane given his consistent history, but after averaging 6.5 points the last 4 weeks, now is the time to move in on him as a trade target.

I would to try offer a MID2/3 + FWD3 to get back the Spurs forward. Try to offer the likes of Gross, Ndidi, Anderson, David Silva with Joelinton, Deeney, or Ayew. Always try to throw in an extra defender/MID5 to get the deal across for top players like Kane.