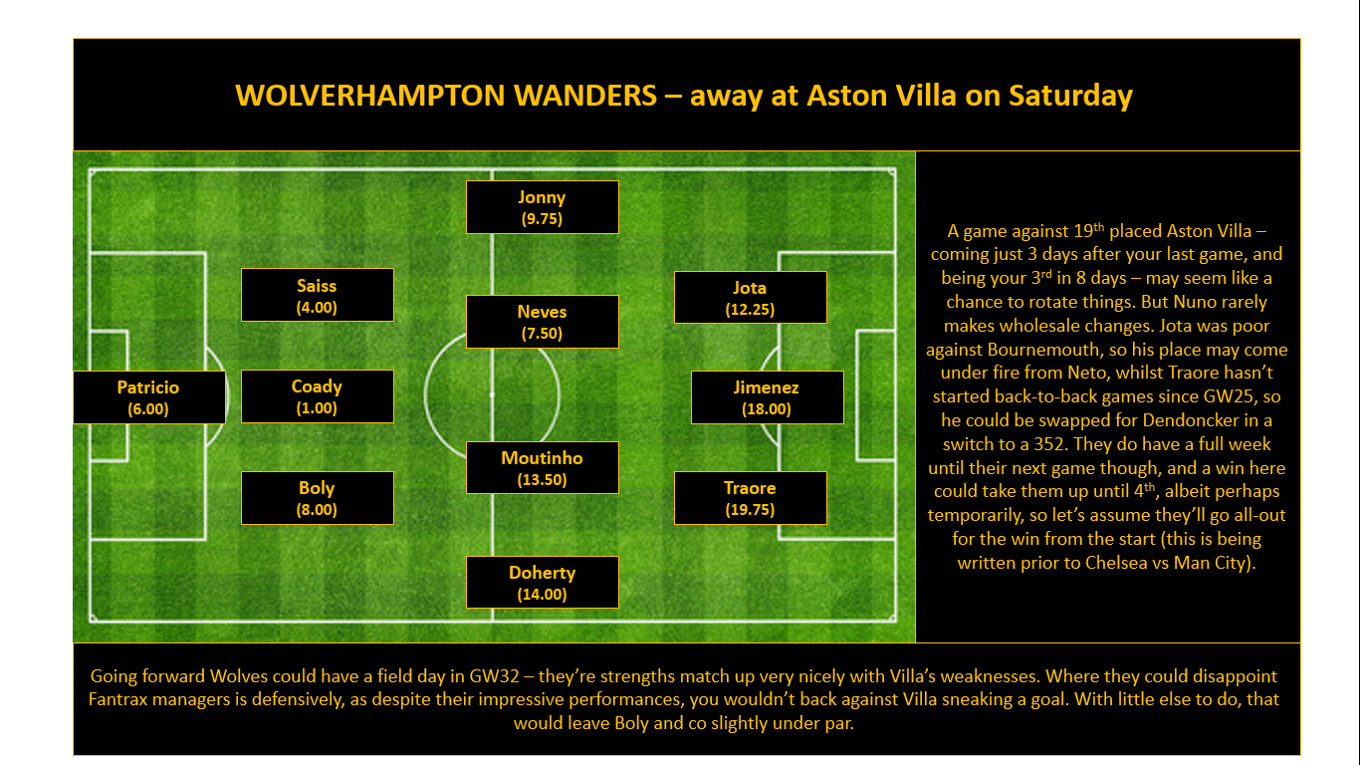 And now we can add F.A. Cup quarter final matchups to the list of things making EPL projections impossible! So that makes it:

So what are we waiting for?

(Note: this article was written prior to the Chelsea vs Manchester City game on June 25th. All numbers are based on Togga scoring. Projected points appear in brackets under the player’s name. The process explaining these projections can be found at the foot of the article). 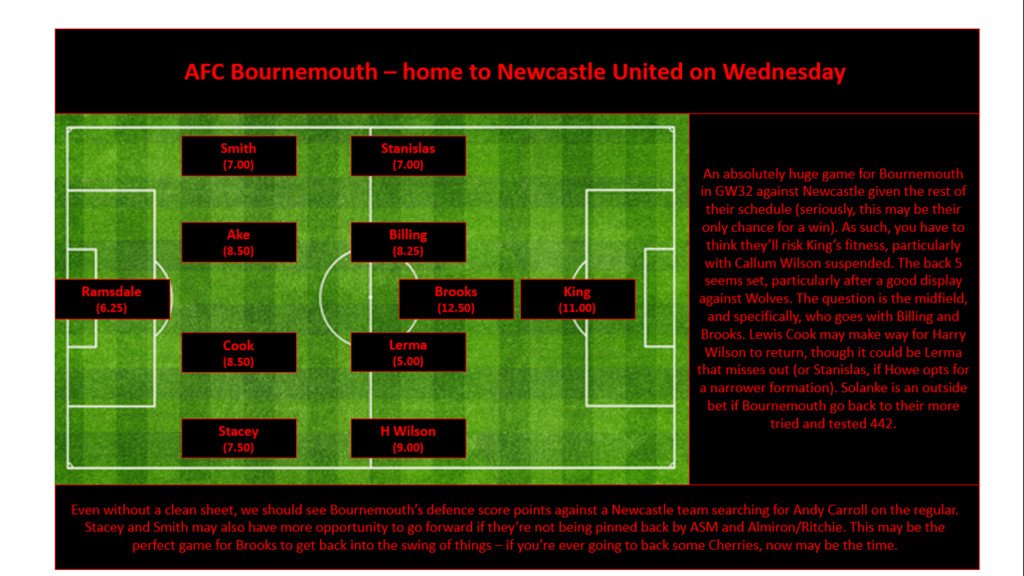 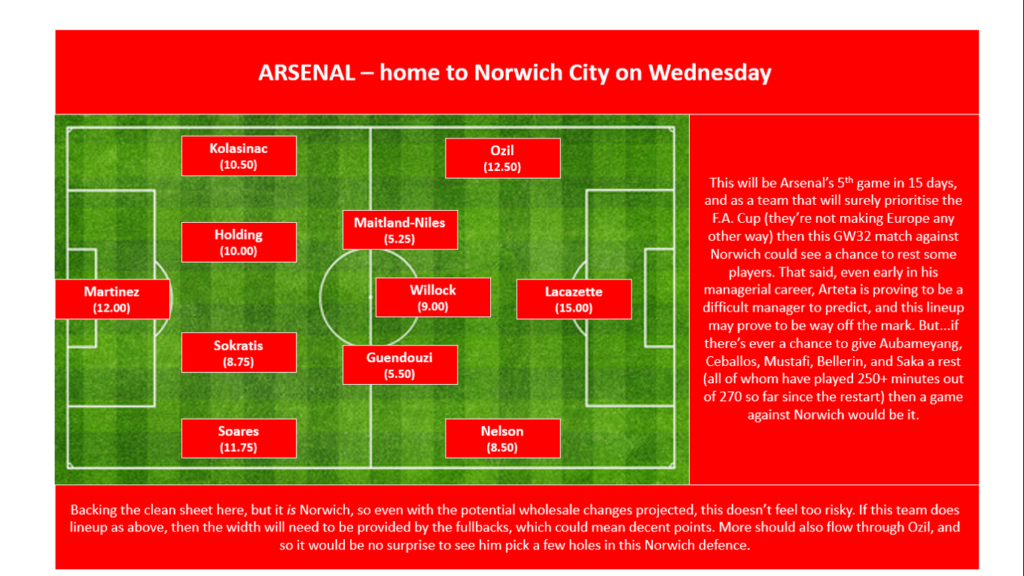 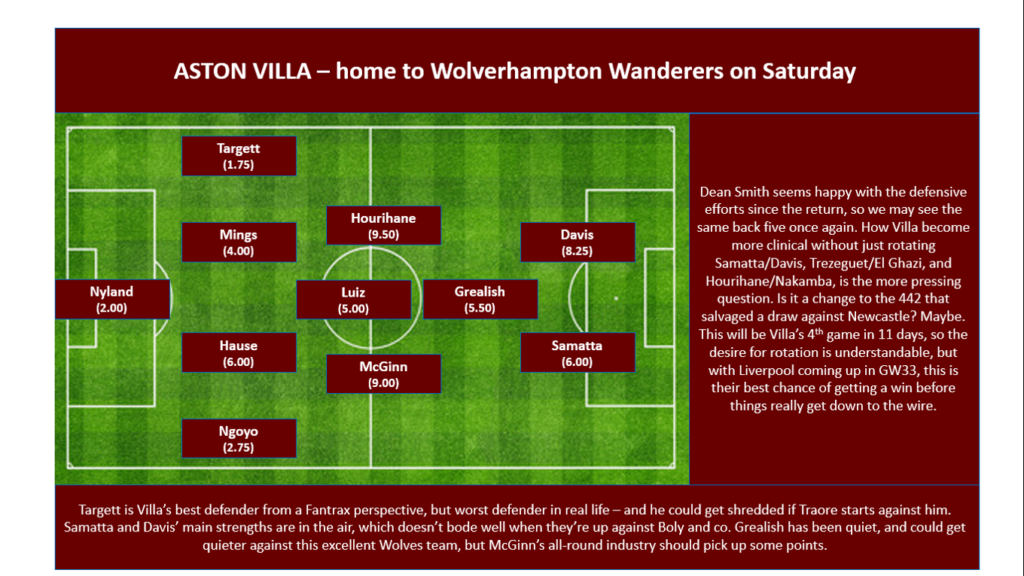 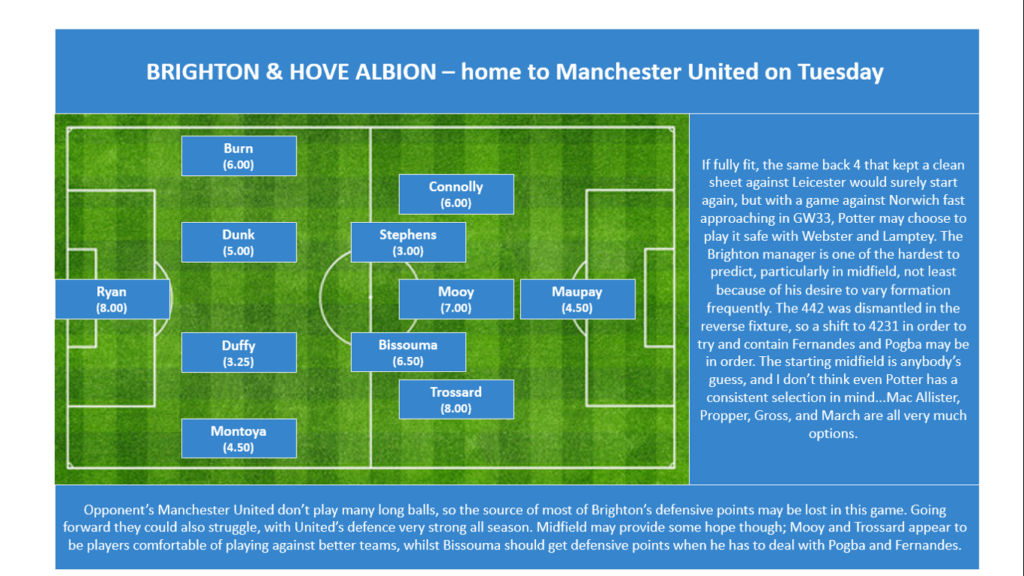 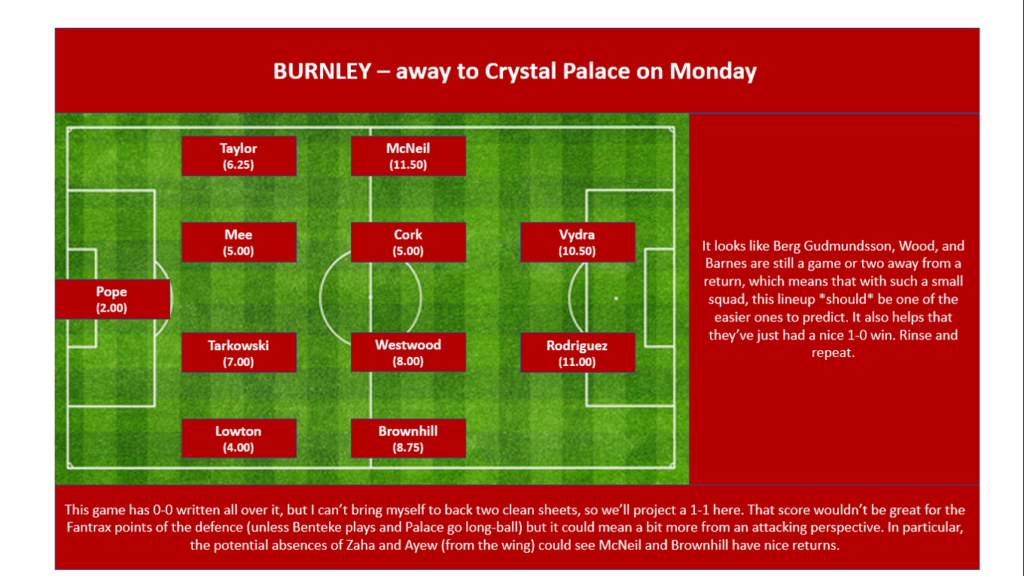 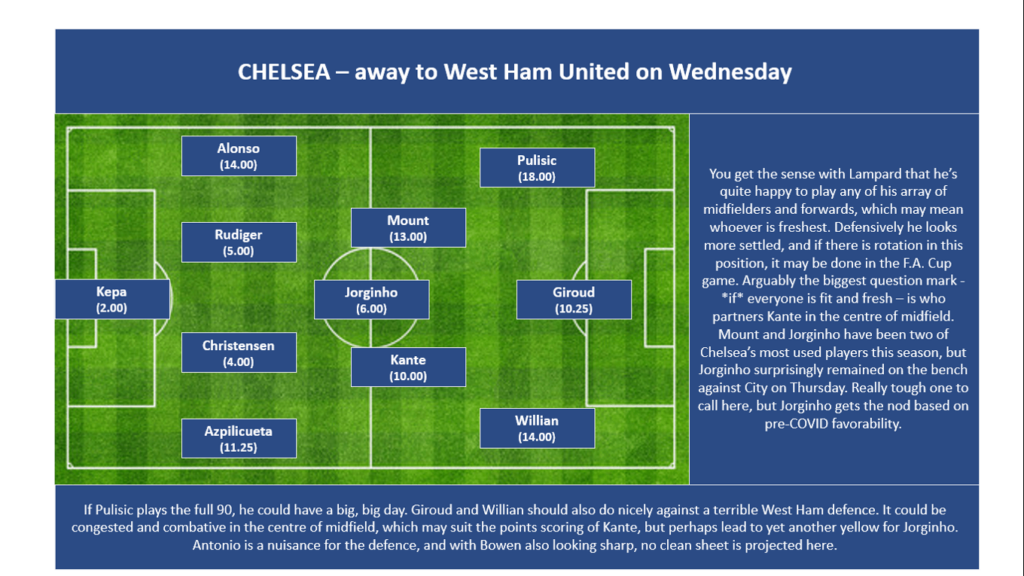 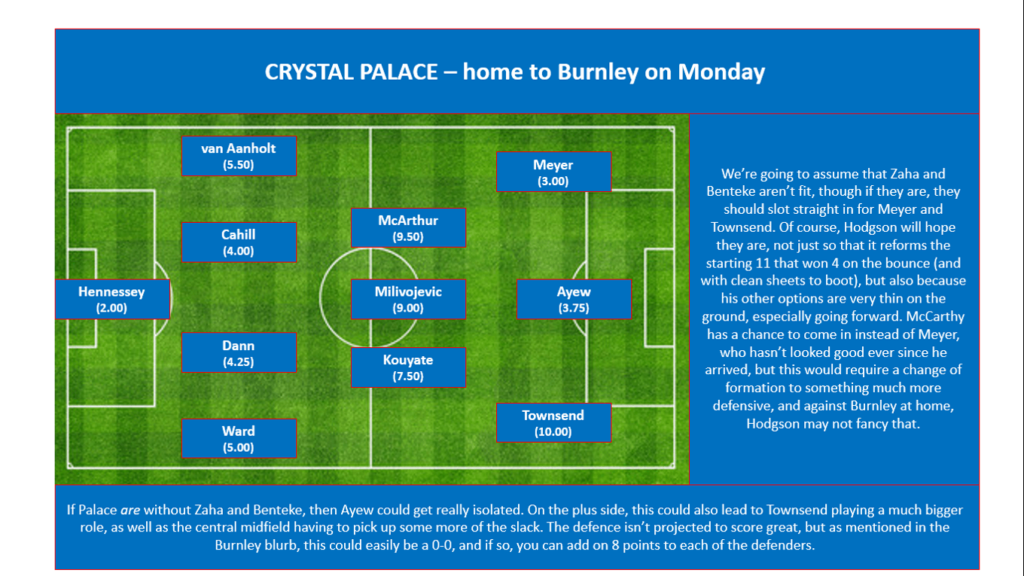 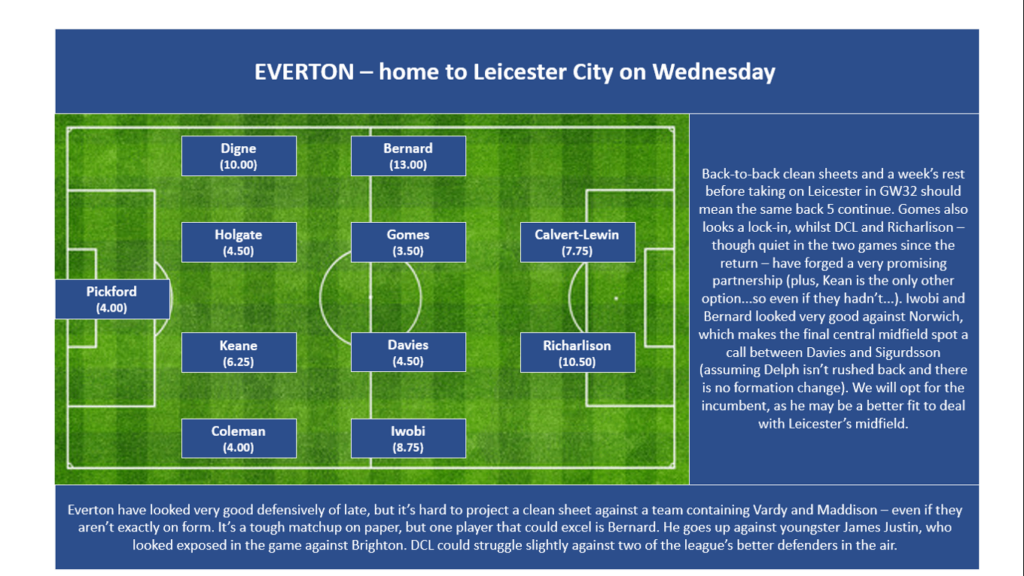 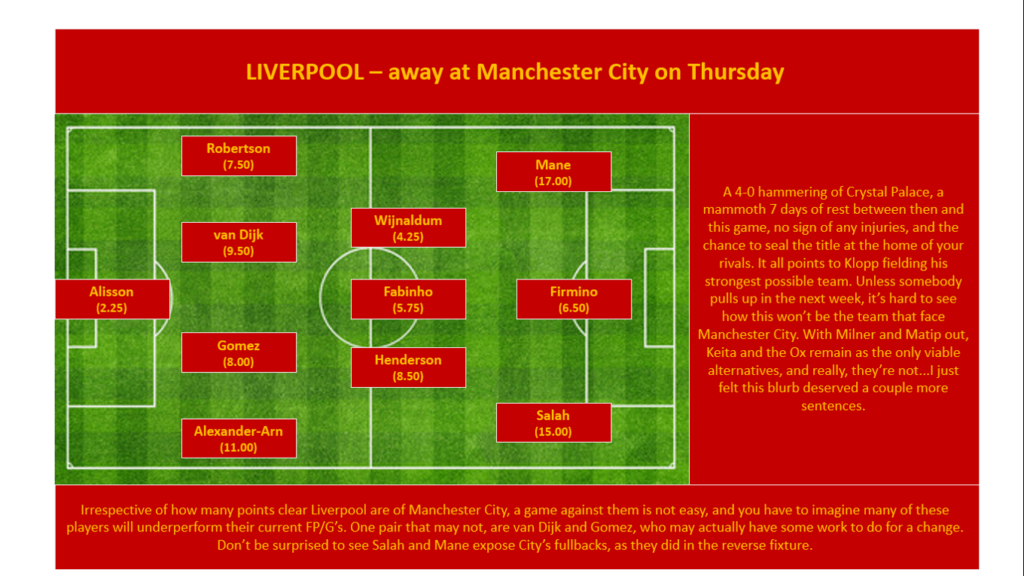 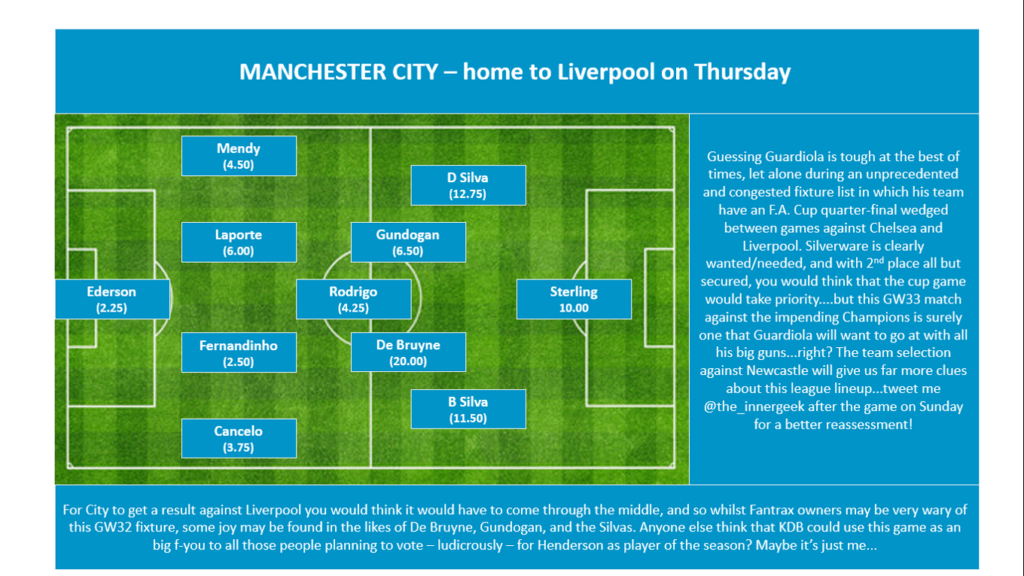 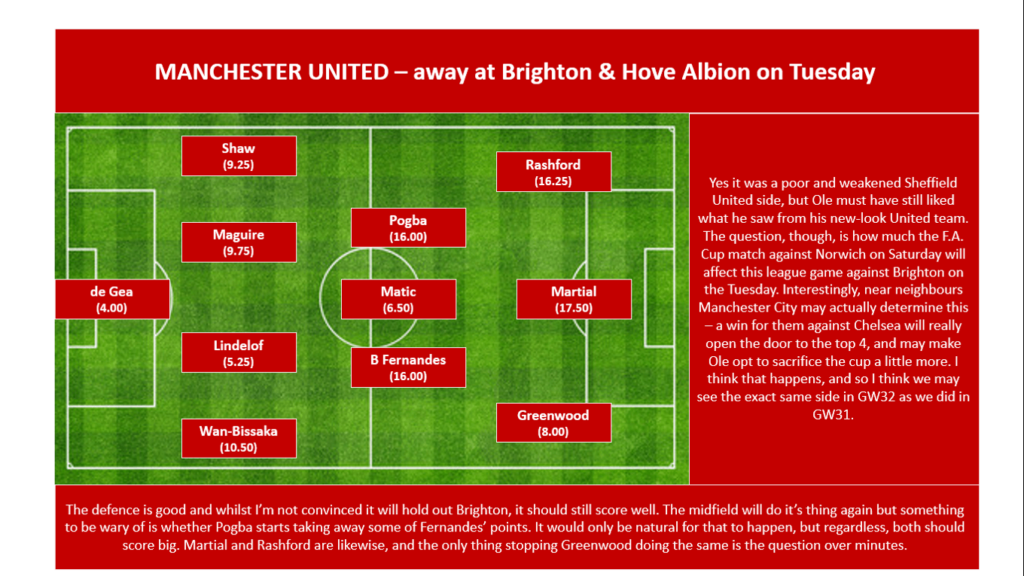 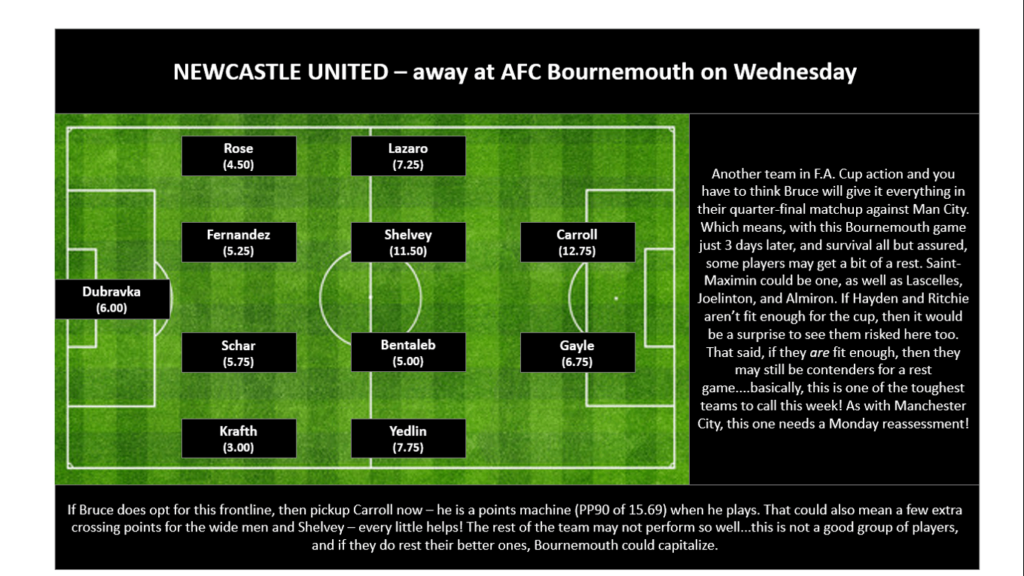 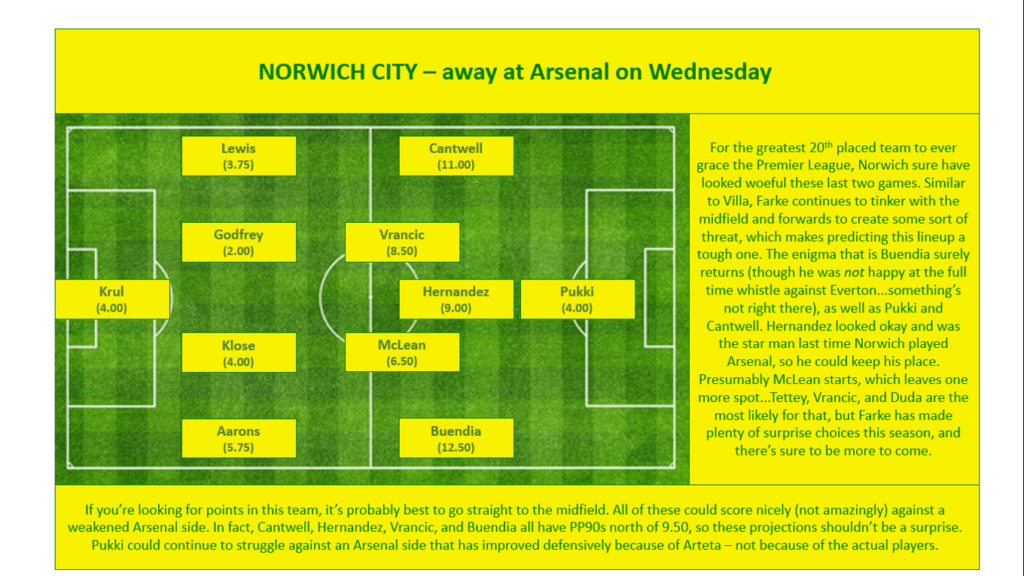 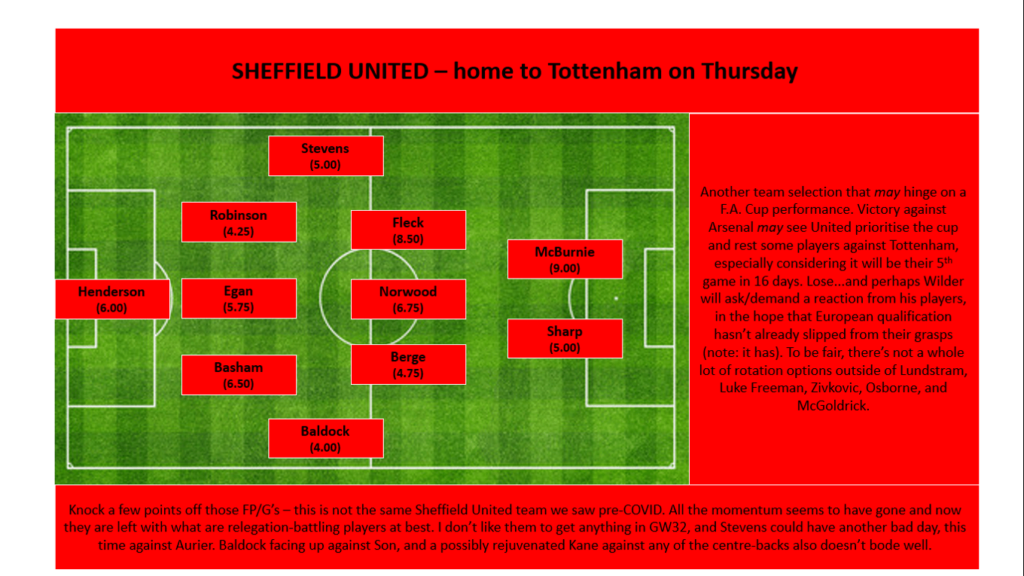 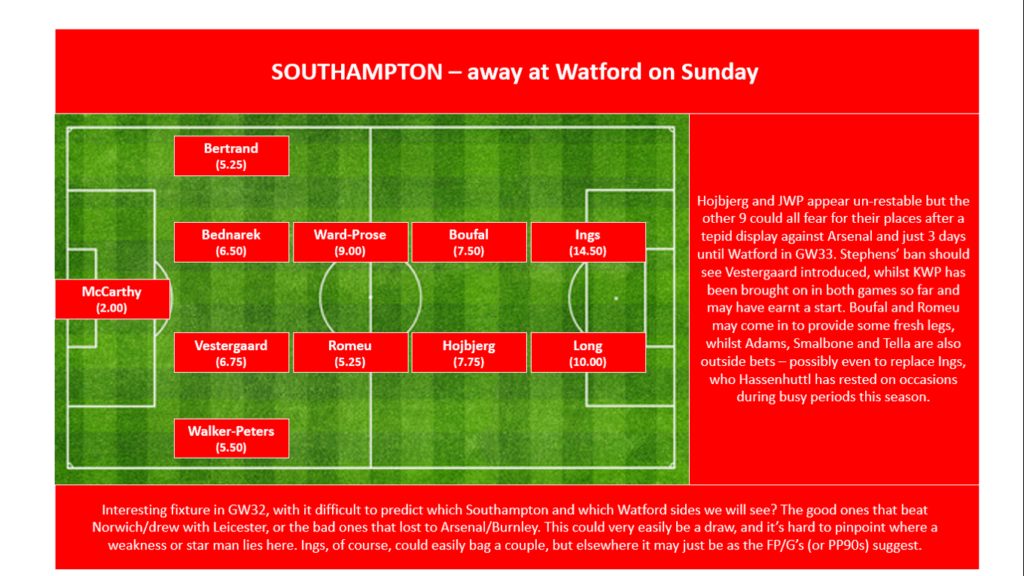 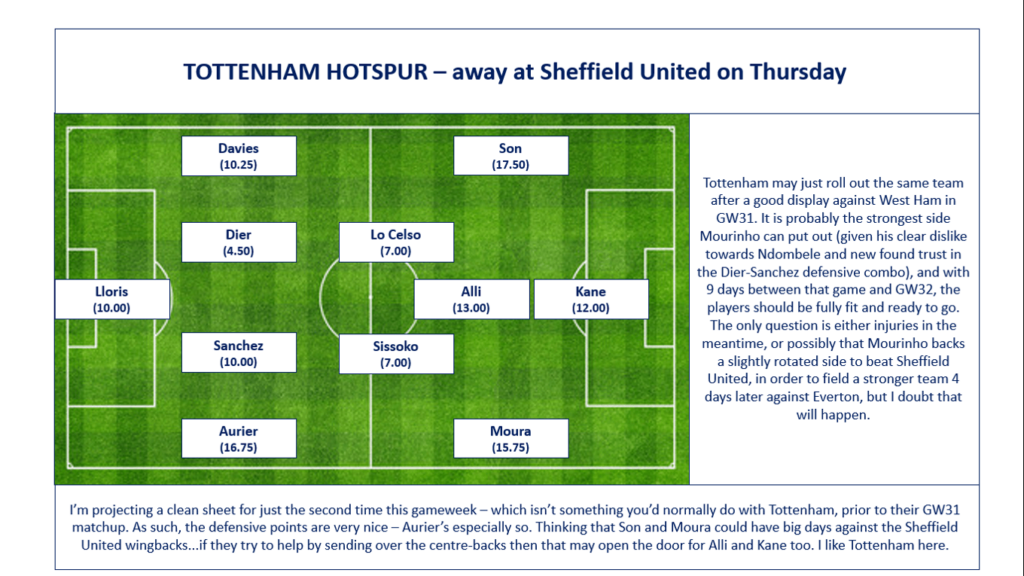 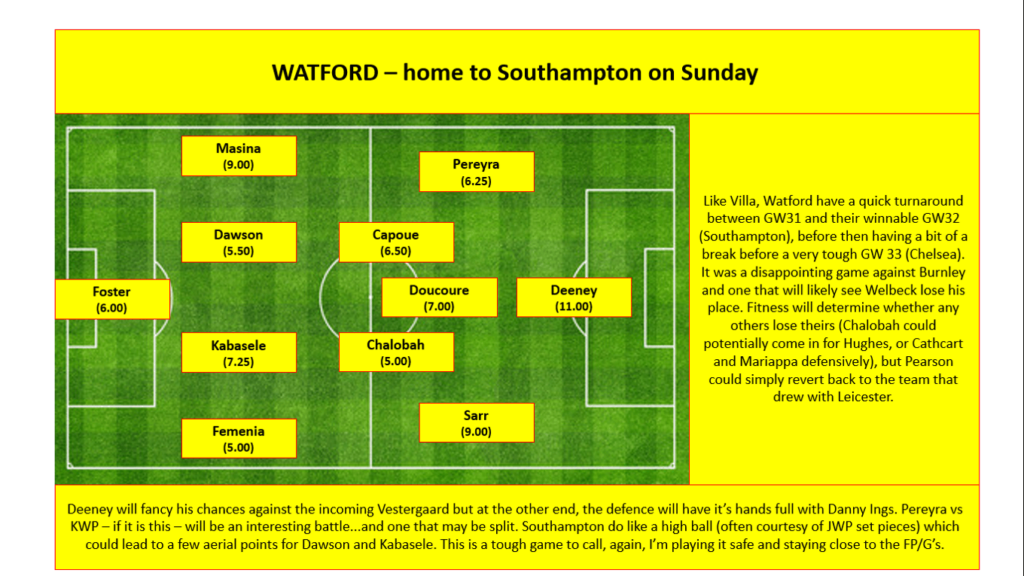 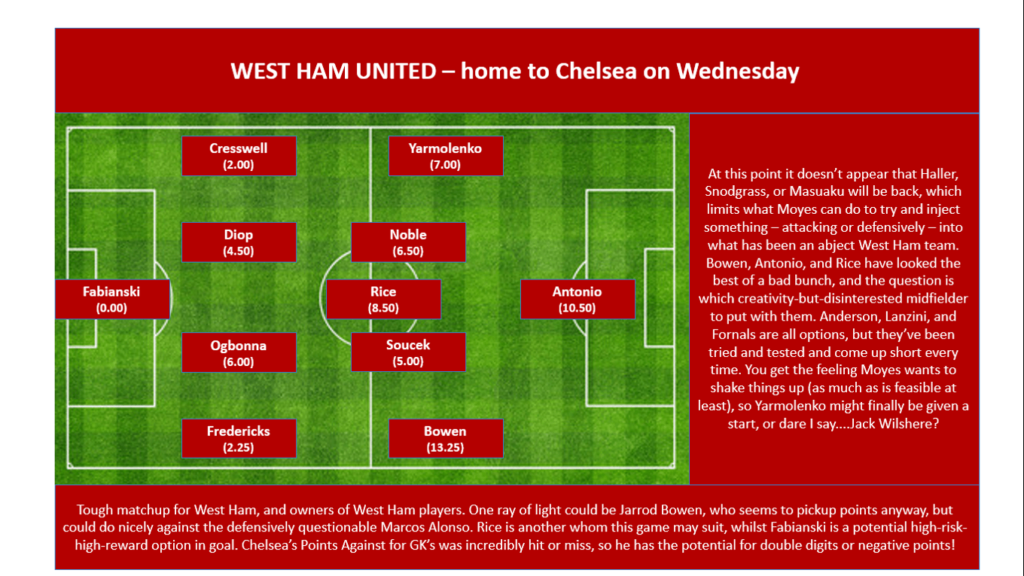 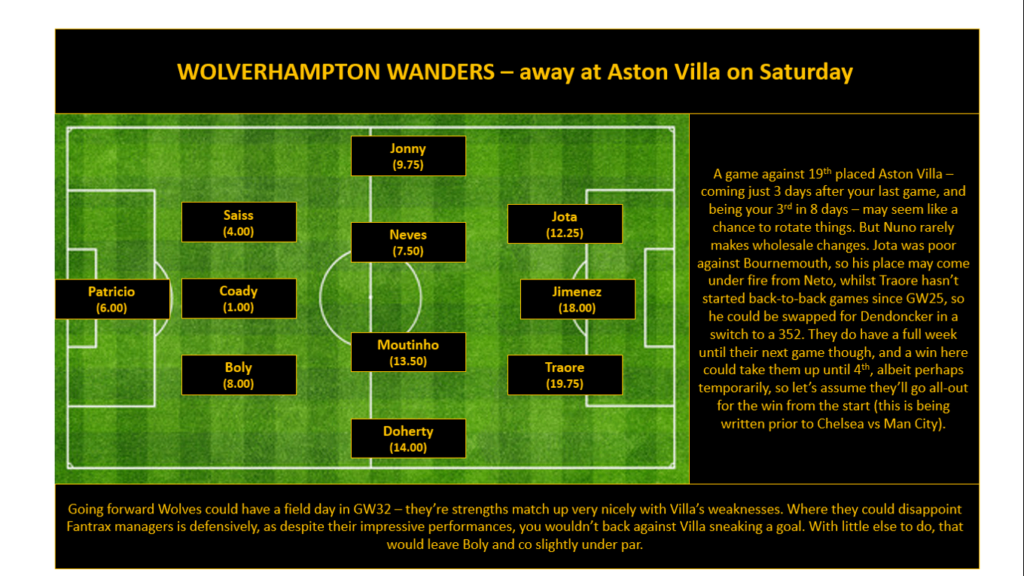 Players rated by PremierInjuries.com as having a 50% chance of playing (or lower) were assumed to not have any involvement in a game. Scores are not given for players who are not thought to play (e.g. Hudson-Odoi in gameweek 30). Bookmakers odds were used as a basis for the match result, with individual intuition then added to predict a score. Substitutions were projected based on this match result, so, for example, if it was predicted that Tottenham would be losing/lose to Manchester United then the prediction of Jose Mourinho’s substitutes would reflect this and be different than if it was predicted that Tottenham would be beating/beat Manchester United.

Average values for each relevant stat were calculated and then adjusted based on the upcoming fixture and recent player and team performances. As a rudimentary check on the validity of scores, projected scores as a sum for all players, and then for each position, were calculated and compared with previous weeks to ensure similarity. That said, it is all but impossible and illogical to predict extreme outcomes, and hence, no player actually exceeds a score of 18 points in a single game (even though clearly there will be some that do). Likewise, there will undoubtedly be a few surprise results that are not built into the projections.

The prediction of a clean sheet is arguably the most difficult and contentious aspect of projections and therefore may need amending in the future.

Are these EPL Projections something you’d like to see going forward? Let Luke know about it in the comments below.