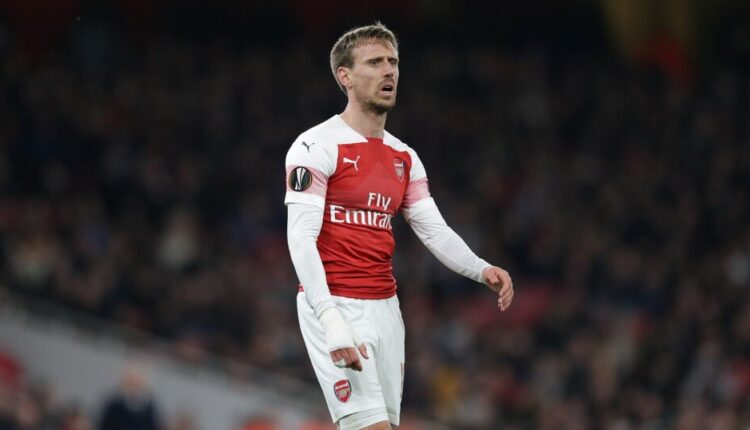 Prospects:  After a season on the sidelines, it’s great to see Nick Pope back in the Premier League.  Burnley sold Tom Heaton, and Joe Hart has fallen off the radar, so Pope has taken back the number 1 jersey.  In GW1 the Englishman kept a clean sheet, made three saves, and even produced a key pass!  This gave him a huge score of 20.25!  This weekend Burnley face a trip to Arsenal, but their confidence will be high after beating Southampton 3-0 on the opening weekend of the season.  We’re not expecting a Pope clean sheet, but a decent Fantrax points score based on save points should be on the cards!

Prospects: The Sheffield United left wing-back featured in our GW1 Chaps Choices, and we’re backing him again this weekend.  Stevens’ score of just two points against Bournemouth was a little disappointing, but this weekend at home against Crystal Palace he should get more opportunities to get forward!  Sheffield United put in an encouraging performance during their opening game, and Stevens has a decent chance of a good points haul this weekend.  Crystal Palace at home is a fixture they would have marked as a winnable game, so they will be attacking, and Stevens will be heavily involved down the left!

Alternative Choice:  Stevens’ teammate John Egan (2% ownership) bagged a very solid 9.75 points during the GW1 draw with Bournemouth.  Egan managed three interceptions and seven clearances.  If he can keep up those kind of statistics in the Premier League he could be a great Fantasy EPL Sleeper this season!

Prospects: We’ve highlighted Mina across Fantrax HQ this week, as the Colombian was recommended as a Waiver Wire Target, as well as being certified as Hot in our Player Rankings!!  Mina’s ownership is still below our 60% threshold, so we will happily include him in our Fantasy EPL Sleepers eleven for GW2!  The big defender gained 15.25 points during Everton’s 0-0 draw with Crystal Palace.  Mina scored points across the board for interceptions, clearances, and aerials won.  This is exactly what we were expecting of Mina last season, but it just didn’t really happen for him.  If Mina is still a free agent in your Fantrax Draft League, signing him up is a must!

Prospects:  Arsenal surprised a lot of people during their 1-0 victory over Newcastle in GW1.  Not because of the end result, but due to gaining the win with a low quality starting eleven.  Many players who weren’t expected to play were given a chance.  Joe Willock, Reiss Nelson, Callum Chambers and Nacho Monreal were these players.  Monreal did pretty well during his performance, and gained 12.5 Fantrax points.  The Spaniard gained a nice spread of points too!  This weekend Arsenal face Burnley at home, and have a decent chance of a second consecutive clean sheet.  With Kolasinac’s ongoing off field issues, we’re expecting Monreal to start once again.

Prospects:  The Brighton right wing-back bagged 11 points in GW1, and we’re looking to him to gain another good score this weekend.  Montoya is now being stationed in a more advanced position, which should allow him to get forward more, and help his match statistics.  This statistical analysis by Albion Analytics shows how advanced Montoya was during GW1.  This weekend Brighton face West Ham at home, after gaining a clean sheet away to Watford in GW1.  Surely another Graham Potter clean sheet is incoming?!  West Ham were pretty poor against Manchester City in GW1, as they lost 5-0.  It makes complete sense to take a punt on a Brighton defender this weekend, and Montoya is a great option!

Alternative Choice:  Fellow Brighton defender Lewis Dunk (60% ownership) is also a great shout for GW2.  We’ve gone with Montoya because he’s more of a Fantasy EPL Sleeper with just 4% ownership.  Dunk bagged a huge points score of 20.75 in GW1, and looks set for another good score against West Ham this weekend!

Prospects:  Ben Godfrey is playing centre back for newly promoted Norwich, but is actually classified as a midfielder on Fantrax.  Therefore, we’ve got a bit of a reverse to the norm.  Usually managers would be looking to sign defenders who play in midfield, rather than midfielders who play in defence.  However, Godfrey could actually score pretty well by playing in defence.  The youngster bagged 6.5 points during the 4-1 defeat to Liverpool, which proved there is potential points to be scored.  Godfrey made four interceptions and eight clearances during that fixture.  This weekend Norwich face Newcastle at Carrow Road, and we’re expecting them to gain their first Premier League win of the season.  The Englishman is very good on the ball, and often carries the ball out of defence and into the midfield.  Taking a punt on Godfrey could be worthwhile!

Alternative Choice:  Another midfielder who is currently playing in defence in Ainsley Maitland-Niles (25% ownership).  The young Englishman is playing right-back for Arsenal in the absence of Bellerin and gained 16 points in GW1.  Arsenal face Burnley at home in GW2, and we fully expect them to make it two wins from two.

Prospects: Our second Sheffield United player for GW2 is Oliver Norwood.  The Englishman enjoyed a good Fantrax debut in GW1, as he scored 8.5 points against Bournemouth.  Norwood made 1 key pass, 2 accurate crosses, and 3 interceptions during this performance.  These statistics are encouraging, and we’re hoping Norwood can become a good Fantasy EPL Sleeper this season.  Playing for Sheffield United will help him stay under the radar!!  This weekend The Blades face Crystal Palace at home, and we think Norwood will bag another decent score.  If United can start adding goals to their play, Norwood is likely to start picking up assists from his creative midfield position.  Yes please!

Prospects:  We successfully backed Billing in our GW1 Chaps Choices team, and we’re going back for more after a great performance.  Billing gained 14 Fantrax points, which shows how well he can perform on Togga scoring.  The central midfielder doesn’t need goals or assists, as he scores well from tackles, interceptions, and the odd key pass.  The Bournemouth man is a must signing if you still can!  We highlighted him as a Waiver Wire Target earlier this week.  This weekend Bournemouth face a trip to newly-promoted Aston Villa.  We’re not sure how to call the result, but expect Billing to perform well once again in his combative central midfield position!

Prospects:  Chelsea lost 4-0 to Manchester United in GW1, and on the whole, performed pretty poorly.  However, Mason Mount was a shining light for Fantrax managers, as he gained a great score of 14 points.  The English youngster wasn’t expected to start for Chelsea, but considering new manager Lampard knows him so well, it shouldn’t have come as a surprise.  Mount produced four key passes en route to his big score, and we’re expecting more of the same this weekend against Leicester.  The midfielder will surely start again, and he’ll have plenty of chances to produce a good score once again.  If Mount is a free agent in your Draft League, you need to take a punt on him!  If he can nail down a slot in Lampard’s new-look Chelsea, he’ll be a great Fantasy EPL Sleeper.

Prospects:  Benteke is the ideal Togga scoring forward.  He can’t score goals, but that doesn’t matter!!  The big Belgian forward bagged 8 points on the opening day of the season, as Palace drew 0-0 with Everton.  Benteke has historically been a good scoring on the statistics based Togga system, and as long as he can remain in the side, he’s a good option for Fantrax managers!  Crystal Palace failed with their attempts to bring in a new striker on transfer deadline day, so Benteke will lead the line this season.  Because of this, Benteke featured in our GW2 Waiver Wire Targets article.  This weekend The Eagles face Premier League new boys Sheffield United at Bramall Lane.  The Blades actually played pretty well in GW1, as they drew 1-1 with Bournemouth.  We’re not sure how this one will go, but Benteke will surely bag a score of between 7-10 points.  Lovely stuff.

Alternative Choice:  Saint-Maximin (28% ownership) made his Newcastle debut at the weekend as a late substitute.  The exciting winger produced a decent display, and could really be a wildcard for The Toon this season.  We’re not backing him in this Chaps Choices edition as he might not start against Norwich this weekend.  Certainly one to keep an eye on, and potential waiver in and bench for now.

Prospects:  The Frenchman bagged a well-taken goal on his Premier League debut in GW1 and looks set to have a decent Premier League season.  Maupay bagged 25 goals last season for Brentford in the Championship.  We thought he was ready for the step up, and his debut goal has proved that he probably is!  Maupay featured in our GW2 Hot Player Rankings, and he now also features on out Chaps Choices Sleeper XI!!  This weekend Brighton face West Ham at home, and we’re backing The Seagulls to win.  Brighton won their opening fixture 3-0.  West Ham lost theirs 5-0.  All signs are pointing to a Brighton win, and we think Maupay will earn a start this weekend.  The 22-year-old gained 12 points in GW1, and he could score in double figures again against West Ham!

Alternative Choice: Brighton teammate Solly March (56% ownership) is a decent shout for an alternative here.  March only gained 4.5 points in GW1, but we think he’ll be able to perform better this weekend.  Brighton are getting used to a new formation, and March finds himself as a left wing-back/left midfielder.  Expect him to get more involved over the coming weeks. 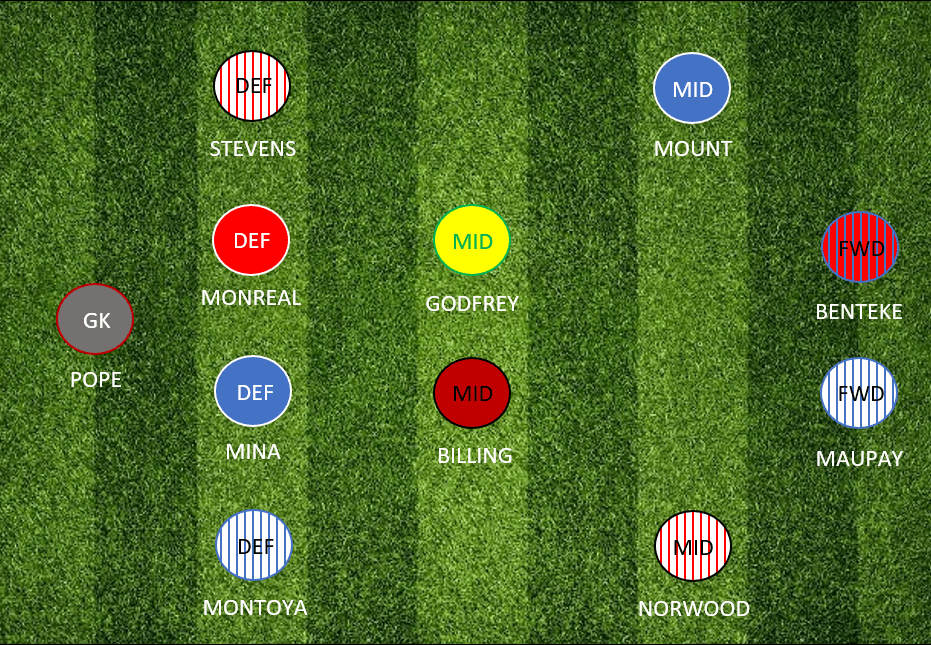