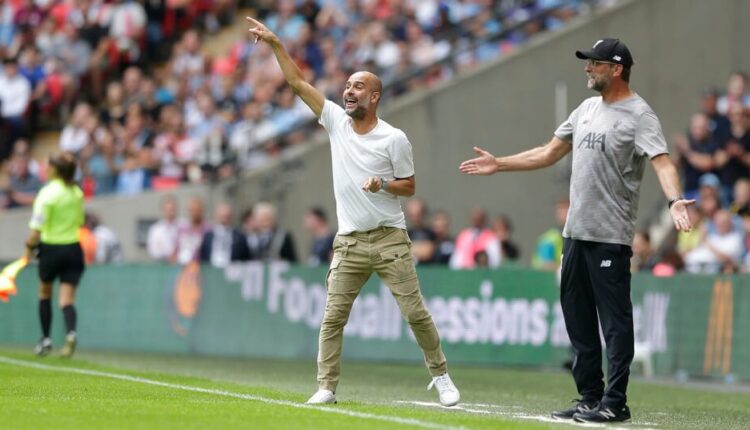 Our Chaps Choice article centres around a Fantasy EPL Sleepers XI to provide you with hints and tips for a better chance of picking up a victory in your Draft League for each gameweek!  We recommend a starting eleven of Premier League differential picks who could score well.

Use our Fantasy EPL Sleepers XI guidance to find your golden ticket to a big score; a low ownership gem can easily make the difference in a Head-to-Head game!

Prospects:  One of last seasons standout keepers; Patricio kept eight clean sheets and picked up 177 Fantrax points on route to helping Wolves to the fifth-best defensive records in the Premier League.  We were a little bit surprised to see the Portuguese shot-stopper under 60% ownership, but we understand the caution given the attacking players that GW1 opponents Leicester have brought in during the summer. Ayoze Perez (read up on Perez and others in our Transfer Analysis articles) and Youri Tielemans will offer a real attacking threat, along with Jamie Vardy and James Maddison. Patricio will certainly have his work cut out in GW1, but if Wolves can pick up from where they left off last season; then this is the type of game that Wolves will look to target a clean sheet from.

Looking elsewhere: If Patricio is not to your liking, then perhaps a punt on Burnley keeper Nick Pope (23% Fantrax ownership) would be worth a look.  Pope hosts Southampton, who despite adding attacking players in this summers transfer window will need to significantly improve in front of goal this season.

Prospects:  The Sheffield United left wingback is tipped by many this season as the next Matt Doherty.  In last seasons Championship promotion, Stevens helped himself to four goals and six assists in a stellar season.  With Sheffield United likely to deploy Stevens at wingback, expect the Ireland international to surge forward and find himself in an advanced position.  With Bournemouth up first for Stevens, we think both attacking and defensive returns could be on the cards here.  Bournemouth have serious injury problems in their attacking midfield positions; with creative midfielders David Brooks and Junior Stanislas both ruled out.  This will go some way to curtail the attacking threat posed by the Cherries.  However, the greater potential for Stevens is in attack.  Last season, Bournemouth conceded 70 goals; the third-highest of all Premier League sides.  Stevens could be a great Fantasy EPL Sleeper this season!

Prospects:  Evans is not a prolific scorer in the Togga format; last year Evans picked up 170 Fantrax points at an average of 7.1 points per game.  So why are we punting on Evans for GW1?  Well, quite simply, Leicester is one of the most fancied teams this season.  They have recruited well and the departure of Harry Maguire to Manchester United has opened up the door to Evans to cement his place in what we believe will be a successful side this season.

Opponents Wolves proved themselves as a side capable of competing with any of the major sides in the Premier League last season; beating the likes of Leicester to a top-seven finish.  However, whilst Wolves play an attractive game, their goalscoring was not the greatest last season.  In fact the 47 goals scored in the Premier League left them as the 13th highest scorers.  Leicester will fancy their chances of keeping Wolves out this GW – so all aboard the Jonny Evans clean sheet train!

Prospects:  A big welcome back to the Premier League for a draft legend, Craig Dawson.  Dawson is one of those defenders that is worth having in your Draft squad for the odd game here and there.  He is capable of picking up a goal (Dawson has scored 12 goals in 189 Premier League appearances) and joins a Watford side that impressed on their way to an 11th placed finish.  GW1 opponents Brighton have brought in some much needed attacking reinforcements over the summer, but the exciting signing Neal Maupay from Brentford might have come into the squad a bit too late for this GW.  Elsewhere, new star player Leandro Trossard will be the one to watch if Dawson’s clean sheet is to remain intact.

Throw caution to the wind this punt chaps; if you’re in a big league (12 or 14+ managers) then someone like Dawson is likely to be the only viable option.

Prospects:  The right back, who is now one of Bournemouth’s longest serving players will surely make the most of a horrific injury run the Cherries are currently enduring.  With the likes of Charlie Daniels and Simon Francis both out, and new boy Jack Stacey unlikely to be thrown in at the deep end for the first game; Smith is an almost guaranteed starter for GW1.  Last season was far from a stellar year for both Smith and the Bournemouth defence as a whole; so a home fixture against newly promoted Sheffield United will be seen by many as the ideal start.  Of the three newly promoted sides, Sheffield United are the less threatening in front of goal.  We don’t expect this to change, and in fact we think it will be Sheffield United’s Achilles heel all season.  Smith for a cleanie here chaps!

Prospects:  The new Brighton boy is this week’s most exciting prospect.  So much has already been discussed and written with regards to Trossard’s potential.  With Brighton only just avoiding relegation last season and boasting to fourth-worst goalscoring record (35 goals) in the 2018/19 Premier League season; all Brighton fans and Draft EPL managers will be hoping Trossard brings some attacking spark with him from Belgium.  Coming hot off a season full of attacking returns, 22 goals and 11 assists, Trossard could well turn out to be the new Pascal Gross (who by the way has rapidly fallen into the Draft EPL abyss).  Watford are certainly no pushovers on their home patch but are equally not renowned for keeping a gluttony of clean sheets.  This game could have goals, and mark our words chaps; if Brighton is scoring expect Trossard to be in the thick of the action!

Prospects:  Another new Bournemouth boy!  Billing who joined in the summer from Huddersfield, has seen his stock significantly rise over the past week; with the injury to David Brooks, one of Bournemouths standout performers last season.  Billing will now almost certainly find himself in the starting 11 for the GW1 fixture with Premier League new-boys Sheffield United.  With the attacking power at Bournemouths disposal, we think this game will have plenty of goals and despite boasting the Championships best clean sheet record last season with 21 cleanies.  Just a bit of context, given the choice; Billing would be our 3rd choice of the three midfielders available if we were to have a punt.

Prospects:  The introduction of Steve Bruce as Newcastle manager is likely to have a major impact on Shelvey; who last season fell foul of the more defensive-minded Rafa Benitez. Shelvey was highlighted by our colleague @the_innergeek in his Points Per 90 minutes article (a must-read chaps) as one of the highest-scoring players that you are unlikely to consider.  Averaging 7.6 points per game, and having only played 10 games last season we fully expect Shelvey to come out fired up for the new season with a point to prove.  Shelvey could be a great Fantasy EPL Sleeper this season!  With Arsenals defense these days impersonating Swiss cheese, we fully expect Newcastle to score. Shelvey will be pulling the strings chaps, he is well worth a punt this week and potentially as a longstanding fifth or sixth choice midfielder for your Draft EPL squad this season.

Prospects:  What a dream comeback it would be for the Burnley youth product Rodriguez.  Riding high off the back of a stellar 2018/19 Championship season which saw Rodriguez pick up 22 goals and six assists; a goalscoring return to his boyhood club against the club that first drew him away from Turf Moor, Southampton.  Yes, it would be quite the return.  Romantic.  Well it’s not a dream without substance.  As we’ve already said, Rodriguez is coming off the back of a very good 2018/19 season.  Couple this with the fact Southampton had the 15th worst defensive records in the Premier League last season.  Finally, Rodriguez has been in red hot pre-season form; scoring a brace in Burnley’s 2-0 defeat of Parma in their last pre-season runout.  It seems almost destiny that Rodriguez will score on his return against a former club; we’re certainly backing it.

Prospects:  Last season was Benteke’s worst season in the Premier League and subsequently in Draft EPL.  Benteke scored only one goal and picked up only one assist on his way to 90 Fantrax points at an average of 5.6 points per game; but its not all bad for Benteke.  As @the_innergeek pointed out in his article “Points Per 90 minutes” – Benteke actually averages 9.91 points per 90 minutes.  Not bad!  We fully expect Palace to continue as this season how they finished last; with Wilfried Zaha playing off Benteke.  A tough opening day fixture is in store for Benteke with Everton up first.  Everton had the Premier Leagues joint fourth-best defensive record last season; goalkeeper Jordan Pickford and defender Lucas Digne were hot property in many Drafts this summer.  But that being said, Jagielka has joined Sheffield United and Zouma returned to Chelsea; Everton look short at the back with Yerry Mina likely to miss a couple of games through a possible suspension.  If this is the case, Everton’s defense is significantly weakened and Benteke will be much more of a handful for an inexperienced defender.

Prospects:  Of all the teams Norwich City would have wanted to face at the start; it would be Liverpool.  The Premier Leagues most prolific goalscorers against the worst defensive record of the clubs promoted from the Championship.  With plenty of chat about Saido Mane featuring from the bench; it seems like a very worthwhile punt on Origi who will get the nod if the rumors are true. Origi was not inspiring in the Community Shield last Sunday, but has a good pre-season behind him; whilst Mane comes off the back of an African Cup of Nations summer and will be required for a long season ahead.  Origi isn’t a Fantasy EPL Sleeper for the season, but for GW1, he’s looking prime!

If Klopp could afford to rest Mane for another week, he’d choose Norwich.  The Canaries struggled defensively last season (I was at most of the home games) and their mantra of “we will score more than you” is unlikely to be of much use at Anfield.  Goals galore in this game chaps!  Fingers crossed its a 4-3 thriller to Norwich with Origi bagging a hatty! 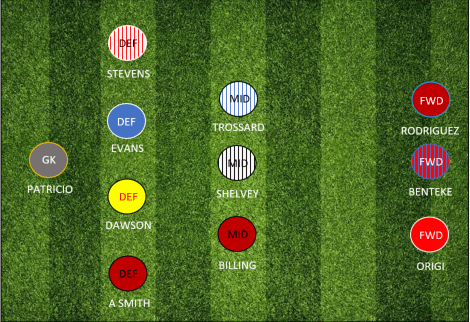