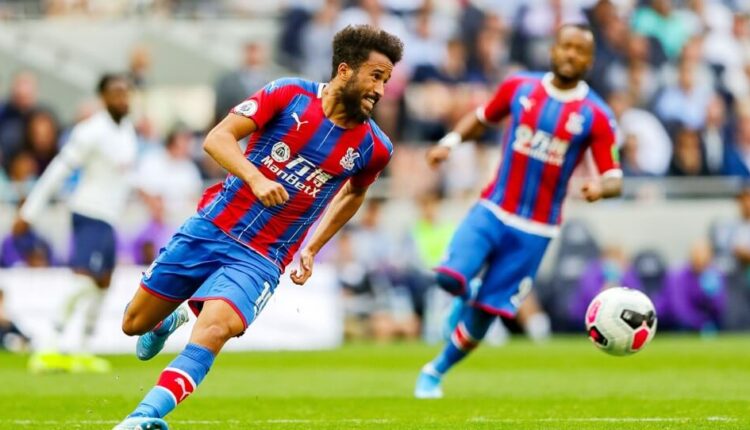 What’s Changed?:  We picked out Rico in our Chaps Choices Sleepers XI for Gameweek 6 and he didn’t let us down!  The Bournemouth full-back has taken his time settling into life in the Premier League; but with two assists in two games and a total of 42.75 points from only three games played, Rico’s impressive average points per game is a fantastic 14.25.  Sign him up chaps.  Bournemouth loves going forward, and Rico is pivotal to this.  Defensively, Rico scored 9.75 points in a 1-1 draw; suggesting clean sheets and attacking returns aren’t essential to scoring big points.  He’s on corner duty too.

What’s Changed?: With such high ownership statistics, Redmond is a chap to target for a potential trade.  Returning from two games out injured, Redmond was his usual self showing great attacking intent, and despite not picking up an attacking return; Redmond picked up 11 points!  Looking at the fixtures, typically you’d expect to stay clear of a player with Spurs, Chelsea, and Wolves coming up; however, between them they have shipped 32 goals in the opening six Gameweeks (Spurs 8, Chelsea 13, and Wolves 11 goals).  Redmond will fancy his chances of picking up some attacking returns over the coming Gameweeks.

What’s Changed?:  Yarmolenko has started this season steadily and has built up to some impressive performances in the last couple of Gameweeks.  With two goals in the last three games, Yarmolenko has cemented his spot in the West Ham side.  The great news for Yarmolenko owners is that West Ham is playing some great attacking football, with Yarmolenko centrally involved.  With some excellent fixtures coming up, and relatively low ownership, we highly recommend bringing Yarmolenko into your squad.

What’s Changed?:  Seamus Coleman has not had the season we’d come to expect from either him or from an Everton defender in general.  Having kept two clean sheets in the opening two Gameweeks, Coleman has failed to register a clean sheet since.  With Manchester City up next, we fully expect the wait for a clean sheet to continue.  Outside of clean sheets, Coleman is scoring very poorly – his fellow left-back Digne is still managing to bag consistent double-figure returns.

Recommendation:  We recommend trying to trade Coleman out to a manager who hasn’t realized how badly he’s been scoring!  Despite his high ownership of 95%, Coleman has not been able to repay the faith shown by Fantrax managers; scoring an average of 6.67 points per game.  There is also a bit of a concern that Sidibe may well take Coleman’s slot at right-back.  Start getting proactive here Chaps and trade him out!

What’s Changed?: Having started the season in the Palace starting XI, since Gameweek 2, Townsend has started only one game in the remaining four fixtures.  With no attacking returns, and playing in a poor attacking side, we cannot see Townsend picking up many points in the short term.  The Englishman is usually a magnet for ghost points in the Togga scoring system, but it’s not happening for him so far this season.

Recommendation:  Drop him immediately.  Anyone that is still persisting with Townsend is kidding themselves.  Somehow Townsend’s Fantrax ownership is 81%, despite scoring only 28.5 points at an average of 5.7 points per game.  If these statistics alone are not enough, then the fact Townsend isn’t in the starting XI should help you make their mind up.

What’s Changed?:  This season started well with an assist and a goal in the opening three Gameweeks.  But has now found himself out of the side as Che Adams leads the line.  Ings is scoring ok points from the bench, but are you really going to put him in your Fantrax starting XI when he’s only going to see 15 minutes from the bench?!

Recommendation:  Well, at this stage it is difficult to say how this one will pan out.  Whilst Ings isn’t in the starting lineup at present, Adams isn’t scoring goals but looks very promising and a constant threat.  We’d advise holding onto Ings for the time being and see how things play out of the coming two Gameweeks.

Week 3 DomiNaters: Daniel Jones is the King of New York!