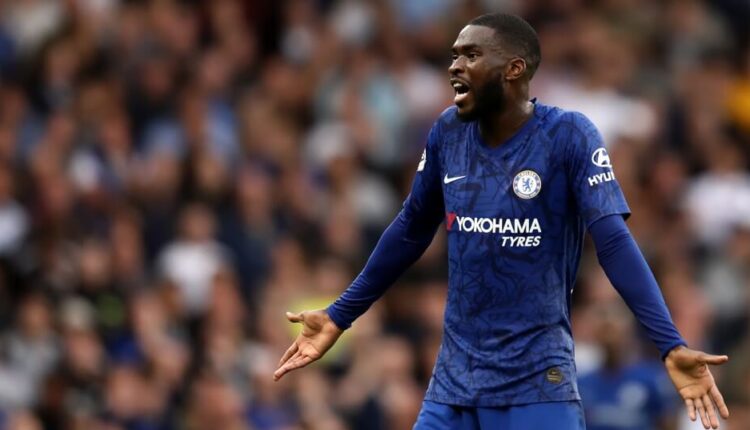 Our weekly Chaps Choices article provides Fantrax managers with a Fantasy EPL Sleepers XI.  These hints and tips will give you a better chance of picking up a victory each gameweek.  Use our starting eleven of Premier League differential picks to find your golden ticket to a big score; one of our Gameweek 7 sleepers could easily make the difference in a Head-to-Head game!

Prospects:  Tom Heaton has shown decent scoring form this season, despite playing for Aston Villa.  The goalkeeper bagged 26.5 points between Gameweeks 3 and 5, and has a good chance of decent points this weekend.  And who are Heaton’s opponents this weekend?  His former employee’s, Burnley.  We can’t help but back the veteran goalkeeper against Burnley, as he will be going all out to perform well against them.  Aston Villa has gained clean sheets in each of their last home games, and we’re backing this for another in Gameweek 7.  Burnley have been playing well, and gained a comfortable victory last time around against Norwich.  Mings and co. should have enough to keep Ashley Barnes and Chris Wood quiet though, and Heaton will reap the rewards.  Guilbert (34% ownership) is a good alternative to Heaton, if you’re in the market for a defender.

Alternate Choice:  Adrian (48% ownership) is a good alternative here, as he remains Liverpool’s number 1 in the absence of Allison.  The Reds haven’t been great at the back this season, and Gameweek 7 opponents Sheffield United have been playing well.  However, Adrian looks a solid bet for a decent points total this weekend.

Prospects:  With Aaron Wan-Bisaka departing for Manchester United over the summer, Crystal Palace favorite Joel Ward has his slot in the team back.  The veteran right back had to sit out the whole of last season, but has now returned, and is scoring pretty well!  Ward gained 16.75 points in Gameweek 6 where he gained an assist and 11.75 points in Gameweek 4 where he gained a clean sheet.  Ward has been scoring well for tackles, clearances, and interceptions, as well as the odd key pass.  This weekend Crystal Palace faces a Norwich side who have only scored one goal during their three away games so far this season.  Therefore, its pretty likely Ward will gain a clean sheet.  The right back is a great option for this Gameweek 7 Sleepers XI!

Alternative Choice:  Fellow Crystal Palace defender Cahill (5% ownership) is worth a shot here if Ward isn’t a free agent.  The veteran defender has been performing pretty well for the Eagles so far this season.

Prospects:  Frank Lampard is working wonders at Chelsea.  The results haven’t been there, but the performances have been very encouraging.  The new manager is putting fair in youth, and one man to benefit from this is center-back Fikayo Tomori.  The youngster came into the side for Gameweek 4, and looks set to stay in the side.  Rudiger has fitness issues, and Zouma and Christensen have been playing fairly poorly.  Sign up Tomori if you’re keen to have a starting Chelsea defender!  The Blues are about to start a very nice run of fixtures, starting with Brighton at home.  We would recommend getting on board the Chelsea defenders bus, despite the recent poor form.  Things will pick up, and Tomori looks set for a decent points-scoring run!

Alternative Choice:  Reece James (7% ownership) is one to keep an eye on ahead of the nice fixtures… he could work his way into the side over the coming weeks.  So, not a Gameweek 7 pick, but a player to keep a very close eye on!

Prospects:  We backed Rico in our Gameweek 6 Sleeepers XI, and we’re going back for more in Gameweek 7!  The Bournemouth left back has started the last two games, and has gained double figures, as well as assists, in both games.  The Spaniard still has very low ownership considering his performances, and he’s well worth a punt!  This weekend Bournemouth face West Ham at home, and we’re expecting another big haul from Rico.  We featured him in our Hot List for Gameweek 7, and considering he’s also been taking set pieces, he’s very much one to own.  Rico may be a short-term prospect with summer signing Lloyd Kelly nearing a return, but for now, his current prospects couldn’t be higher!

Prospects:  Harvey Barnes is a very talented young player, and he performed pretty well in the Gameweek 6 victory over Tottenham.  The Leicester youth prospect gained 8.5 points, as he gained two key passes and three successful dribbles.  We expect Barnes to keep his place in the starting XI, especially considering Leicester beat Tottenham 2-1 last time out.  We’re backing Barnes to perform even better this weekend, as The Foxes face a struggling Newcastle side in front of their own fans.  It’s hard to trust the rapid winger at the moment, as he has been in and out of the side so far this season.  However, we’re pretty confident Barnes will score well this weekend.  He’s a great addition to this Gameweek 7 Sleepers XI, especially with Maddison ruled out for Gameweek 7.

Prospects:  Tom Cleverly is not a fashionable pick by any means.  But the Englishman has gained 47 points during his four starts so far this season!  That is form that cannot be ignored, and we’re surprised to see his ownership is still as low as 30%.  Cleverly has only gained one attacking return during these four starts, but he has put in good numbers for key passes, shots on target, and successful dribbles.  Watford are on terrible form, and obviously got absolutely trounced last weekend against Manchester City.  However, this weekend The Hornets face a side who are also struggling so far this season; Wolves.  New Watford manager Quique Sánchez Flores will be looking at this game in order to kick-start their season, and Cleverly should be at the heart of the action.

Alternative Choice:  Fellow Watford midfielder Will Hughes (50% ownership) is a decent alternative here if Cleverly is taken in your Fantrax Draft League.  Hughes has shown pretty decent form so far this season and is keeping new signing Sarr out of the side.

Prospects:  Summer signing Billing had been ticking along nicely prior to his huge Gameweek 6 score of 15.  This score was helped along by the assist for Harry Wilson’s goal, but he has also been putting in consistent statistical performances.  Billing is gaining good scores for interceptions, clearances, and aerials.  If The Danish midfielder can start adding key passes and assists to his game, he could turn into a big Fantrax player this season.  This weekend Bournemouth face West Ham at home, and Eddie Howe will be confident of picking up another victory after the good performance against Southampton in Gameweek 6.  Billing is becoming a key player in the Bournemouth side this season, and he’s well worth a pick up if you can.

Prospects:  El Ghazi has really come out of nowhere in recent weeks.  The Aston Villa man has gained double-digit returns in each of his last three appearances!!  After bagging a goal from the bench in Gameweek 3, the winger failed to make an appearance in Gameweek 4.  However, he’s started the last two games, and scored pretty well for key passes, successful crosses, and successful dribbles.  El Ghazi also gained an assist during the Gameweek 6 defeat to Arsenal.  We would highly recommend snapping up El Ghazi ahead of Aston Villa’s fixture against Burnley this weekend.  12.5 points in Gameweek 5. 14 points in Gameweek 6. Another big score in Gameweek 7?  Yes please!

Prospects:  Saint-Maximin made a brief, 17-minute cameo during the drab 0-0 draw with Brighton in Gameweek 6.  But he made a pretty good impression.  The Frenchman produced one key pass, one shot on target, and three successful dribbles… not bad for a short stint on the pitch!  After such an awful performance from Newcastle, we would expect Saint-Maximin to start in Gameweek 7 against Leicester.  We’re backing The Foxes to win, but the electric and enigmatic winger should gain a decent points haul.  Saint-Maximin was highlighted earlier in the week as a good waiver wire acquisition… but if he’s still a free agent in your Draft League, he’s a very exciting prospect to bring in!  He’s a marque player outlined in this Gameweek 7 Sleepers XI article.

Alternative Choice:  If you don’t trust Saint-Maximin or Newcastle, then perhaps Mason Greenwood (26% ownership) tickles your fancy?  The Manchester United youngster looks set for a spell in the first team after Rashford suffered a potentially serious injury during the Gameweek 6 defeat to West Ham.

Prospects:  Traore has been seeing good game time this season due to the form/injuries/illness of right wing-back Doherty,  However, in Gameweek 6 Traore was actually stationed on the right of the Wolves attacking trio, in his natural position!  The Fantrax favorite finally produced a good score, as he gained 20 points!  That’s the one we’ve been waiting for!!  This weekend Wolves face Watford at home, and we’re backing them to pick up their first victory of the season.  Traore is surely earn another start in an attacking position, and another good points haul should be his.  In Gameweek 6 the Spaniard produced three key passes, four accurate crosses, and three successful crosses… more please!  If a fellow Fantrax manager has dropped Traore, he’s a player that just has to be picked up ready for Gameweek 7!

Prospects:  How is Yarmolenko’s ownership still below 60%???  We’ve got no idea, but we’re not complaining as it means we can feature him in our Gameweek 7 Sleepers XI!  The Ukrainian winger has firmly established himself in the West Ham side, and his game time is increasing – he managed 89 minutes during the Gameweek 6 victory over Manchester United.  Three double-digit scores in the last four games is pretty excellent from Yarmolenko; he’s scored two goals during this period and he’s certified HOT.  The winger depends on attacking statistics to gain his points, with key passes and shots on target, as well as goals and assists, his most likely route to a good score.

This weekend West Ham face Bournemouth away, but The Hammers are unbeaten in four games, and will be full of confidence after beating Manchester United last time around.  Yarmolenko is someone you can bring in, and keep for the rest of the season… go ahead a sign him up if he’s free in your Fantrax Draft League! 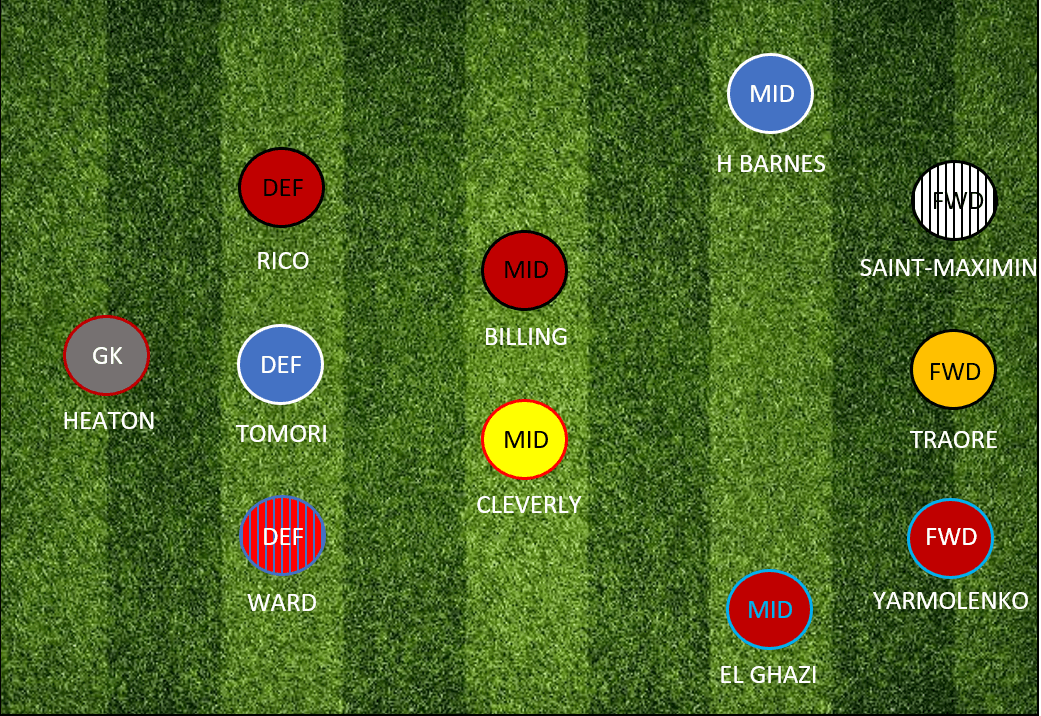