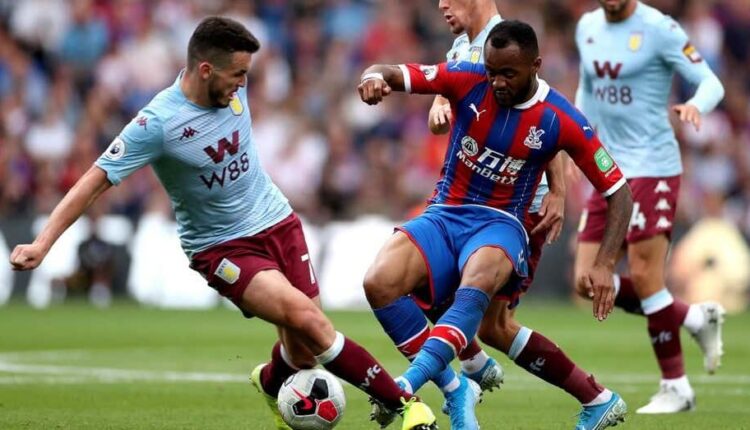 Our weekly Chaps Choices article provides Fantrax managers with a Fantasy EPL Sleepers XI.  These hints and tips will give you a better chance of picking up a victory each gameweek.  Use our starting eleven of Premier League differential picks to find your golden ticket to a big score; one of our Gameweek 6 sleepers could easily make the difference in a Head-to-Head game!

Prospects:  The foundation of any good side is the goalkeeper and for our Gameweek 6 Sleepers XI we are going with Palace shot-stopper Guaita; who despite conceding four goals in Gameweek 5 has been in good form this season.  So what of this good form?  Well reader, Guaita has 26.5 points from the opening rounds of this season’s Premier League, averaging a respectable 5.3 points per game.  Furthermore, let’s not forget that Guaita has kept two clean sheets as well!!  Above all, this Gameweek offers another solid opportunity for Guaita to score highly as visitors Wolves go in search of points that have so far this season alluded them.  Worryingly for Wolves, they find themselves winless and sitting in 19th position in the league.  Notably, Wolves have scored only six goals and forwards, Jimenez and Jota look a little bit off the pace.

Prospects:  You might not fully believe what you are reading here chaps, but for those of you that have already listened to the FPL Kickaround Podcast this week; we are serious about Kolasinac for Gameweek 6.  But, Arsenal can’t defend!?  This is not entirely true, whilst we’d like to see the Gunners be a little bit tighter at the back; they have already kept one clean sheet this season.  However, clean sheets are not the be-all and end-all for Kolasinac; who already has an assist and has made four key passes in only his three appearances.  Ghost points and attacking potential is key to Kolasinac’s inclusion in the Gameweek 6 Sleepers XI, but Aston Villa is also hardly the most threatening team on the front foot having scored only four goals.

Prospects:  Firstly, Manchester United offer an excellent opportunity for a defensive return in Gameweek 6, traveling to a West Ham side that failed to score in their last outing.  Young will continue to deputize for the injured Luke Shaw, having really grasped the opportunity since being included in the United starting XI since Gameweek 3.  During his run in the side, Young has amassed an impressive 25.5 points from only three starts; quite the impressive return I’m sure you’d agree reader.  Most importantly, Young’s impressive points haul has come without having picked up a single attacking return and keeping only one clean sheet.  This should give you some confidence in playing Young as he scores well in the Fantrax scoring matrix.

Prospects:  The summer recruit has started the season rather slowly, having only played two fixtures but as our colleague @draftgenie pointed out in the Waiver Wire and Trade targets article this week, Webster is here to stay in the Brighton starting XI.  Certainly, it was no surprise to see that Webster’s ownership statistics so low given he has started only two games.  But at only 4% it is more than likely he will be available in your league.  But why take the risk on a player that has only started in two games and not kept a clean sheet in either?  Well reader, it is as simple as; Webster is playing Newcastle in Gameweek 6.  We are big fans of Steve Bruce but it is taking some time for Newcastle to settle into a cohesive unit under Bruce’s leadership.  In short, Newcastle have scored only four goals from the opening five rounds of Premier League football and our instincts are telling us this fixture isn’t going to be a thriller.  All aboard for Webster’s first clean sheet of the season!

Prospects:  Having joined Bournemouth last season, it has taken Rico some time to settle into life in the Premier League.  Having missed three Gameweeks Rico has taken every opportunity when picked, scoring an impressive 26.5 points in only the two games played.  Most importantly, Rico picked up an assist in Gameweek 5 which was the main factor in his 17 points haul.  So what about Gameweek 6?  A south coast derby fixture will bring about a great atmosphere as a much improved on last season Southampton play hosts to Rico and Bournemouth.  Whilst Southampton is much improved, goals are still a bit of an issue having scored five so far. We fully expect Rico to start and whilst a clean sheet is not guaranteed, Bournemouth will be expecting to build on their impressive win from last week against Everton.

Prospects: During the course of the season we often see the emergence of players that you would have never considered whilst planning your draft strategy.  For instance, Propper is one of those players but his inclusion within this Gameweek 6 Sleepers XI is well justified.  Having started the season brightly with an assist, Propper has failed to deliver another attacking return.  However, the Brighton midfielder is still churning out really good Fantrax points, averaging a respectable 7.8 points per game.  Certainly, Propper is the ideal fifth or sixth choice midfielder for any Draft EPL managers squad; streaming him for Gameweeks such as this one as.  Whilst Propper might not bring home any attacking returns, he’ll steadily churn out seven to nine points this Gameweek for essentially doing nothing.

Prospects:  After the start Newcastle has had to the Premier League season it’s unlikely Draft EPL managers will want to go near Newcastle players.  But reader, take note – Atsu is a seriously gifted footballer and in terms of Fantrax scoring is a points machine.  Unlike the rest of the Newcastle side, Atsu is in really good form, having picked up two assists, and has subsequently been singled out in our Hot or Cold player rankings article this week.  For an example of where Atsu is currently performing in terms of Fantrax points, the 49 points (which by the way have only come from three Gameweeks) sits Atsu in 45th place in the overall highest Fantrax points scorers.  If we look at that in terms of average points per game, a rank of 14th really does tell the full story.  In summary, pick this chap up.

Prospects:  We did have Moussa Djenepo here, but he’s now been ruled out.  Therefore, we’ve had to move on to another under the radar Saints midfielder; Sofiane Boufal.  When you think of attacking Southampton players, your immediate attention is drawn towards the likes of Redmond, Ings, or even Ward-Prowse.  However, forgotten man Boufal has been playing well in recent weeks, and Fantrax managers need to be aware of him.  The Moroccan midfielder has gained 34 points in the last three games, including a huge 20 point haul in Gameweek 5!  With Redmond potentially missing out again, Boufal will be the crucial cog in the Saints attacking wheel, and with a Bournemouth side without a clean sheet up in Gameweek 6 we expect more attacking returns.

Prospects:  Certainly it is has been a bit of a surprise, but Ayew has been the main man in terms of attacking outlets for Palace this season.  With 43.5 Fantrax points from the four Gameweeks Ayew has featured, he has contributed two goals.  However, for the pessimistic managers out there who will point out that Ayew is hardly a prolific goal scorer; it is worth being aware that even when Ayew hasn’t scored a goal, his Fantrax points return has been perfectly acceptable – 6.5 and 7 points.  With Wolves up next for Ayew, we are expecting some attacking returns.  Moreover, a bit of a goal-fest!  Wolves has already shipped 10 goals in the opening five Gameweeks, and with another Europa League night on Thursday we expect Wolves to either rotate or be somewhat jaded from the midweek fixture.

Prospects:  It’s taken Adams a little time to settle into life in the Premier League, but it certainly looked like he was more comfortable in Gameweek 5, taking four shots and coming away with eight points despite not picking up an attacking return.  Whilst Adams hasn’t done a great deal to entice any Draft EPL managers to bring him into their squads in place of a performing forward, it is more pertinent to consider Adams if like me, you have a forward that is injured and is unlikely to return any time soon.  With such low ownership, Adams is more than likely to be available.  Furthermore, Adams is a guaranteed starter; which is pivotal considering Gameweek 6 opponents Bournemouth have not kept a clean sheet yet.  Certainly, this is a game that Adams will be targeting to get off the mark in the Premier League.

Prospects:  One of the big winners from Gameweek 5, Calvert-Lewin was backed by Everton to lead the line in the crucial game at Bournemouth and repaid the faith with a bright performance which was capped off with a goal.  Most importantly, with the disappointment in losing convincingly at Bournemouth we fully expect Everton to bounce back at home to Sheffield United.  The Blades have kept one clean sheet this season, but in the two fixtures Sheffield United have played on the road; they have conceded three goals.  As pretty much the only bright spark from last weekend, we are backing Calvert-Lewin to retain his place in the starting XI and as such will be in prime position to add to his 26 Fantrax points. 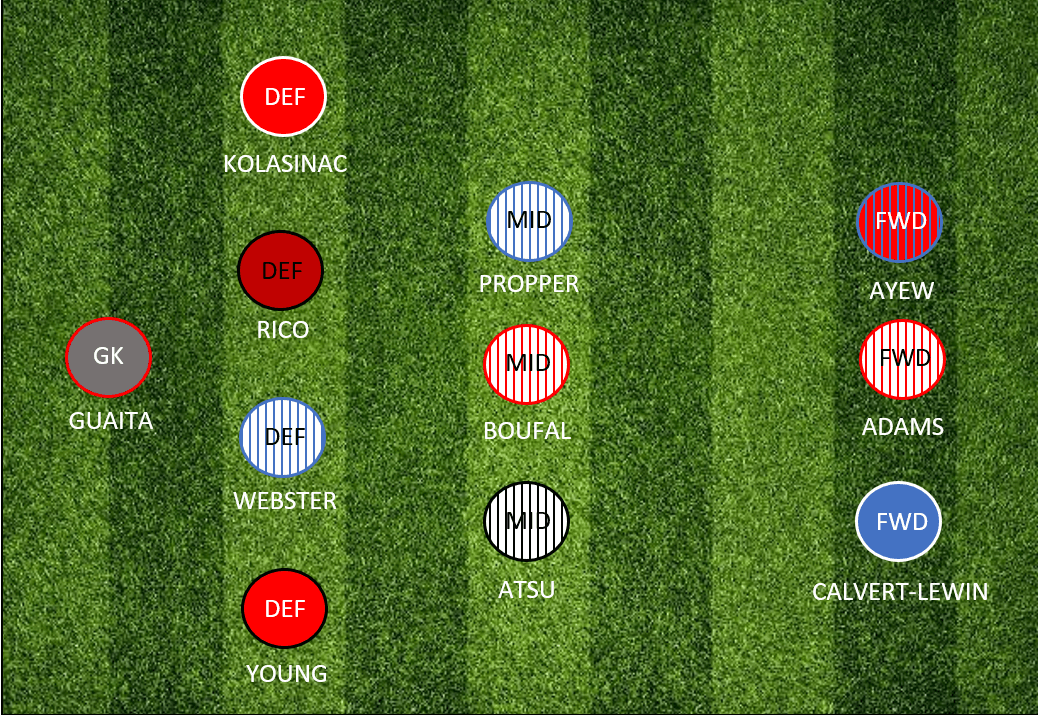