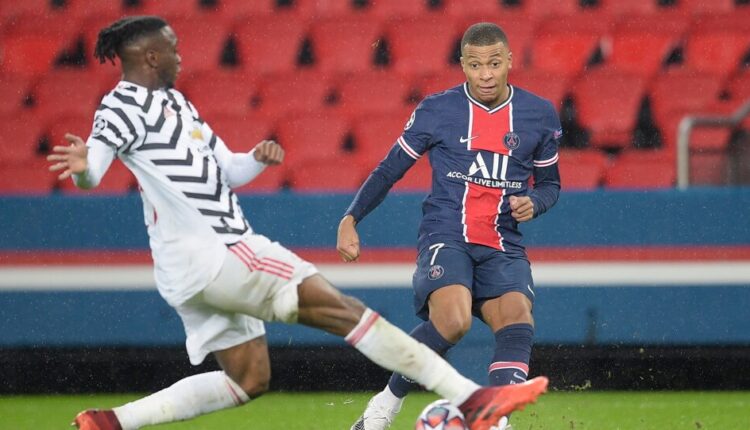 In the world of Draft Premier League, the value of players changes each gameweek. Through trades, you try to jump on players who could go on a hot streak and jump off players that look set for a rough time. Timing these trades, and knowing when to buy/sell each player, could be the key to a title-winning season. Use these Buy Low Sell High targets to increase your chances of success!

When it comes to top players there is a saying that should be followed; form is temporary, class is permanent. These players have started the season poorly, but they will improve over the coming weeks!

Prospects: You may be thinking how is a 15 PPM player a buy-low target? Well the recent 7 point outing vs. Liverpool, the poor start to the season by City, and 3 other starting mids outscoring De Bruyne on PPM is why. I am still backing De Bruyne to be a top-two overall player this season. City is welcomed by the return of a real striker in Jesus, and Aguero should be fit in the next few weeks. Having a real #9 to work with will do wonders for De Bruyne’s fantasy stats. I would give up any player 1:1 for De Bruyne not named Bruno Fernandes. Try selling high on Grealish, Rodriguez, or Kane in a 1:1 trade to get back De Bruyne.

Prospects: Wan-Bissaka has had a poor start to the season, but I expect to see a big turn in performances soon. United kick off a great schedule with West Brom in gameweek 9, where they will be hoping for a clean sheet and a win. In games vs. lower table teams, Wan-Bissaka will have the chance to get forward and put in some crosses. Over the next month or so I wouldn’t be surprised to see an attacking return or two on top of some clean sheets. I am sure unless a United fan rosters the right-back you can get him for very cheap, with the other manager surely frustrated. I would consider Wan-Bissaka a Top 2o defender rest of season and should be treated as a low-end DEF2.

Prospects: Another City favorite makes the list, with Sterling having a horrible season from a Fantrax perspective. Barely above 8 PPM, it seems his ghost points have disappeared and his attacking turns aren’t coming in as often as managers would have hoped. With Aguero and Jesus back, I expect Sterling to be pushed out wide again, and have the chance to rack up more ghost points and hopefully more attacking returns. After the Tottenham game, Manchester City has a great run of fixtures, and now should be the time to bring in Sterling. I am backing Sterling to still be a top 15 overall player this season.

These players have started the season strongly, but are ideal candidates for the Sell High category. Cash in on their current form… they can’t continue to play at this high level!

Prospects: Bamford has proved all of his critics wrong by having a great start to the season. In eight starts he has 7 goals and 1 assist, but I expect that trend to come to a crashing halt soon. While Bamford could very well score 15-18 goals this season, the performances in between will be very frustrating. I doubt Bamford continues this FWD1 status and comes down to a FWD3. Now is the time to sell. Look to gain back as much value as you can for the Leeds striker. If you can swap him out 1:1 for the underperforming Aubameyang, I would do that trade all day. Look for other underperforming strikers such as Jimenez and Sterling in Bamford deals.

Prospects: Abraham has done extremely well in the minutes given to him by Lampard. With Pulisic and Havertz expected to be back after the break, I expect to see a decline in those minutes pretty fast. I still expect him to start vs. Newcastle, but that may be it for a few matches. If you have Werner it may be in your interest to hold Tammy or at least offer him out for a guaranteed every week FWD2/3. The obvious trade is going to the person who rosters Werner. Offer out Tammy and see what you can get. I would aim high for a FWD2/MID3 but settle for a FWD3 who has some upside and guaranteed minutes, maybe someone in the range of Ayew + 1 could add much needed value to your roster.

Evaluation: Now this is a big trade. The team getting Salah is getting the best player in the deal, as well as getting an in-form forward and a potential top 5-7 defender in the mix. The other manager is getting two potential top 15 players and the completely out of form Bernardo Silva. A lot of this deal will depend on the ability of Che Adams to keep his form and whether or not Mahrez gets 70% of the starts this season. I am a big Grealish believer this season, but Bernardo Silva is very worrying. If Mahrez gets his act together this manager could easily see weeks of 70+ points from this trade alone.

Verdict: This is a very even trade for me, and I will be interested to see how this pans out over the next few weeks. Salah getting COVID-19 is very unlucky for this manager though, and they will be hoping Adams continues his good form.

If Aubameyang hits a run of form we all know he could, and Willian is a part of that then team 1 could see themselves creeping ever closer to the title. Mount looks likely to see 70% or more of starts and will provide great potential to win a matchup. For me, the issue for team two lies with Pulisic and Mahrez. I back Martial to see some form soon I think, but Mahrez being dropped and City having a lot of options is a big issue. Pulisic having worse hamstrings than Antonio is also a red flag. There will be times in the season team 2 gets all these guys on form, and watch out, but I doubt it will all be at the same time.

Verdict: I am slightly on the Aubameyang side, but a few weeks of a healthy Pulisic, Mahrez starting more games, and Martial hitting a run of form will instantly change my verdict in huge favor of team 2.

Trade: Havertz and Eze FOR Saint-Maximin and Lo Celso

Evaluation: I will straight up say Havertz is the best player in the deal for me based on fitness, guaranteed minutes, and potential for attacking returns. Saint-Maximin is a ghost point machine but has struggled with injuries, and consistency this season, and while I back him to score well still, I think Havertz with thoroughly outscore him. Eze vs. Lo Celso is an interesting one, Eze is just getting back into the team, and played himself into the undroppable category in Hodgson’s books (I hope). Lo Celso will continue to share time with NDombele even when he gets starts, will rarely if ever see more than 75 minutes.

Verdict: I have to side with the Havertz side here, while I believe Saint-Maximin will still be a top fantasy asset, the explosive potential of Havertz AND Eze in this trade makes it the obvious choice.

Follow The FF Genie on Twitter @draftgenie for all the latest and check out all of our Draft Premier League Analysis.