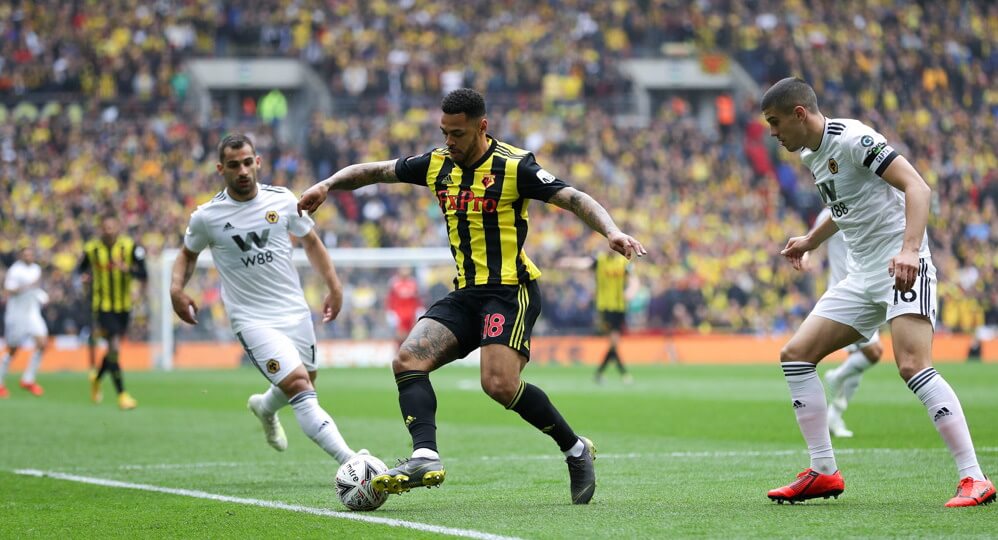 Every Fantrax manager knows that Waiver Wire and Trade acquisitions can make or break your Fantasy EPL season.  This week’s GW4 Waiver Wire is here to help managers pick up the best Premier League players possible, as well as suggest players to potentially target for a trade with a fellow manager!

Here we outline Fantasy EPL Waiver Wire Targets that have 30% ownership or below on Fantrax.  These players will also have a favorable run of fixtures upcoming, so they could perform very well over the upcoming period!  Trade Targets will be players who look set to do well over the upcoming period, but their own statistics suggest they are probably taken in most draft leagues!

Prospects:  Jota got his first start of his season vs. Everton, and capitalized on it. The Spanish winger filled up the stat sheet nicely and had an assist to his name for a total of 15 points. Jota played well the entire match, passing the “eye test”, and should have had another assist to his name when Wesley failed to capitalize on another chance. Jota should continue his role in the XI of Villa who look hungry to score goals. Going into GW4 I would look for Jota on your waiver wire. Villa has an easy run of fixtures coming up and Jota could be a starting midfielder for your team every week. I would use a top priority waiver claim on Jota ahead of GW4.

Prospects: Yarmolenko made his first start of the season this past weekend in the win vs. Watford, and looked very lively. He played just under 60 minutes, but managed a respectable 11 points with no goals or assists. At West Ham there seem to be three players fighting for one place, but Yarmolenko should get a few opportunities to stake his claim. Ahead of GW4, where West Ham plays a leaky Norwich side, Yarmolenko could offer you good FWD2 value. Lanzini, Anderson, and Haller are all very strong attackers which will do nothing, but help Yarmolenko’s prospects. The forward pool is looking shallower each week. I would look to your waiver wire to add the West Ham winger ahead of GW4. I would use a mid-tier waiver claim on Yarmolenko since there is still a risk he doesn’t start.

Prospects: Vestergaard has been Southampton’s best defender fantasy-wise this season having a very respectable PPM of 9.6 after 3 games. The Southampton CB is the perfect DEF4 for your fantasy team, as he is not clean sheet dependent and will have plenty of defensive work to do. Against one of the best offenses in the league (Liverpool), he still managed a respectable 6.75 points. Vestergaard will also be a threat from set pieces with his strong aerial presence, and JWP having near-perfect deliveries. Even though Southampton has some tough matchups I would still use Vestergaard as a DEF4 and a rotation piece in your line-up. If he is on your waiver wire, I would use a lower end waiver claim to add a steady point-getter to my line-up.

Prospects: With Troy Deeney out injured Andre Gray looks like his replacement for the next few weeks. Gray provided Watford with something Deeney hasn’t just yet; a goal. He finished with 17.5 points and looks like Watford’s best chance at a goal. Watford looks dreadful going forward, but Gray could be the spark they need. Watford is 0-3 this season and has a few tough matchups coming up, but with a shallow forward pool, Gray could provide u with FWD3 value when needed. He is probably a matchup dependent player, but I would use him in all of the next 5 except against Manchester City. With GW4 approaching look to your waiver wire to add Watford’s new starting forward. I would use a mid-tier waiver claim on Andre Gray, and potentially even look to trade him to a Deeney owner who is low in the forward department.

Prospects: Norwood is the real deal in Togga scoring. For a player that was probably drafted after Round 11 in your league, he fills up the stat sheet better than some Round 4 picks. Norwood commands set pieces for a Sheffield team with some big center backs, and has a lot of defensive work to do with tackles and interceptions. If your team is filled with boom or bust players I would look to trade for Norwood. He is the perfect MID4 who you can play every match knowing he will get you at least 8 points and has tremendous upside with set-piece duty. The key here is knowing what to offer to get this hidden gem. I would look to offer a bigger name player who hasn’t performed, but people still hold out hope for. Players like that could include Milivojevic, Che Adams, David Silva, and even Ward-Prowse. I would offer any of these players to get the consistency and upside that comes with Norwood.