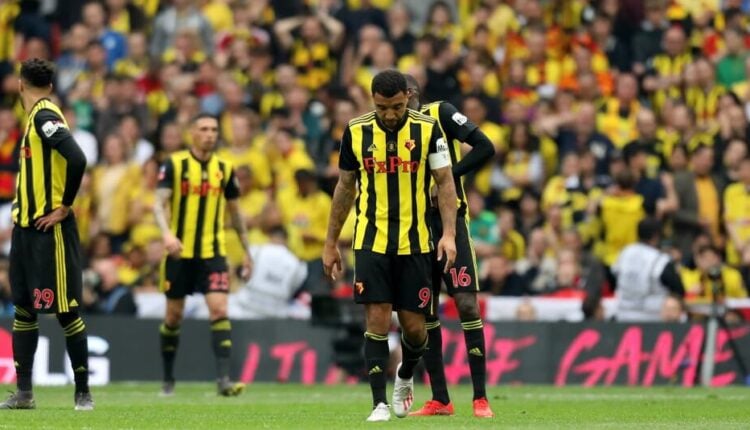 What’s Changed?:  Let’s be honest here chaps, it was a bit of a surprise to us all that Söyüncü pipped club captain and fans favorite Wes Morgan to the vacant center-back slot left by Harry Maguire.  However, Söyüncü has excelled during this prolonged run in the side and features in our EPL Chaps Choice Sleepers XI for GW4.  Despite only keeping one clean sheet in the opening three gameweeks, Söyüncü still finds himself ranked as the fourth-best defender on Fantrax.  In GW3 Söyüncü also helped himself to an assist, suggesting that he is perfectly capable in the final third of the park.  We fully expect Söyüncü to retain his place in the side for the foreseeable, and with fixtures against Bournemouth, Manchester United, Spurs and Newcastle who have all got off to uninspiring starts; we’d expect plenty of opportunities for more points over the coming gameweeks!

What’s Changed?:  Another player to feature in our Sleepers XI, Wilson has settled into life in the Premier League having joined late in the summer transfer window.  This chap is in red hot form having picked up two goals in two games, one in the win away to Aston Villa, the other an impressively well taken free kick against Manchester City. Not only was the finish against Manchester City impressive, but it also suggests that Wilson will be on set-piece duties; increasing his chances for picking up attacking returns.  With Southampton and West Ham coming up over the coming gameweeks, we highly advise you all to consider bringing in Wilson in advance as he is most certainly a gem of an EPL Draft player.

What’s Changed?:  Burnley youngster Dwight McNeil has averaged an impressive 12 points per game in the opening three gameweeks despite having only registered one attacking return; an assist in the 1-1 draw with Wolves in GW3.  With such an impressive average points return and given his ability to accrue points from doing very little; investing in McNeil is a sensible option for your EPL Draft squad.  Where McNeil benefits from the Fantrax points scoring system is the number of key passes he makes; for example, in GW3 he supplied nine crosses, and that was following the eight crosses he registered in GW2!  With some good fixtures in Brighton, Norwich, and Villa all coming up, picking McNeil up now and streaming him with your other strikers would be a worthwhile strategy for the foreseeable.

What’s Changed?:  Eugh.  What is going on with Spurs?  Anyone that went in for a Spurs defender in this seasons draft must be absolutely savage about how the North London outfit have started.  Last week we advised you all to move away from Vertonghen, and this week we are picking on his old pal Toby Alderweireld.  The once rock of the Spurs side looks all at sea this season, with very little cohesion between him and Sanchez.  Spurs have shipped four goals in the opening three gameweeks; failing to keep a clean sheet.

Recommendation: Although Spurs are in a real poor slump at present we’d stick with Alderweireld.  He is likely to keep his place in the side, and we’d expect the Spurs form to pick up.  Bench him for the Arsenal fixture, and look to reinstate for Palace and Southampton where we’d expect Spurs to pick up cleanies.

What’s Changed?:  With the rise in form and stock of Daniel James, we’ve marked Lingard out as high risk to lose his spot or at the least, be subject to rotation.  Whilst Lingard’s place will not come under threat by James, what the inclusion of James on the right-hand side of the attacking midfield three will do, is heap pressure on Lingard to contribute.  With Lingard offering very little in terms of points in the opening three gameweeks and having not created any attacking returns, unlike James who has two goals in three appearances.  Lingard was replaced before the hour mark in GW3 with Solskjaer noticeably frustrated with United’s lack of creativity.

Recommendation:  Bench Lingard for now and see how things pan out for the next couple of gameweeks.  There is very little competition for the No. 10 shirt at United, with Rashford operating out wide, Martial up top, and Pogba in a deep-lying playmakers role.  If James is available he should be brought in at the expense of Lingard, otherwise, stream him into your lineup when the fixtures suit.

What’s Changed?:  What a conflicting start of the season, a poor start for Watford but a pretty good one for Deeney who averages 9.5 points per game despite not actually picking up any attacking returns!  Deeney has since undergone a minor knee operation that will sideline him for several weeks, although injury guru Ben Dinnery is not putting a deadline on Deeney’s return and there are some reports from other sources suggesting he won’t be back until November!

Recommendation:  To the 81% of Fantrax managers that own Deeney, you have to drop him!  Yes, he’s a legend of EPL draft, but Draft Football waits for nobody.  Little is known about an expected return to action date, but November has been suggested. If this is indeed the case; such a bulk of the season will have passed and you could find yourself having lost a lot of ground in your league.

Dwight McNeil (78%) at Burnley, Wesley (63%) at Aston Villa, or the in form Jordan Ayew (12%) at Crystal Palace would all be perfectly acceptable replacements.