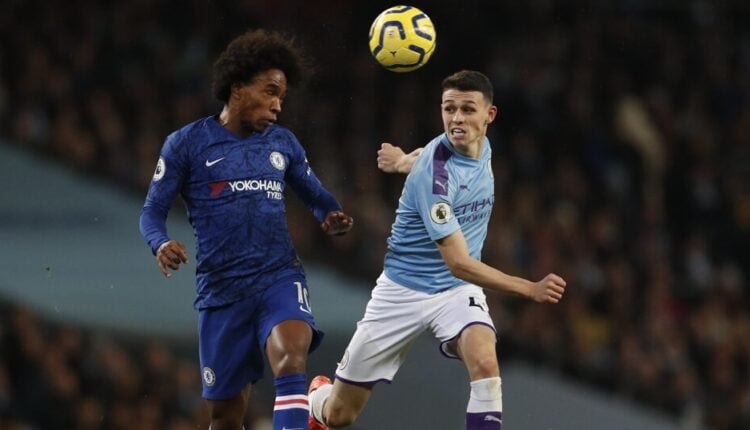 What’s Changed?:  Much is dependent on a clean sheet for Shaw to score big double-digit points, however we cannot deny Shaw any longer.  The Manchester United left back has been in sublime form over the last couple of Gameweeks and has helped his side to three impressive clean sheets.  With a couple of tough fixtures to come, not all Draft Premier League managers will be rushing to sign up Shaw, but we’re backing him to bring home some good returns; certainly against Sheffield United and Brighton, but probably also Spurs!

What’s Changed?:  Its very rare that we feature the same player two weeks in a row, so it gives you a fair indication that Bernard is well worth picking up.  Dropped to the bench for Gameweek 27, the Everton winger only played half an hour in the defeat to Arsenal; but his impact for Fantrax managers was pretty big!  A score of 9.5 points in only 30 minutes is impressive and shows just how useful Bernard is in Fantrax.  There are some pretty challenging fixtures coming up, but Everton fans and Bernard owners will have their eyes firmly set on the Norwich game in March.  Of course, it won’t matter who the opponent if Bernard keeps this form up; all aboard!

What’s Changed?:  What a couple of weeks this chap has had.  Having not played hardly at all this season, Vydra has taken his chance in the side exceptionally well.  With both sit and forget forwards Ashley Barnes and Chris Wood injured, Vydra has started the last two games and scored two goals.  In fact, Chap 2 called Vydra out in the @FPLKickaround podcast last week as a player worth taking a punt on for the last Gameweek; so it would be unforgivable not to include Vydra in our hot list going into Gameweek 28.  Sure it is a roll of the dice, but with some tasty fixtures coming up, and Burnley in a little bit of form it would be a worthwhile move to bring Vydra into your Draft Premier League side as a 3rd or 4th choice striker.

What’s Changed?:  Is now the time for the early season favorite Lundstram to finally get the drop from your squad?  Well, if it weren’t for a goal off the bench in Gameweek 27 then that 5.08 PPG score would be much lower.  It’s not that Sheffield’s form is bad, nor are the fixtures anything to be frightened by, its the fact that Lundstram isn’t getting into the side at the moment.  With the business end of the season coming up in Draft Premier League, you really need a squad of players that are going to be starters.

Recommendation:  With the value of Lundstram pretty low right now, it would be very appealing to drop him.  But we’d recommend looking for a trade first; which will be super tough.  If you need any ideas, drop us a DM  on Twitter!

What’s Changed?:  An absolute colossal performer in Fantrax this season, Buendia is a Draft Premier League favorite.  He is also Norwich City’s best player, and their best chance of staying in the Premier League will come from Buendia being on the pitch.  Having picked up a knock a couple of weeks ago, Buendia has been limited to three back-to-back appearances from the bench, and manager Daniel Farke’s comments last week intimating that Buendia is out of the side having not scored a goal has got Canary fans feeling a little perplexed.  After all, Buendia has created the second most chances in the Premier League this season, second only to…you guessed it; De Bruyne.

Recommendation:  We highly recommend you hold!  With Norwich desperately needing wins, they will need their best players on the park, so Buendia will be back in the side for Gameweek 28.

What’s Changed?:  Willian has failed to pick up a double-digit score in the last four Gameweeks and has also been subjected to some rotation.  With two appearances from the bench in the last four games, Fantrax managers will be worried heading into the Playoff season with a Forward-1 such as Willian being subjected to so much rotation.  There will be concerns mounting for Willian owners over the form showed by Chelsea in their comfortable dispatch of Spurs in Gameweek 27; a game that Willian was benched for and hardly impacted when coming on.

Recommendation: This is a really tricky one, but we’d recommend sticking with the Chelsea man for another two Gameweeks.  If an attacking return comes in the next two games, a potential half-decent trade could be on the cards!