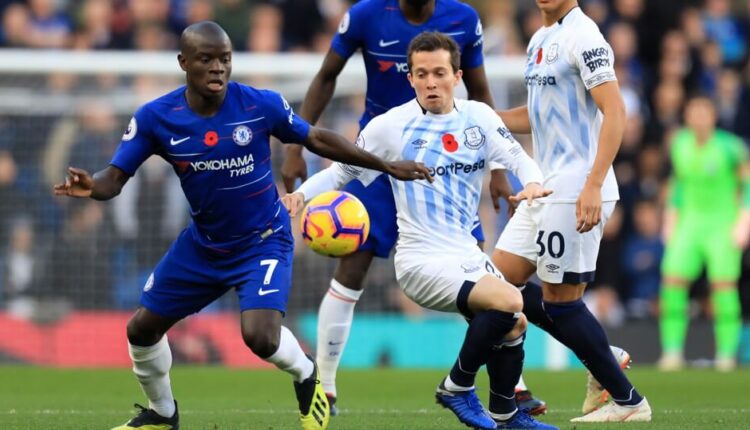 Our Gameweek 23 Chaps Choices article provides Fantrax managers with a Fantasy EPL Sleepers XI.  Our starting eleven of Premier League differential picks will help you find a golden ticket to a big score this weekend!  These hints and tips will give you a better chance of picking up an all-important victory, as one of our Fantasy EPL sleeper picks could easily make the difference in a Head-to-Head game!

Prospects:  We’re backing Mat Ryan to score well at home to Aston Villa this weekend.  A clean sheet could be on the cards, as well as a decent amount of save points.  Brighton has a good chance of getting back to winning ways this weekend, and Aston Villa looks there for the taking.  The Villains will be without Heaton, McGinn, and Wesley, and lost 6-1 in their last game!  Ryan donated $500 AUS to the Australian bush fire charities for each save made in the Premier League last weekend – he made 5 saves himself in Gameweek 22!

Prospects:  Reece James continues to impress during his maiden Premier League campaign.  During his six Fantasy EPL starts, James has gained a double-figure return in five of those games!  Incredible form from such an inexperienced player and we’re jumping at the chance of featuring him once again.  This weekend Chelsea face Newcastle, fresh off a clean sheet in Gameweek 22!  We’re backing James to earn another start, after gaining an assist, as well as producing three key passes, during the 3-0 drubbing of Burnley.  If James is a free agent in your Fantrax league, he’s an essential signing!

Alternative Choice: Holgate (14% ownership) is a great alternative here if you’re in an active Fantrax league where James will be taken!  The Everton center back has established himself in the side, and they look good at the back!

Prospects:  As well as backing the Brighton goalkeeper, we’re also backing Shane Duffy!  The Irishman has been restored back into the starting eleven in recent games, and he’s a great Togga scoring player.  The issue for Duffy this season is that he’s been in and out of the starting eleven.  If he’s playing, then he’s usually scoring well!  We’re expecting a good points haul for Duffy this weekend, and he looks like a good sleeper option ahead of Gameweek 23!

Alternative Choice:  Balbuena (15% ownership) of West Ham could also be worth a shot if he’s a free agent.  West Ham are looking a little bit better at the back under Moyes, and Balbuena scores fairly well for ghost points.  Moyes will also be going all out for a win against his former club Everton.

Prospects:  Southampton’s form recently has been pretty insane.  The Saints have beaten Leicester, Tottenham, and Chelsea in recent weeks!!  They have also beaten Aston Villa and drawn with Crystal Palace.  With the team riding high, we’ve got no choice but to back a few of their players in our Gameweek 23 Sleepers XI article!  In defense, we’re opting for center back Jack Stephens, who also features in our Hot List at the moment.  The English defender has been putting in some good performances on the pitch, as well as on Fantrax.  Southampton face Wolves at home this weekend, and we’re backing Stephens for a good points haul.

Alternative Choice:  Southampton’s full backs, Bertrand (15% ownership) and Cedric (8% ownership) are also worth a look.  Both of these Chaps offer attacking potential from their wide positions.

Prospects:  Bernard has been a revelation in the last two games for Everton.  The Brazilian midfielder has produced seven key passes and completed six successful dribbles, en route to two double-figure hauls.  And these are without any attacking returns.  Ancelotti seems to have installed Bernard as his chief creator, and we highly recommend trying to bring him into your Fantasy EPL side.  The creative midfielder is not usually a good scorer in Togga Scoring, but his new role in the side has promoted his prospects.  This weekend Everton face a trip to West Ham, who will be without Fabianski once again.  We’re backing Everton to score a couple of goals, and for Bernard to be involved in them!  He’s the marque selection of our Gameweek 23 Sleepers XI this week.

Prospects:  We’re backing our favorite consistent scoring midfielder in the form of Declan Rice this weekend.  Rice has gained between seven and nine points in seven of his last eight games… and he scored 15 in the other game!!  Those stats are just incredible.  Rice has consistently scored a good level of points for the last eight games, and he has a double Gameweek 24!  The Englishman has a high points floor, and he’s a great player to own in Fantasy EPL.  You can plug him into your side if one of your more explosive players is benched for a certain game!  This weekend West Ham face Everton at home, and we expect another decent points haul from Rice.

Alternative Choice:  We’re backing Norwich man Vrancic (7% ownership) as an alternative here, after three successive starts for the Bosnian international.  Vrancic scores fairly well in Togga scoring, and a home tie against struggling Bournemouth will provide him with plenty of chances to score decent points.

Prospects: We’re taking a bit of a punt on Arsenal youngster Martinelli for our Gameweek 23 Sleepers XI!  With Aubameyang suspended for the next couple of games, we think that the young Brazilian may be given a chance once again on the left wing.  Martinelli is a midfielder in the default Fantrax settings, so he looks like a great option for a midfielder who plays a lot further forward!  This weekend The Gunners face a usually resolute Sheffield United side, but Martinelli is worth a gamble in any case.

Alternative Choice:  We’re going with a player that we’ve really liked for the past couple of months: Aaron Mooy (30% ownership).  The Australian international is Brighton’s best player, but he has been struggling with injury recently.  If Mooy starts this weekend, and is free in your Draft League, signing him is a must!

Prospects:  We’ve mentioned above how Southampton’s recent form has been unbelievable.  Armstrong has started the last two games (both of which The Saints won) and has played very well indeed.  The Scottish international scored against Leicester last weekend and has generally looked really good since being brought back into the side.  Armstrong gets forward well, is fairly creative, and is also pretty good defensively.  If he keeps up this form, he looks to be the ideal Togga scoring midfielder!  We’ve added him to our Hot List, and we highly recommend you add him to your roster.  Armstrong is still only 5% owned!  Southampton faces Wolves at home in Gameweek 23, and signing this sleeper midfielder could pay off big time.

Prospects:  Newcastle’s Fantrax legend Saint-Maximin is nearly back to full fitness, and therefore we’re putting him straight back into our Sleepers XI for Gameweek 23!  The Frenchman was scoring incredibly well prior to his hamstring injury.  We highly recommend bringing him in if your league uses Togga scoring!!  This weekend Newcastle faces Chelsea, and Saint-Maximin is likely to score well if he does make an appearance – he’s pretty fixture proof!  Even if he doesn’t start this weekend, he’s a great prospect for the rest of the season.  Bring him into your side if you can!

Prospects:  With Diogo Jota struggling with injury, Pedro Neto looks set to start once again this weekend.  We backed the youngster last weekend, but Wolves were fairly disappointing against Newcastle.  This weekend Wolves face a trip to in-form Southampton, but we’re still backing Neto to play well.  The Portuguese winger is a very tricky player, and Cedric and Bertrand will struggle to deal with his skills in the wide areas.  Backing Neto away to a side in really good form is risky, but it could pay off!!

Prospects:  Our final pick for our Gameweek 23 Sleepers XI is under the radar forward Shane Long.  The Southampton forward returned to the starting eleven last weekend and gained an assist and two key passes.  Long missed the Christmas fixtures with a slight injury, but returned with an appearance from the bench in Gameweek 21, before starting the following week.  We’re all in on the Southampton train as they face Wolves this weekend.  After a string of impressive results, there’s no reason why the Saints can’t defeat Wolves too!!  If any of Southampton’s starting eleven are free agents, we would recommend looking into picking them up. 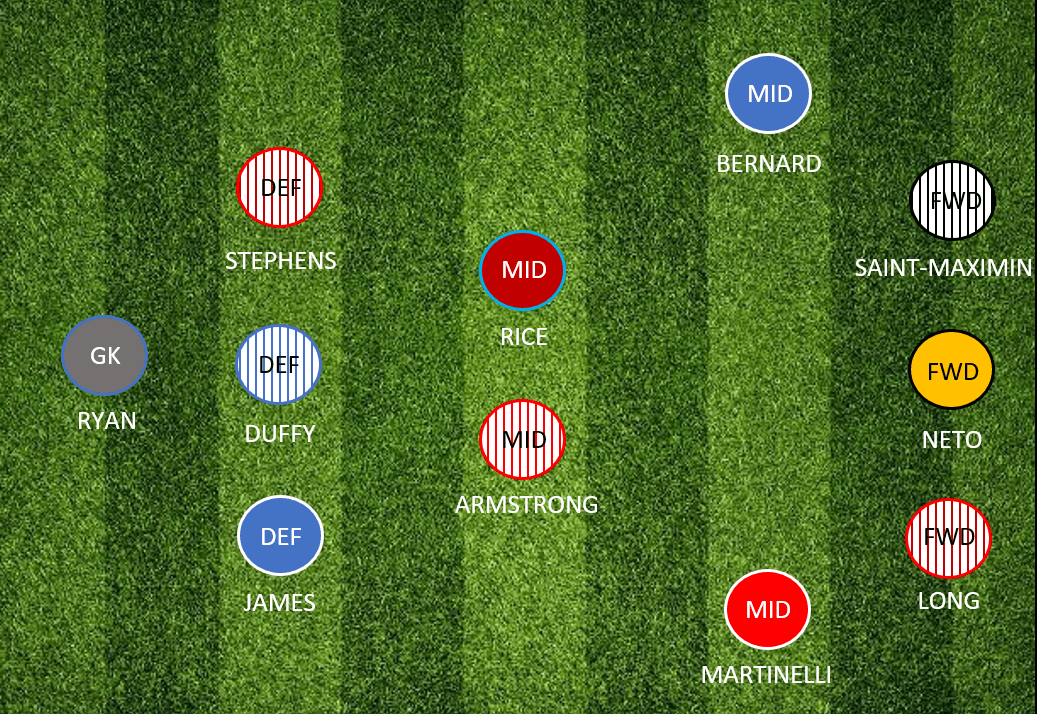