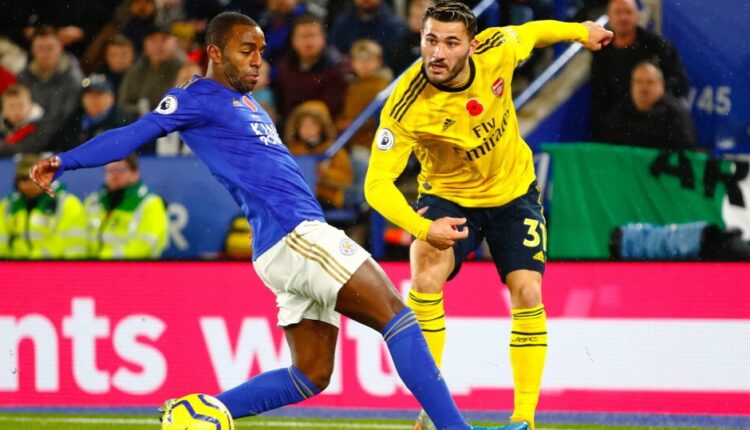 Our Gameweek 22 Chaps Choices article provides Fantrax managers with a Fantasy EPL Sleepers XI.  Our starting eleven of Premier League differential picks will help you find a golden ticket to a big score this weekend!  These hints and tips will give you a better chance of picking up an all-important victory, as one of our Fantasy EPL sleeper picks could easily make the difference in a Head-to-Head game!

Prospects:  There’s not much more to say here other than we think Wolves will keep a clean sheet against Newcastle this weekend, and therefore Patricio is worth bringing into your side this weekend.  Patricio doesn’t make that many saves, but if a clean sheet is gained he’ll bring home a good score!  Newcastle has lots of injury worries and have lost their last three EPL games.

Alternative Choice:  A goalkeeper that has recently risen in our Saves Minus Goals Against Rankings is Ben Foster (49% ownership).  The veteran shot-stopper faces a goal-shy Bournemouth side this weekend and should come away with a decent score based on saves made, and potentially a clean sheet.

Prospects:  Kolasinac looks set to play a prominent role under Arteta, after being fielded further forward during the Gameweek 21 victory over Manchester United.  The Bosnian international has always been better at attacking than defending, so any kind of left wing-back or left midfield role for Kolasinac is music to our ears.  If this becomes a permanent fixture, he could become a great asset between now and the end of the season.  This weekend Arsenal faces a trip to injury-hit Crystal Palace, and a decent result, and good score for Kolasinac, looks likely.

Alternative Choice:  Another left-sided defender to look at is Jose Holebas (28% ownership).  The veteran Greek international faces Bournemouth this weekend, and Watford look rejuvenated under Pearson.  @draftgenie highlighted Holebas as one to punt on in his Waiver Wire article this week!

Prospects:  Everton look rejuvenated under Ancelotti and have a great upcoming fixture schedule.  If Mina is a free agent in your Draft League, you need to sign him immediately.  The Toffees look much better in defense, and Mina is likely to be the main man in defense in terms of aerial wins.  The Colombian international should be owned in all leagues with eight managers or more, so we’re not sure how is ownership is still below 60%.  A clean sheet against Brighton this weekend is pretty likely, and Gameweek 22 should be the final time we are able to feature Mina in our Sleepers XI!

Alternative Choice:  Mina’s teammate Coleman (47% ownership) is also worth a shot if he’s available.  The Irishman has been playing on the right-hand side of a three-man defense in recent weeks, and Everton has a good chance of a clean sheet this weekend.

Prospects:  Much like Kolasinac, it looks as though Masuaku will be featuring much further up the pitch than a regular defender.  The DR Congo international was fielded as a left wing-back during the FA Cup victory over Gillingham, and hopefully, this will continue this weekend as West Ham face a trip to Sheffield United.  Masuaku is great going forward and is a beast in Togga scoring when he’s given the chance to play the full 90 minutes.  The Hammers have never been the best at the back, but hopefully, Masuaku can establish himself in the side, and gain some good scores for key passes and successful dribbles.  The prospects of a more advanced role have seen Masuaku promoted to our Hot List already!

Prospects:  Charlie Taylor from Burnley.  Yep, that’s right.  The English left-back played every minute over the hectic festive period and has gained double-figure scores in three of his last four appearances.  Burnley only kept one clean sheet during these four games.  Therefore, Taylor is a great asset to any Fantrax squad due to his lack of clean sheet reliance.  The left-back is gaining good ghost point scores, and has therefore been featured in our Hot or Cold Player Rankings this week!  Burnley faces a trip to Chelsea this weekend, and we fully expect them to lose.  However, Taylor should still gain a decent score based on his ability to pick up ghost points.  Worth a look in deeper leagues!!!

Alternative Choice:  If you can’t trust a Burnley defender, then perhaps take a look at their Gameweek 22 opposition; Chelsea.  Rudiger (54% ownership) is now back from injury, and although he isn’t the best of scorers in Fantrax, he’s worth a punt this weekend as The Blues have a good chance of a clean sheet.

Prospects: One of the marquee picks of our Gameweek 22 Sleepers XI has to be Fornals.  The Spanish midfielder has been on fire in recent weeks, with four attacking returns in his last six EPL games.  Fornals also bagged a goal in the FA Cup at the weekend.  There is a lot of competition for places in the West Ham midfield, especially if Moyes does move over to a 3-5-2/3-4-3 formation with wing-backs!  However, it’s hard to ignore the form of Fornals, and he really should be above our 60% ownership threshold.  The Spaniard has featured in our Hot List for a few weeks now and is a good option as West Ham face a trip to Sheffield United this weekend.

Alternative Choice:  If Fornals is taken in your Draft League, then take a look at his teammate Rice (55% ownership).  The central midfielder has been scoring very consistently in recent weeks, with a floor or around 7-8 points per game.  West Ham also have two fixtures during Gamweek 24!

Prospects:  Fred is a player that has really grown into this season.  The Manchester United midfielder has been performing very well in recent months and has featured in our Sleepers XI several times.  His ownership should be a lot higher than 46%!  Fred featured in our Hot or Cold Player Rankings this week, as well as being ranked in 68th position in our updated Top 125 ROS Player Rankings.  This weekend United face Norwich at home, in a fixture they should dominate.  The Brazilian midfielder should gain a double-figure return, after taking on some of the set-piece duties to go alongside his usually consistent stats sheet.  If Fred is still a free agent in your Draft League, he needs to be acquired!

Alternative Choice:  If Fred is taken in your Fantrax League, then perhaps his Gameweek 22 opponent Mario Vrancic (6% ownership) takes your fancy?  The Bosnian midfielder has scored well in his last two games for Norwich and could be a reliable source of ghost points over the next few weeks.

Prospects:  The old Togga Scoring favorite, Junior Stanislas, has returned to first-team action at Bournemouth, and he’s a good wildcard option.  Stanislas struggles with so many injuries, but he has a certain explosive nature about him that he’s always worth a look!  Bournemouth is really struggling at the moment, so we’re taking a punt on Stanislas starting this weekend against Watford.  Eddie Howe is without Josh King and has Callum Wilson and Ryan Fraser in stone-cold form.  Stanislas will provide Howe with the x-factor his side desperately needs!  Take a punt on Stanislas as a Gameweek 22 sleeper!!

Prospects:  A player that has really burst onto the scene in recent weeks is Brighton’s Jahanbakhsh.  The Iranian forward was a big-money signing in the summer of 2018, but it never really worked out for him after moving to the EPL from the Dutch Eredivisie.  However, Jahanbakhsh scored his first Premier League goal in Gameweek 20, and followed this up with a spectacular bicycle kick goal in Gameweek 21!  It’s hard to tell how well the Brighton man will play over the next few weeks, but The Seagulls do have a nice fixture schedule after this weekend.  We’ve highlighted Jahanbakhsh in our Hot or Cold Player Rankings, and we would highly recommend punting on him if you have a spare squad space!

Alternative Choice:  If you don’t fancy a punt on Jahanbakhsh, then maybe Walcott (13% ownership) could be an option.  The Everton forward is likely to start this weekend as Bernard and Iwobi should miss out through injury.  Walcott started in Gameweek 20 and gained an assist from the bench in Gameweek 21.

Prospects:  Pedro Neto has a real chance to establish himself in the Wolves starting eleven, with Diogo Jota potentially missing a prolonged period of time with a thigh injury.  The pacey winger started in the Gameweek 21 defeat to Watford, scoring Wolves’ only goal of the game.  We’ve seen Neto live at Carrow Road this season, and he looks like a really talented, and tricky, young footballer.  Neto is likely to take his chance in the side, and a home fixture against Newcastle in Gameweek 22 makes him a great candidate for our Sleepers XI.  If Neto is a free agent in your league, we highly recommend bringing him into your side.

Alternative Choice:  Norwich City youngster Adam Idah (2% ownership) looks set to start this weekend, with Pukki ruled out with an injury.  Idah scored a hat-trick in the FA Cup against Preston last weekend.  The forward has lots of raw talent, but no experience… worth a punt in deeper Fantrax leagues!

Prospects:  We’ve featured Ismaila Sarr a lot in recent times, as he’s really established himself in the side over a rocky start to life at Watford.  Sarr has been trusted with the right-wing position and has been scoring extremely well on Fantrax.  We’ve placed the Senegalese youngster in 48th position in our updated Top 125 ROS Player Rankings due to his recent excellent form!

This weekend Watford faces a Bournemouth side in very poor form, and we expect Nigel Pearson’s side to come away with a result.  Sarr will be key to this, alongside Deulofeu and Doucoure who have also performed very well in recent weeks.  We would highly recommend getting on board the Watford train for the season run-in if you can.  Gameweek 22 may be the final time we can feature Sarr in our Sleepers XI! 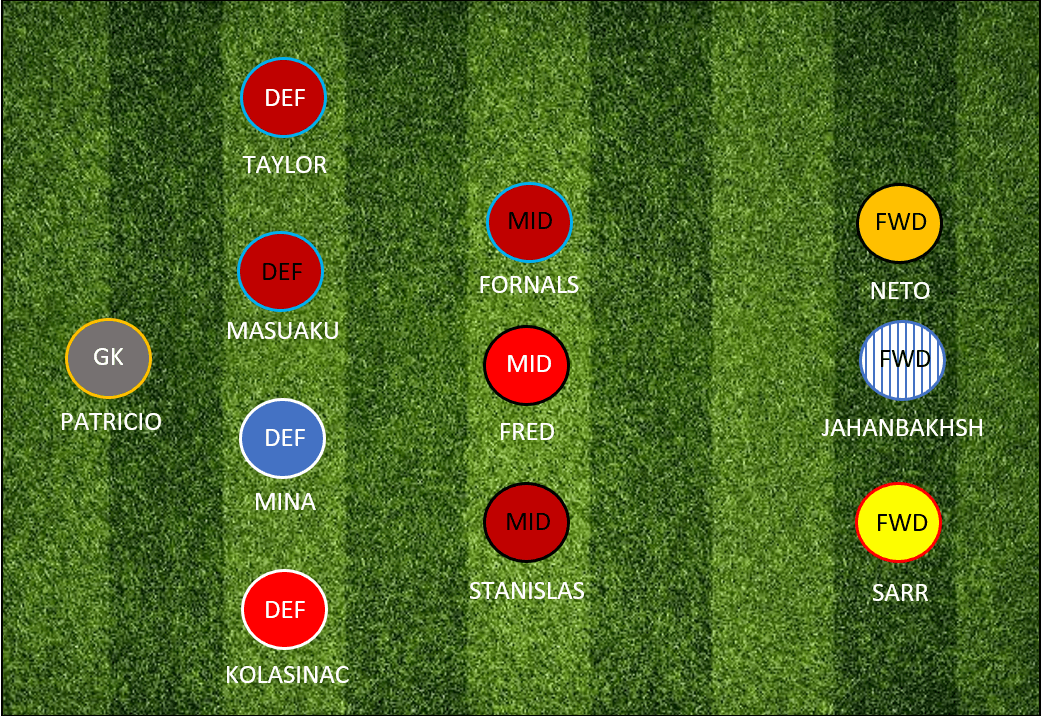