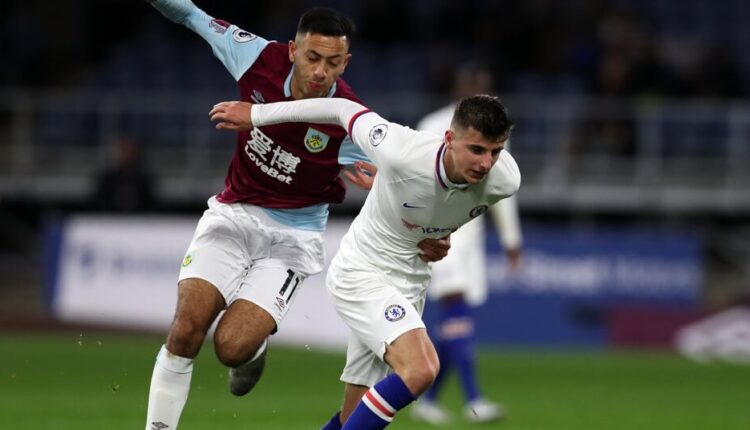 Prospects: Robbie Brady was once a fantasy darling, and now may have the chance to become that hero again! After coming off the bench late vs. Chelsea, in less than 10 minutes Brady managed to create 3 chances including 2 assists. That helped Burnley to a more respectable 4-2 defeat. Chief creator Gudmundsson is still out with an injury, so it may finally be Robbie Brady time. If Brady manages to make the XI, he will most likely command set pieces, and be the creative force in that Burnley side. I would use a low-end waiver wire claim on Brady ahead of Gameweek 11. There is still a risk he is just an impact sub, but after 10 weeks, if you want to win your league, you have to take a few gambles!

Alternative Choice: Norwich City winger Onel Hernandez (2% ownership) has been working his way back to full fitness after suffering a freak injury during pre-season. The Cuban-born German came off the bench to score against Manchester United in Gameweek 10, and he’ll soon be in the Norwich starting lineup. Fellow Canary Todd Cantwell has featured in the Cold section of the Fantrax HQ Hot or Cold Player Rankings for a while… because Hernandez will take his position in the side!

Prospects: Watford have improved significantly defensively in recent weeks, making their defenders decent options in Fantrax. Janmaat would be the best of the bunch going forward given his attacking potential, and not being a huge yellow card magnet. In the last 3 gameweeks, Janmaat has 3 double-digit scores with 2 clean sheets and 1 assist. With the exception of the Chelsea match, Watford have a friendly run of games where Janmaat can continue his fine form. If you are lacking in defenders, I would pick up Janmaat ahead of Gameweek 11 as a DEF3 option from the waiver wire. He has the upside of a DEF2 when Watford will get attacking opportunities, and with his low ownership, should be available on most waiver wires! I would use a mid-tier waiver claim on Janmaat.

Prospects: After that embarrassing defeat to Leicester, we will surely see a massive shakeup in the Saints’ XI. One player who will benefit when back healthy is Djenepo. Already a fan and manager favorite, he could easily be back in the XI as early as the match vs. Everton. In 3 EPL appearances, he managed 2 goals on 4 shots. Djenepo will add pace, and flair that the Saints are missing, and can be considered a MID3 when he starts for the rest of the season. With such low ownership, I would pick him up ahead of Gameweek 11 for the worst player on your bench.

There are very few pickups available with the upside of Djenepo, and I would use a top priority waiver wire claim for him ahead of Gameweek 11. While the Saints looked down and out, surely some fresh faces in the XI may give that team some hope going forward.

Prospects: Tielemans has had back to back 20+ point games for the first time this season. As a plus, he looks to be getting into a lot more attacking areas, than earlier on into the season. While no Leicester attacker will be easy to attain, Tielemans is one you should try to acquire ahead of Gameweek 11. Leicester will probably be a top 4 team, and Tielemans will continue to add goals and assists over their easy run the next while.

While Tielemans was probably drafted between rounds 3-4, I think you can get him for similar value, which would be well worth it! I would initially offer a MID3/4 + a DEF 2/3 something such as Iwobi, Cantwell, El Ghazi + Evans, Shaw, Mina to try and get Tielemans. If Leicester continues to score multiple goals each game, Tielemans will surely have a hand in some of them giving you a MID1 upside.

Prospects: Mount was considered the steal of the draft/waiver wire in the early season for most leagues. Now he has 3 single-digit performances in his last 5 games, and this is the time to try and buy low on him. Mount is still a key part of Lampard’s XI, commanding set pieces and that #10 role. Chelsea is among the top four goal scorers with 23 goals, and they don’t look to be slowing down. While I doubt Mount will be as consistent as early-season form suggest, he is still easily a MID1 the rest of the season.

Chelsea has a very friendly schedule coming up, and I would try to trade for Mount ahead of Gameweek 11. I would offer a MID2 or FWD2 in a 1:1 deal to get back Mount. Some players to offer could include Anderson, Grealish, King, Rashford, and Richarlson.

Fantasy EPL Players to Trade Out

Prospects: Wilson has failed to score against 3 of the leakiest defenses in the Premier League this season. In fact, Bournemouth has failed to score in their last three games. During that stretch, Wilson has scores of 6, 2.5, -3. Wilson is showing more and more that he will be a goal dependent forward for the rest of the season. Bournemouth is having their struggles offensively right now, so it may be a good time to try and sell Wilson based on his early-season form. With a tough run of fixtures coming up as well, it is very possible Wilson gets no more than a goal or two, and a lot more single-digit scores.

I would look to get FWD1/MID1 value for Wilson but would settle for a top-end MID2 + DEF2. Try to offer Wilson 1:1 for players like Haller, Lacazette, Pepe, Maddison, Bernardo, or even Pogba. Ahead of Gameweek 11, Wilson is a player you want to move on from.

Check out if any of these Fantasy EPL Trade Targets are still available from the Week 10 Waiver Wire.

Wondering how we’ve done with our recent advice? Check out our Waiver Wire and Trade Target Evaluations articles!