October 31, 2019 by The Fantasy Football Chaps Leave a Comment   |  TheFFChaps 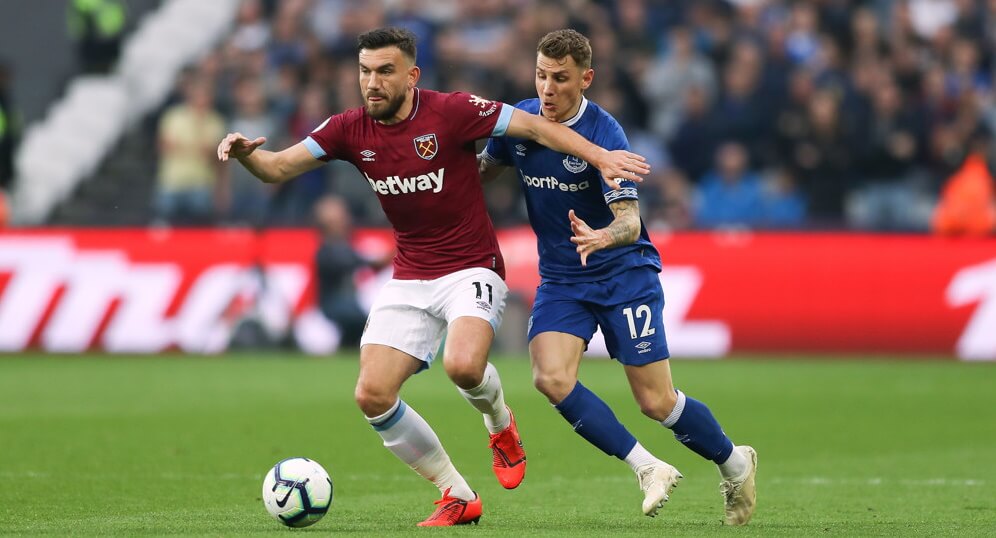 Our weekly Chaps Choices article provides Fantrax managers with a Fantasy EPL Sleepers XI.  These hints and tips will give you a better chance of picking up a victory each Gameweek.  Use our starting eleven of Premier League differential picks to find your golden ticket to a big score; one of our Gameweek 11 sleepers could easily make the difference in a Head-to-Head game!

Prospects:  The Sheffield United defense has been amazing so far this season.  Henderson is a player who has over-performed based on pre-season projections…  The on-loan goalkeeper has averaged 9 points per game from the last five and is a genuine full-time option for Fantrax Managers.  Sign Henderson and you won’t need to think about which goalkeeper to stream each week!  This weekend Sheffield United face Burnley at home, and they look set to gain their fifth clean sheet of the season!

Alternative Choice:  Mat Ryan (57% ownership) is also on pretty great form, as he’s averaged 11.7 points per game from the last five.  This weekend Brighton face a Norwich side without an away goal since Gameweek 1… backing Ryan explains itself.

Prospects:  Unfortunately Webster scored an own goal and a minus points return in Gameweek 10, but fear not Fantrax managers, he’s playing Norwich this weekend!  The Canaries haven’t scored away from home since the opening day of the season, so you can happily stick Webster in your starting lineup this weekend.  The summer signing gained double-digit returns in both games prior to the victory over Everton last weekend.  Webster’s ownership is shockingly low considering his points-scoring over the past few weeks.  Snap him up and start him this weekend if you can!

Alternative Choice:  Webster’s teammate Dan Burn (50% ownership) is a solid alternative here, as he’s also on very good scoring form.  If you fancy the Brighton boys this weekend, pick up Burn if Webster is already taken.

Prospects:  Zouma has well and truly established himself in Lampard’s new-look Chelsea side, and he’s well worth signing!  The Frenchman featured in our Gameweek 10 Sleepers XI, and we’re backing him for Gameweek 11 too!  This weekend Chelsea face a Watford side who have scored one goal in their last five games.  If Zouma is a free agent in your Fantrax League, then we’d recommend bringing him in.  The big center back has featured in our Hot List for a few weeks too!

Prospects:  Basham is our Sheffield United defender of choice, now that Stevens and O’Connell have seen their ownership increase.  The big center back gained 12.25 points in Gameweek 10, despite not gaining a clean sheet against West Ham.  Basham gained an honorary mention in our Hot or Cold Player Rankings this week, and its because he’s putting in some great under the radar performances.  This weekend The Blades face Burnley at home, and a clean sheet is expected.  If Basham is a free agent in your Fantrax Draft League, then we would strongly consider acquiring him.  Especially if you don’t already own a Sheffield United defender.  Basham is a great addition to our Gameweek 11 Sleepers XI!

Alternative Choice:  Basham’s teammate Jack O’Connell (59% ownership) is surely owned by now in any active Fantrax League, but if he isn’t, he’s a great signing.  The colossal center back is performing very well, and Sheffield United have one of the best defenses in the league!

Prospects:  We backed Willems last week, and he returned us a double-digit return despite not gaining a clean sheet.  That’s exactly what we’re after from a Fantrax defender!  This week should be no different, as Newcastle face a trip to West Ham.  We’re not particularly expecting Willems to gain a clean sheet, but based on his form and previous statistics, he should score pretty well.  West Ham has been struggling in front of goal, so they’re not likely to score big.  Willems has featured on our Hot List for a few weeks now, and his ownership remains incredibly low considering he’s averaging 12 points per game from the last five games.  The left-back is a great addition to our Gameweek 11 Sleepers XI, and would be a great addition to any Fantrax squad.

Alternative Choice:  Willems’ opposite number, Aaron Cresswell (34% ownership), is also worth a punt.  The English left-back returned to the side in Gameweek 10, and although he scored poorly against Sheffield United, his prospects are pretty good.  Cresswell should start for The Hammers, and their opponents Newcastle are pretty toothless in front of goal.

Prospects:  Snodgrass was a surprise inclusion in the West Ham lineup last weekend, having not started since Gameweek 2.  The Scotsman certainly made the most of the opportunity, as he scored a goal and provided two key passes.  Considering West Ham have been very poor in front of goal recently, we fully expect Snodgrass to remain in the side for the foreseeable future.  Therefore, taking a punt on Snodgrass is highly recommended.  He scored extremely well for a period last season when he was in the best eleven.  This weekend The Hammers face Newcastle, and we’re expecting them to pick up their first win since Gameweek 6.

Prospects:  We continue to back John Fleck, but his ownership continues to stay incredibly low.  The Sheffield United midfielder is a scoring machine, as he simply gains 8 to 10 points every single week.  This is the type of player that wins you Fantrax Draft Leagues!!  This weekend Fleck faces Burnley in a match that Sheffield United will surely win.  The Scottish international will no doubt gain his base score of around 8 points, and attacking returns will hopefully start coming his way.  Fleck currently features in our Hot List, and he will continue to do so for the foreseeable future.  If you learn one thing from this Gameweek 11 Sleepers XI article, make sure its that John Fleck is a player that you should try and acquire!

Prospects:  Brady has been slowly integrating himself back into the Burnley side in recent weeks.  The Irishman made a huge impact in Gameweek 10 however, as he recorded two assists, and 16 points, in just six minutes of action!!  Therefore, we’re expecting Brady to start this weekend as Burnley face a trip to Sheffield United.  We’re not expecting The Clarets to score this weekend, but Brady should score well based on his key passing skills.  He’s gained five key passes in his last 71 minutes of play!  Our fellow Fantrax HQ writer @draftgenie featured Brady in his Waiver Wire article for Gameweek 11, and he looks to be a shrewd pick-up ahead of this weekend.

Alternative Choices:  If you don’t quite fancy taking a punt on Brady, then perhaps Trezeguet (7% ownership) or Lo Celso (46% ownership) will take your fancy.  Trezeguet started against Manchester City in Gameweek 10 and earned himself a double-digit return.  And Argentinean midfielder Lo Celso will surely work his way into the Tottenham starting lineup soon, due to their poor form, and Eriksen seemingly giving up on life in the Premier League.

Prospects:  Onel Hernandez, the Cuban-born Argos loving German, has returned to full fitness, and we couldn’t be happier.  Hernandez made a 45-minute appearance from the bench in Gameweek 10, scoring a goal, whilst also taking five shots (two on target) and crossing four times (one accurate).  We’ve been telling you Chaps to try and trade out Cantwell for weeks due to the fact that his form has been declining, but also because Hernandez will soon take his place in the side.  Now that the German national has reminded manager Farke of what he’s been missing, we fully expect him to establish himself on the left-wing once again.  Hernandez featured in @draftgenie‘s Gameweek 11 Waiver Wire Targets article, as well as in the Hot section of our Hot or Cold Player Rankings.

Signing Hernandez is probably the biggest takeaway from this Gameweek 11 Sleepers XI article!

Prospects:  We’re backing Saint-Maximin once again, as he continues to perform well without attacking returns.  In the last three games, the Frenchman has made six key passes and fifteen successful dribbles.  Due to these statistics, the Newcastle forward has a points floor of around 9 or 10 points per game.  If Saint-Maximin can start gaining those attacking returns, his points ceiling could be pretty high too!  However, we all know Newcastle are struggling for goals this season.  In any case, Saint-Maximin is worthy of a slot in our Gameweek 11 Sleepers XI.  The Frenchman’s ownership should be a lot higher!

Prospects:  With Brighton facing Norwich at home this weekend, we just had to back one of their forwards.  Both Connolly and Maupay (43% ownership) are playing very well, and both of these Chaps are worth including in our Gameweek 11 Sleepers XI.  However, this week we’re backing Connolly after his two assists last time around.  The Norwich defense is still a bit all over the place, and the Irishman will cause them plenty of issues with his pace and trickery.  If you’re struggling for a forward this weekend, then Connolly is a great shout.  If you own him, you HAVE to start him. 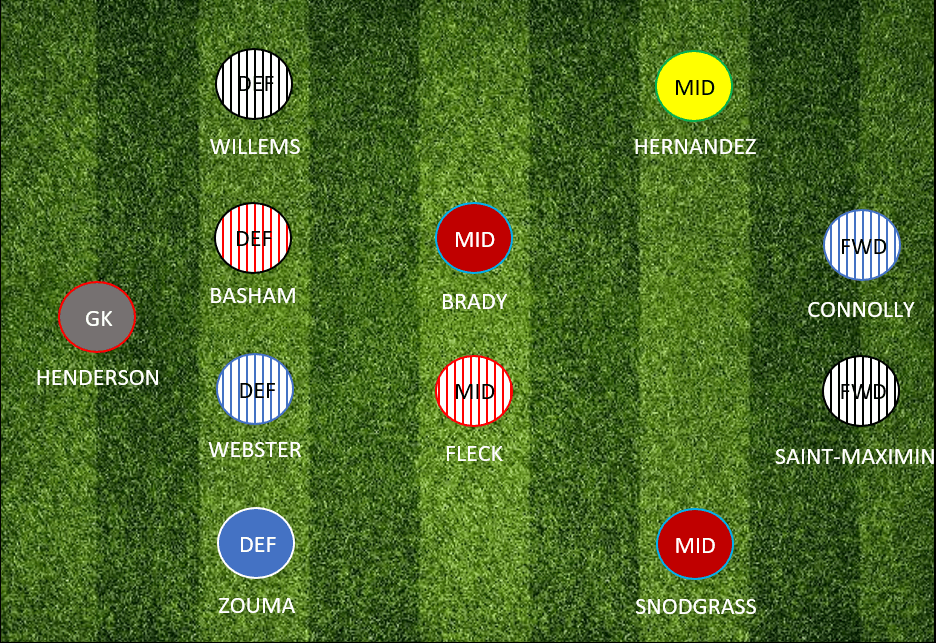