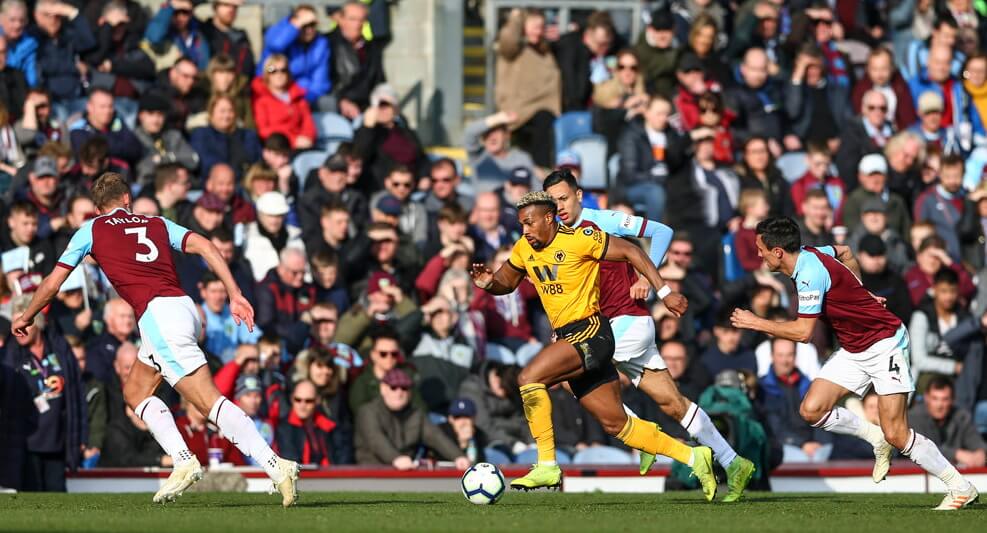 The Fantasy EPL Draft is the most important day of the year for most managers. Your draft order has been decided, and you’re currently trying to work out a strategy for which kind of players you are going to target in certain rounds. Well, we’re here to help with our incredible Draft Position Strategy articles!

First up is our strategy for draft positions 1 through to 6! These positions will guarantee you an elite level player in the first round… but what kind of strategy should you imply for the rest of the draft?! Read below for our tips!

This season pick 1 Is considered the “golden pick” with the obvious selection being De Bruyne. The best player in Fantrax by a long shot should be able to repeat that this season and should be selected at #1 overall. After this pick, you will have back to back picks for the rest of the draft – a massive bonus. Assuming you take KDB round 1 you will want to pick up at least one forward with your next two picks and compliment that with a top-end defender or a tier two/three midfielder. A combination could include two of Martial/Jesus + Doherty/Robertson/Pogba/Ziyech. After your three elite picks, it is time to complete the rest of your roster. With back to back picks you will be able to have the time to plan who to target and some backups. I would recommend trying to pick a different position with each back to back pick. Example going mid/forward then defender/mid then forward/mid. This will give you flexibility for backups in case your target gets taken, and allow you to fill out your starting XI by round 10. If done correctly use the last 5-6 rounds to take gambles and a few safer players like Rodrigo and Adam Webster to have backups to your gambles. As always look to select a goalie in rounds 15/16.

The big dilemma here is whether to select Bruno or one of the Liverpool wingers. Going with a midfielder not named KDB could be a risk round 1 and leave you with a tier two or worse forward when you get to your second pick. While Bruno was incredible since his arrival, there is the argument that Mane, Salah, or even Sterling could outscore him. As a United fan, I will personally recommend going with a forward in this pick. The drop off in the forwards available in round two could seriously hurt your roster. A combination of Mane and Maddison/Ziyech will probably outscore Bruno and Jesus/Martial. After your first two picks, you should have one forward and one midfielder. The following three rounds I would look to get at least one if not two elite defenders and either an extra midfielder or forward. After those rounds, you should follow a similar strategy to pick 1 and fill out your starting XI and add in some gambles and safe players to complete your draft. Pick 2 doesn’t differ too much from the pick 1 strategy asides from the huge dilemma In round 1

If Bruno falls to you here, I would recommend drafting him. If not choosing one of Mane, Salah, or Sterling would be the way to go. With your 2nd pick, I recommend grabbing a forward regardless of your first pick. In my opinion, the drop off in mids between your round two and three picks won’t be as big as the drop off in forwards. A combination of Bruno + Vardy + Ward-Prowse/Doherty is very possible and a strong start. At pick 3 you will be separated by four picks before your “double”. If there is a player you feel may get drafted before your turn I would recommend reaching for them. While there may be a lot of “value” that falls to you I would recommend ensuring your team has a balance of strong players in each position. This means avoiding the temptation to draft five mids back to back.

You will probably be left to choose between one of the Liverpool forwards or Sterling. Going forward-forward could land you with a front 2 of Mane and Vardy which would lead to a ton of goals. If you follow that strategy I would recommend completing the next 3-4 rounds with a balance of midfielders and defenders. Pick 4 is a huge advantage with you getting one of the elite forwards and having a 2nd round pick with some premium assets still available. For pick 4 the key will be the first few rounds and ensuring you get as many premium forwards as you can. I have seen mock drafts where teams have come out with Mane, Martial, and Jesus as their first three picks. That could easily win you a league if you follow it up with consistent mids and a few high floor defenders.

I would consider this pick one where you get last of the “elite five”. More often than not you will be able to draft Sterling from pick 5. Your 2nd pick will allow you to potentially get another top forward in the form of Kane, Vardy, or Martial. Going into round 3 and 4 you will be left with your selection of tier 2 and 3 midfielders and potentially a tier 1 defender such as Robertson. The problem with pick 5 is being in the middle of the draft, so you will have a lot of “reaction” picks. By that, I mean jumping on trends in the draft whether its when everyone goes on a “defender run” or you see some solid FWD2s fall through the cracks, and you want to trigger a run of forwards. If you know the manager in your league being in the middle of a draft could be a huge advantage if you can properly predict how they may draft. With pick 5 I would recommend having a main target for your pick and 4-6 backup options given where you are in the snake order.

Now, this is where the first round gets tricky. The obvious choice here is to draft the 2nd highest scorer of last season – Alexander-Arnold. A lot of managers will be hesitant with drafting a defender in round 1, but the old saying could hold true here, “points are points”. I am not against taking the Liverpool right-back in round 1, but would also consider Werner, Jimenez, and Son with pick 6. In my opinion, Werner and Trent have the most upside of the 4 options based on the strength of their teams attacking wise. If you choose to take TAA round 1, you will probably have the opportunity to pick up someone like Harry Kane or James Maddison in round 2 and then Gabriel Jesus or Ward-Prowse in round 3. Having a first three picks of TAA, Kane, and Jesus could easily lead to 70 points between those 3 on their days. If you do select a defender first round, I would hold off drafting a DEF2 until at least round 5/6 and fill in your attacking slot during that time. Having the opportunity for two top defenders, and three solid attackers could be the key to a successful season from pick 6. In the later rounds, I would recommend filling your team with some high floor players to give your team a nice base of points. Usually, TAA is not clean sheet dependent, but for the days when he does bust, it will be good to have players like Ndidi and McBurnie who provide a solid floor with some upside.

Click here for our Draft Position Strategy: Picks 7 to 12!