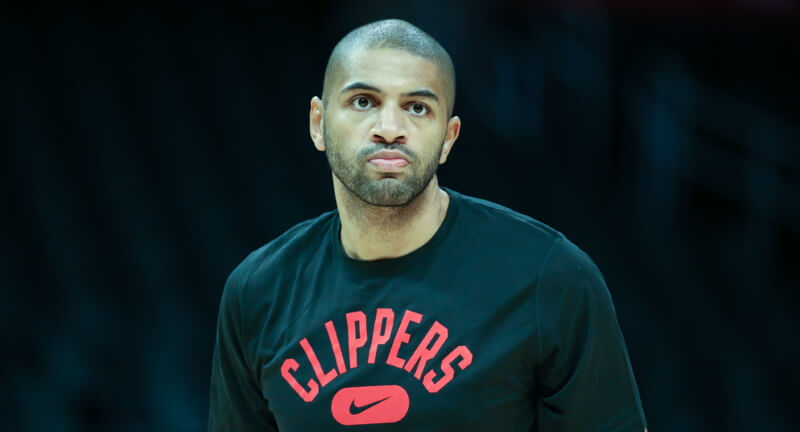 This week’s edition highlights players from a wide swath of NBA backgrounds. Familiar faces to the waiver wire alongside newcomers with NBA fathers fill out a strong list of potential weekend streamers.

As stated in previous iterations of this article, to be a viable “weekend streamer” a player must have two games in the final three days of the fantasy week. This strategy works best if you’re chasing a win in a statistical category in a “categories” format league.

“Young Glove” and “Mittens” are a couple of the fun monikers fans have started giving Gary Payton II, the son of Sonics great, Gary Payton. The former OSU Beaver has played for 10 NBA & G League teams since the 16-17 season.  GP2 has always been a superior athlete to his father and possessed his amazing defensive skills, but hasn’t been able to stick on an NBA Roster. It looks like this stint with the Warriors may change that fact.

Since his uptick in minutes over the last five games, Payton is averaging 2.5 steals a contest. His on-court contribution has been conducive to Golden State’s winning ways, but most of his work won’t show up on the stat sheet, except steals. If Payton continues to play near 20 minutes a night he could become an elite swiper of the ball, and game-changer as a late-week pick-up.

Over his last five games, Nicolas Batum has been averaging 16.8 points, 6.6 rebounds, and 5 three-pointers made across 29 minutes. It seemed early in the season the Clippers offense wasn’t accounting for the absence of Kawhi Leonard, but lately, Batum and others have stepped up and in a big way. The once play-making wing for Charlotte and Portland hasn’t been dishing out assists like the past, but the ascension of his three-point shooting and focus on rebounds still makes him a great option for a few categories headed into the weekend.

Alright, I’m breaking my rules for weekend streamers on this one. Drummond and the Sixers only have one game in the final three days of the week.  That being said, the veteran Center is averaging 22.5 rebounds over his last two games with Joel Embiid out. Given the parameters of a viable “streamer”, I’d be hard-pressed to highlight a single readily available player who is likely to get you 20 rebounds across two games this weekend. Thus, your best option for chasing boards likely lays with Drummond and his Saturday tilt against the Pacers.

Dillon Brooks played his first game of the season Wednesday, after recovering from a fractured hand. It’s likely Brooks would have been highly rostered across all formats had he been healthy to start, and he showed why Wednesday. Brooks dropped 20 points, 6 assists, 4 rebounds, 2 steals, and knocked down 4 three-pointers to kick off his campaign.

Brooks is a great all-around candidate as a streaming option and could be a main-stay on rosters in weeks to come. He’s currently around 30% owned and that will likely double or more by December.

Other Players Of Note

I highlighted Young last week, and since then he’s produced the best week of his season and earned more minutes.

Tate is a wild-card with two 20-point, and two 8-rebound games in his last five.

Caris Levert and Malcolm Brogdon can’t stay healthy and TJ, a veteran of these lists, is still a viable option.

The seventh-year big man is coming off a 31-point effort and has seen his role increasing consistently.