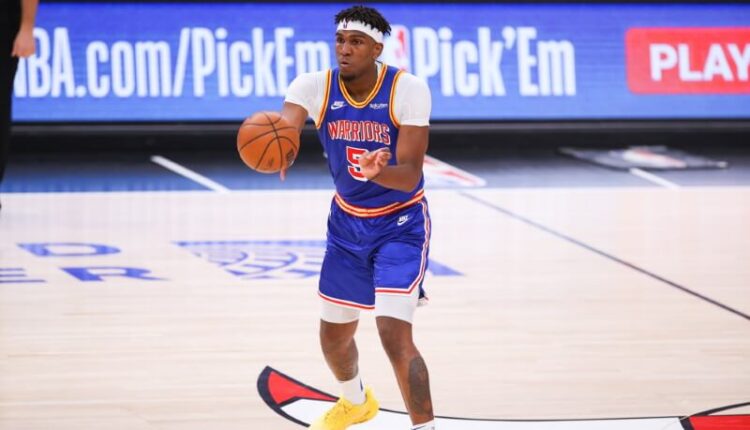 We’re back with another round of Fantasy Basketball Weekend Streamers, where we try to identify some of the top streaming options over the weekend to help you win your fantasy matchups. As always, the key here is that players must have two games over these next three days, to allow for enough opportunities to truly make a difference. And with 20 of the league’s 30 teams playing twice this weekend, it might be a little bit easier to find some guys who can make a significant impact and help you pull out a victory as the week comes to an end. So let’s dive right in and identify some of this weekend’s top streaming options.

Caleb Martin, with or without major minutes this season, has been a solid, reliable source of scoring, threes, and steals for the Miami Heat. Dating back to December 31st, Martin has scored in double figures in eight of his last ten games, going off for as many as 26 points Wednesday night against the Trailblazers. The 26-year-old has also added 14 triples and 12 steals in that span, providing a good deal of value for anyone in need of those pesky categories this weekend. And with both of his weekend games against the Hawks and Lakers, who are two of just six teams in the league who give up over 112 points per game, Martin should have no trouble providing solid value over this three-day period.

After missing five games with a foot injury, LaMarcus Aldridge hasn’t skipped a beat in his two games back for the Nets. The veteran big man averaged 20.0 points, 5.5 rebounds, and 1.5 blocks in those two games, shooting a wildly efficient 68% from the floor. With Kevin Durant out and Nic Claxton questionable this weekend, Aldridge should see minutes in the 30s while carrying a much bigger load on the offensive side of the ball. Matchups against the Spurs and Timberwolves, who both rank in the bottom half of the league in points allowed, should help the cause as well. The 36-year-old clearly still has plenty left in the tank, and he looks like a great streaming option for both this weekend and beyond.

Providing fantasy help in categories very similar to Aldridge, but in a very different way, is Onyeka Okongwu. The second-year stud has been a defensive monster of late, tallying 12 blocks across his last four games, and 8 blocks in his last two. With that, he’s put up 13.7 points and 7.0 rebounds per game over his last three, adding in a steal in each of his last five contests. And if you’re looking for someone who’s efficient from the floor to boost your FG%, the 21-year-old hasn’t shot below 50% from the field in any game this season. Yes, Clint Capela is expected to return to the starting lineup this weekend, relegating Okongwu back to the bench, but he seems to have impressed the coaching staff enough to still expect minutes at least in the mid-20s as Capela likely gets eased into action over these next few games. At least for this weekend, Okongwu should still hold plenty of streaming value in fantasy hoops.

This one is definitely a specialist pick, as Kevon Looney isn’t a major threat to do anything besides collect boards and maybe add on a few steals and blocks. But Looney has been grabbing rebounds with the best of ’em lately, so he warrants some discussion as a streaming option for anyone in desperate need of boards this weekend. Looney has topped double-digit rebounds in three straight contests, averaging just under 11 per game across his last six. And with 20+ minutes in eight of his last ten, and Draymond Green still out of the lineup, he should have no problem seeing the court for long enough to continue to make his presence felt on the glass. If you have no need for rebounds this weekend, then Looney isn’t your guy. But if you do, there’s no one better to pick up for a pair of games this weekend.

Flipping to the other side of the spectrum, anyone in need of a guard this weekend who can put up your typical guard stats should seriously consider Cory Joseph. He’s not the flashiest or most exciting name out there, but the veteran has been seeing some major minutes in recent games, and he’s been producing some solid numbers. Playing at least 24 minutes in each of his last six games and as many as 37, Joseph has topped 16 points in three of those contests, knocking down multiple threes in four of them. The 30-year-old has also averaged 7.3 assists per game over his last three, and his usage on offense might continue to increase with Killian Hayes set to miss some time. The Pistons have won four of their last six with Joseph seeing significant playing time, so the team has no excuse not to keep feeding him big minutes, and he should have a very productive weekend as a result.