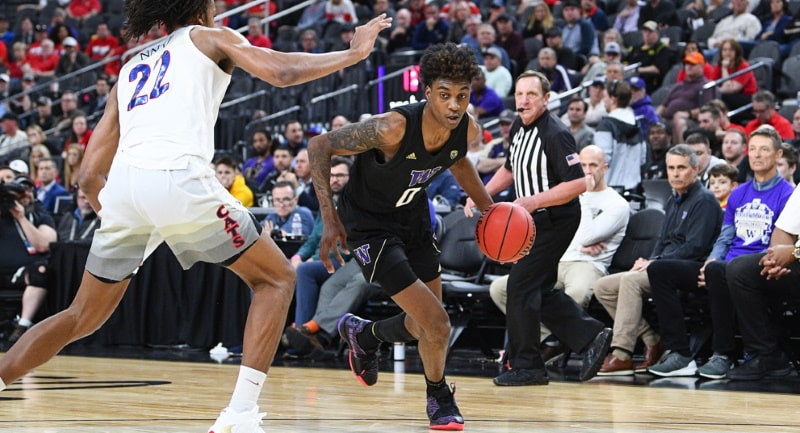 For this version of my weekend streamers, like many in the past, the focus will be on players who have two games in three nights to finish off the NBA fantasy week.

The Serbian swingman is starting to show Hawks faithful why so many teams vied for his signature this summer. In the absence of Cam Reddish, DeAndre Hunter, and now John Collins, Bogdanovic seems to have finally got his footing. In the 4 games he’s played 26 minutes or more since his return he’s averaging 23 points, over 4 three-pointers made, and nearly 5 rebounds a game.

With all the front-court injuries, Atlanta will be forced to play small, and Bogdanovic and Danilo Gallinari (80% owned) are the most likely to benefit. Taking a look at this weekend, it would be shocking to not see Bogey log 30+ minutes, meaning he should be a solid addition for points/3’s categories, but also a sleeper steals guy averaging over 1 per game since his return to the court at the beginning of March.

McDaniels is a player I haven’t gotten to with my “deep-league pick-up & stash” series; but he’s been on my big board, his recent outings show why. The 6’9 forward is averaging 14.8 points and 2.75 there pointers made over his last 4 games.  The late first-round pick out of Washington hasn’t really shown consistency in categories outside of scoring, but averaging over 35 minutes per in his aforementioned last four contests should bolster his confidence heading into the weekend

McDaniels is a modern athletic big and primarily plays the 4, and loves to shoot the three. Unfortunately playing alongside Karl Anthony Towns means it will be tough to bring down double-digit boards, though his frame and motor suggest fantasy owners could steal some defensive stats this weekend along with his scoring output.

Okeke has done just about everything since his input in the starting lineup four games ago. A 20 point night, a game with 3 steals and 3 blocks, and his latest he pulled down 10 rebounds. In Orlando’s complete rebuild Okeke is probably a square peg forced into something less like a circular hole and more akin to a celestial body containing more black holes than potentially habitable galaxies. Sure, that may be tough to make sense of, but so is the Magic rotation and roster.

Okeke may not be Mr. right, but he sure as hell is Mr. right now. This weekend he has a great chance to be a high-quality pickup across all categories.

If you found Michael’s weekend streamers helpful, you can get more help in making that final playoff push in the latest Fantasy Basketball Waiver Wire.