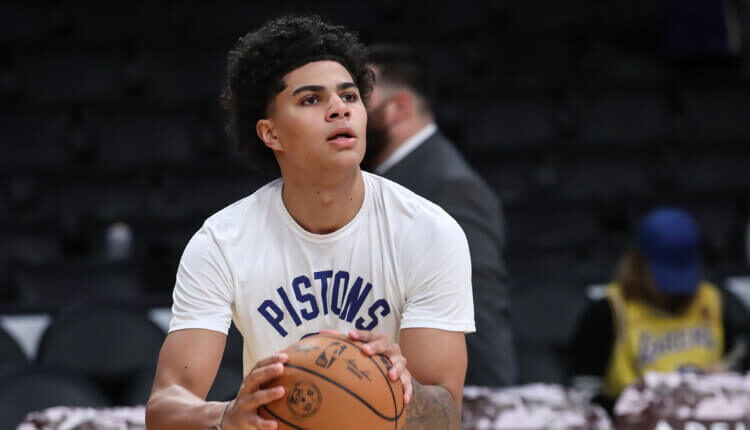 Depending on your league settings it’s Championship week baby! With just two weeks left in the NBA Season, most leagues either finish in a one-or-two-week final starting today! Some may finish next week so stay tuned for one final waiver wire of the season but in the meantime it’s time to make the most crucial moves of the season right now! Here are five players on the rise and set to make a huge impact you do not want to miss out on!

When you’re second in the NBA in pace you can’t go wrong with adding someone from the Houston Rockets. Not a lot of defense is being played in Houston equaling fantasy opportunity baby! Dennis Schroder has had quite the roller coaster of a season but has had great moments that you don’t want to miss out on. Schroder has posted multiple weeks throughout the season averaging at least 20 points, 5 rebounds, and 7 assists on the week. That’s some All-Star stats! Schroder is averaging 12 points, 5.5 assists, 3.5 steals, 1.0 blocks, and 2.0 3PTM over his last two games. I’m hopping aboard this Rocket for the rest of the season baby!

Anything goes this time of year in fantasy and it looks like the Oklahoma City Thunder are ready to hand the starting Center reigns to third-year pro Isaiah Roby. Roby who’s averaging under 20 minutes per game on the season is averaging 29 over his last two posting 16.5 points, 7 rebounds, 3.5 assists, 1.0 steals and 2.0 blocks during that span. Roby has posted at least seven rebounds in four straight games now averaging 7.8 during that span with at least two blocks in three of his past four games. The rebounds and blocks make Roby a must add and a key contributor to your fantasy championship. I’m locking this Thunder in a bottle asap!

Points? Check. Three pointers? Check. Rebounds? Check! The sophomore is taking full advantage of Kyle Kuzma being out of the lineup in Washington and has been racking up the stats and needs to be in your lineups! Avdija has now posted 17.5 points, 8.5 rebounds, 4 assists and 3 3PTM over his last two games and has dropped double-digit points in four of his past five games. Avdija as back-to-back weeks playing at least four games and has posted at least 12 points, 7 rebounds, and 4 assists in three of his past four games. Sign me up!

The Indiana Pacers are dealing with multiple injuries paving the way for big performances from Oshae Brissett. Brissett put up league-winning stats during last year’s fantasy playoffs and he’s back at it again for a second go around. Brissett is averaging 18.3 points, 9 rebounds, 2 steals, and 1.7 3PTM in three of his past four games. Not too shabby if you ask me! The 23-year-old has dropped at least 10 points and 8 rebounds in four of his past five games. That needs to be rostered.

I’ve been waiting for some of these stat lines all season, but it looks like the Detroit Pistons are finally going to let Killian Hayes play some ball! Hayes is a solid add because the sophomore can touch them all baby. Hayes has posted at least 10 points, 6 rebounds, 4 assists and 1 steal in three of his past four games averaging 11.7 points, 6.7 rebounds, 5 assists, 1.3 steals, and 1.3 blocks during that span. All Hayes needs is the minutes and with the Pistons’ season over, HC Dwane Casey is sure to give the 7th overall pick some love to the end the season. Let’s rev up those engines for one final time of the season! Solid add.

Fantrax was one of the fastest-growing fantasy sites over the last few years, and we’re not stopping now. We are the most customizable, easy-to-use, and feature-rich platform in the industry, offering the greatest fantasy experience for your dynasty, keeper, redraft, and best ball leagues. Fantasy sports doesn’t sleep, and neither does Fantrax, with seasons running 365 days a year. Take your fantasy leagues to the next level now at Fantrax.com!
fantasy basketball waiver wire
Share