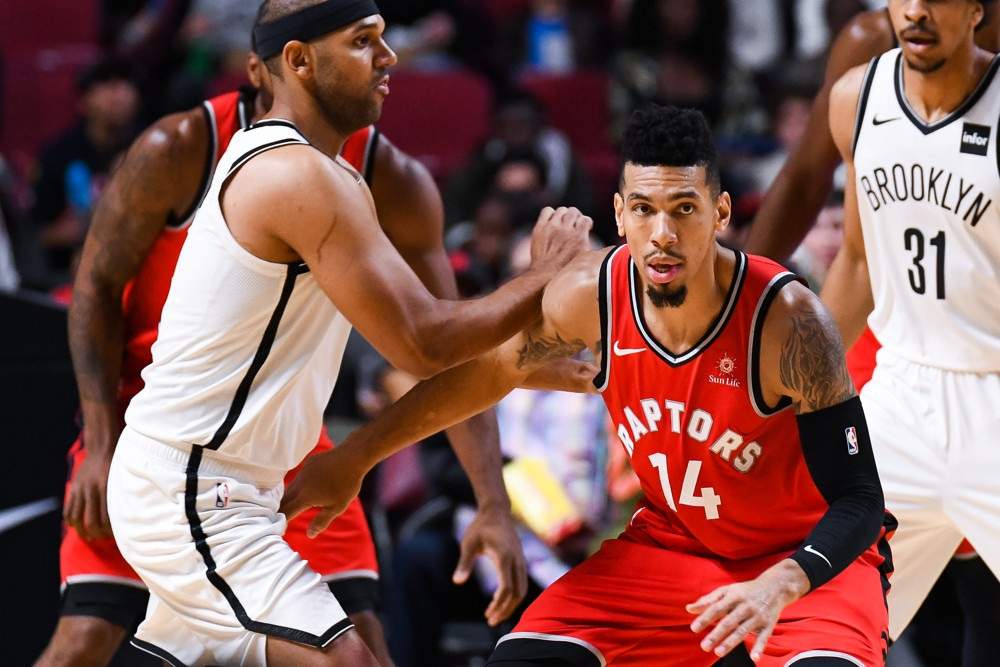 The first week of the fantasy basketball season is behind us, and there are a lot of rotational questions that are unfolding. Picking up players that are winning position battles early on in the season can be the push owners need to win a league. Donovan Mitchell owners from last year can attest to this. A key pickup early on can add just enough talent on your squad to give you that extra bump in categories you may find yourself lacking in. Here’s a look at players that could make a case for playing time and season-long production for the rest of the fantasy basketball campaign. Think of this as the fantasy basketball waiver wire for the long term.

While the Raptors frontcourt rotation has fluctuated, Danny Green has entrenched his hold on the shooting guard job. His shooting can be on or off, but Green has the ability to contribute on the defensive side. With the amount of opportunity playing next to Kawhi, Green could somewhat replicate his output from a couple of seasons ago in San Antonio, when he was a fantasy basketball gem. Three straight home games are a nice way to get comfortable on a new squad.

Speaking of San Antonio, Bryn Forbes has taken on the starting point guard duties while Derrick White and Dejounte Murray are on the shelf. His shooting will keep getting him minutes in the upper 20’s. Forbes was on the court for 5 of the 6 most played lineups through the Spurs’ 3 games. He has two games against the Lakers who will be without Rajon Rondo for one and Brandon Ingram for both contests. If you’re in need of threes, look no further as Forbes is available in over 90% of leagues.

Shai Gilgeous-Alexander has been productive thus far. He has already shown his versatility and has quickly earned the trust of coach Doc Rivers. SGA has played well and has received at least 23 minutes per game in all three contests. Being the brightest prospect on the team will do that. SGA’s role will only increase with time which makes him a nice stash that will still put up numbers. If the Clippers become sellers at the deadline, Patrick Beverley would be a prime candidate to be shipped. SGA is owned in just 24% of Yahoo! leagues. That number will go up quickly.

Not much has changed for Wesley Matthews. The veteran has been seeing a ton of playing time with Doncic playing power forward. Though it’s been two games, the Mavs are attempting over 40 three-pointers per. That fits right into Matthews’ wheelhouse. Facing a weak Bulls team and a Hawks squad that has been lit up so far, Matthews has every opportunity to put up the near top 100 numbers in previous fantasy basketball seasons. He will have some explosive nights as one of the team’s best deadeyes at the cost of inefficiency. If you’re punting FG%, give him a look.

When JaVale McGee left for LA, the Warriors were left with a lack of size on their roster. Damian Jones, a former first-round pick, has been waiting in the wings for two years. This may be the season where he gets a shot to prove his place on the team. Depending on matchups against opposing bigs, Jones will see his minutes fluctuate between the low to high 20’s. He could be a nice grab for center-needy fantasy basketball owners. He’ll face Deandre Ayton, the Dwight Howard-less Wizards, Enes Kanter and Jarrett Allen.

The point guard conundrum in Phoenix was left unsolved at the start of the season. Luckily for them, Devin Booker returned to action just in time. But Isaiah Canaan has benefited from the Suns’ scarcity at lead guard. In 21 games with the Suns, Canaan has proved he can contribute in the passing game as well as pick up a few boards per game. Not bad for a guy who’s owned in less than 5% of leagues. But beware, he shoots 37% from the floor for his career. He should keep seeing minutes until the Suns find a veteran point guard.

The Knicks have been experimenting with Frank Ntilikina as a winger, leaving the point guard duties open for Burke. He had a nice run with the Knicks to close out last season, and it looks like the team liked what they saw. Emmanuel Mudiay’s absence is giving Burke ample time to establish himself as the starter for the rest of the season. Though he’s not shooting well (his FT% should improve), he’ll give you a bump in points and assists and will contribute with some steals. He’s widely available in fantasy basketball leagues at just under 25% ownership.