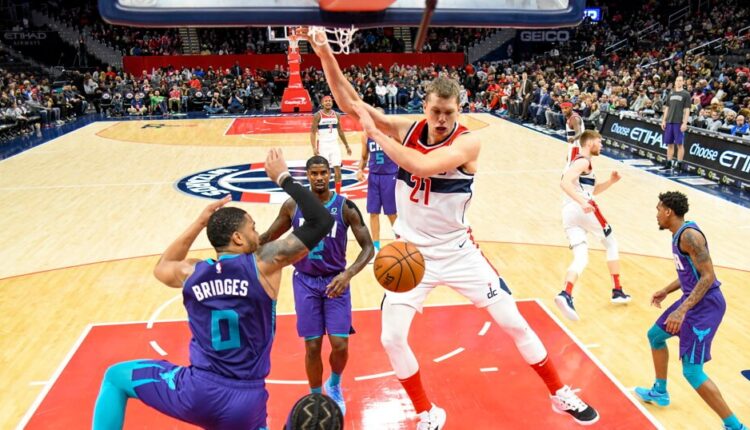 As we get closer to another holiday season, the injury bug has impacted some of the struggling teams in the NBA. Furthermore, the waiver wire should be monitored closely as some teams enter tank mode. Tank mode teams will allow their younger players more playing time. Teams like the Knicks, Warriors, Hawks, Wizards, Cavs, and Pelicans will likely be constant contributors to Fantasy Basketball Waiver Wire articles.

Wagner will be the beneficiary of Thomas Bryant’s recent injury. Bryant will be out for over two weeks. This should mean Wagner will play more minutes at the center position in an attempt to stretch defenses.

Wagner is a solid shooter and can contribute by shooting threes and grabbing a decent number of rebounds.

Add Wagner if you need frontcourt rebounding and three-point shooting.

Culver finished the past week with 11.3 points, 5.3 rebounds, 2.3 assists, 1.3 steals, and 0.7 blocks. He is a great add if you need decent all-round statistics for week 8. With Jeff Teague now listed as ‘day to day’, Culver should continue to see around 26 – 30 minutes per game.

Culver isn’t an efficient scorer, so be careful if you are in head to head leagues and need decent field goal percentage to win you the week.

Add Culver from the fantasy basketball waiver wire if you want decent defensive numbers with the chance of a few three-pointers.

Jones is a fantastic athlete and it has shown lately for the young Hawks. Jones appears to be the center of choice now that the Hawks are clearly not in contention for a playoff spot.

Jones has averaged 18.0 points and 8.0 rebounds in his last two outings. Additionally, his minutes have jumped up over 25 minutes per game.

With John Collins due back from suspension in a few weeks, take advantage of Jones’ hot run while you can.

Temple has been consistently inconsistent this year! However, in the last few weeks, his overall value has been very good. Over the last 14 days, he is averaging 13.6 points, 3.4 rebounds, 3.6 assists, 0.9 steals, and 0.6 blocks. These numbers are nicely rounded out by getting 3.3 three-pointers over the same period.

If you can hold on to Temple for at least a week, you should see a decent bump in three-pointers whilst not hurting your team too many other categories.