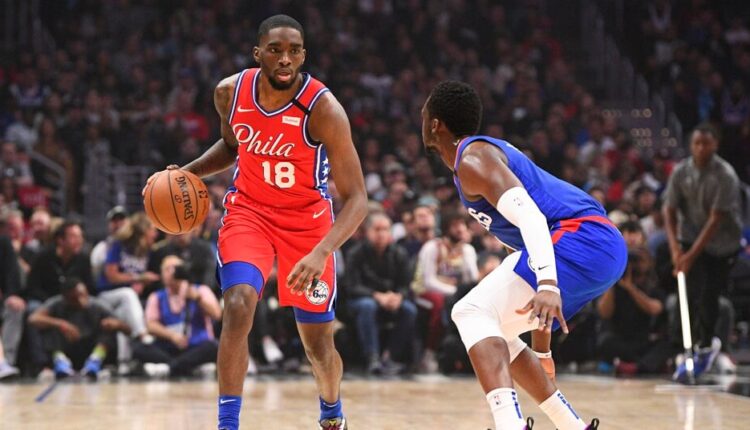 As we approach fantasy hoops playoffs, some young guns are starting to get more playing time. Late in the season is a great opportunity to pick up a rookie or second-year player off the fantasy basketball waiver wire to help you drive toward a fantasy title.

Below are three key young players on your waiver wire to gain an advantage on your competitors for week 19.

Shake Milton exploded for the 76ers over the past week. Since Ben Simmons’ injury, Milton has averaged 21.2 points, 3.8 rebounds, 4.8 assists, 0.8 steals, 1.0 blocks. His three-point shooting has been incredible over the period; missing only 4 of his last 20 three-point attempts. Obviously, teams will start to guard him from deep now! So don’t expect the insane shooting to continue.

However, Milton should be added from the waiver wire in all leagues until we get an update on Simmons. He could just the spark that the 76ers need for their playoff run though. Watch carefully what happens to his court time when Simmons returns.

Harry Giles has moved into the starting center spot of the Kings over the last three weeks. In return, his usage and numbers have jumped significantly. Giles has scored 10 or more points in each of his last four outings, including a career-high 19-point effort earlier this week.

Given Giles’ recent production, he should be considered as the Kings’ starting center moving forward. Giles is a good pick up off the waiver wire if you need some solid production in your frontcourt.

Kevin Porter Jnr is going to get plenty of room to play and make the expected rookie mistakes for the last part of the year. He has recently seen a bump in his minutes as the Cavs go full ‘tank-mode’.

Be careful if you need good field goal percentage though. He is shooting just 34.2% for the season. If you can handle some inconsistency, you might just snag some big games out of Porter Jnr to close out the year.

NBA DFS Plays for Monday, 3/2: Harden in the Garden