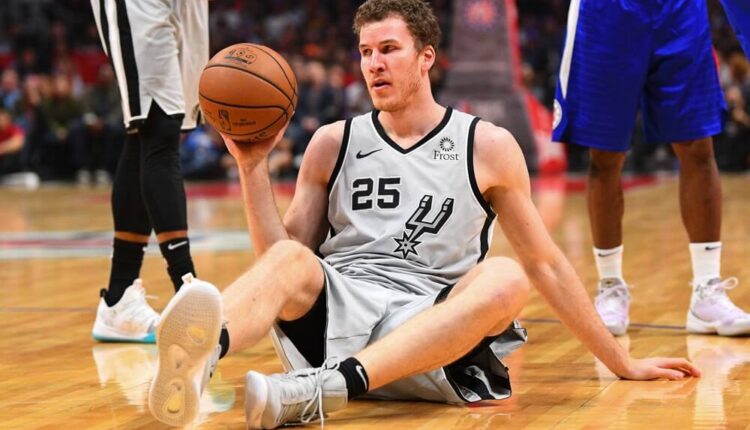 As the trade deadline approaches, we give you an insight into some hot waiver wire picks up for week 16. The NBA rumor mill is starting to swirl this week. Lots of names have been thrown out in potential trades. Various contending teams are hoping to deepen their bench and under-performing teams are looking to trade away contracts for future draft assets. Below are three key players likely available on your fantasy basketball waiver wire to gain an advantage on your competitors for Week 16.

It has been widely reported that the Warriors are looking for some draft stocks and want to get rid of Glenn Robinson’s expiring contract as part of a deal with New York and other teams. The Warriors are also looking to potentially move Alec Burks and/or D’Angelo Russell. If any one of these trades occurs as mentioned, Robinson should see a jump in his value.

Robinson has been playing well with 16.2 points, 3.4 rebounds, 1.8 dimes and 2.2 triples over his last five games, top-50 numbers in 9-cat.  Even if Robinson doesn’t get traded, and it is likely there will be additional playing time with the Warriors moving on Russell or Burks.

He is a great waiver wire pick up for the foreseeable future.

Jakob Poeltl has been trending up lately as he becomes comfortable in the Spurs system. Over the last week, he has averaged 12.3 points, 9.3 rebounds, 2.3 assists, 0.7 steals and 1.7 blocks. The defensive numbers are great from the 24-year-old Spur.

Greg Popovich and his staff have been renowned for developing younger players. Poeltl has been improving as the season goes on. If he continues to see over 25 minutes per game, you should expect to see a good uptick in blocks and rebounds. Moreover, Poeltl’s steals numbers are decent from the center spot as well.  Pick up him up from the waiver wire if you want solid all-around numbers, with upside, from the center spot.

The Wolves have been horrible lately, lost their last 12 games straight. They have also been rumored to be shopping some key players. Napier has been the one shining light lately. He has averaged 10.5 points, 5.0 rebounds, 9.0 assists and 2.0 steals over the last week.

The recent assist numbers put Napier in elite company. If you need a bump in that category specifically, he is a great waiver wire addition for week 16 and onward.

Hitting The Target: Late Round Stolen Base Sleepers