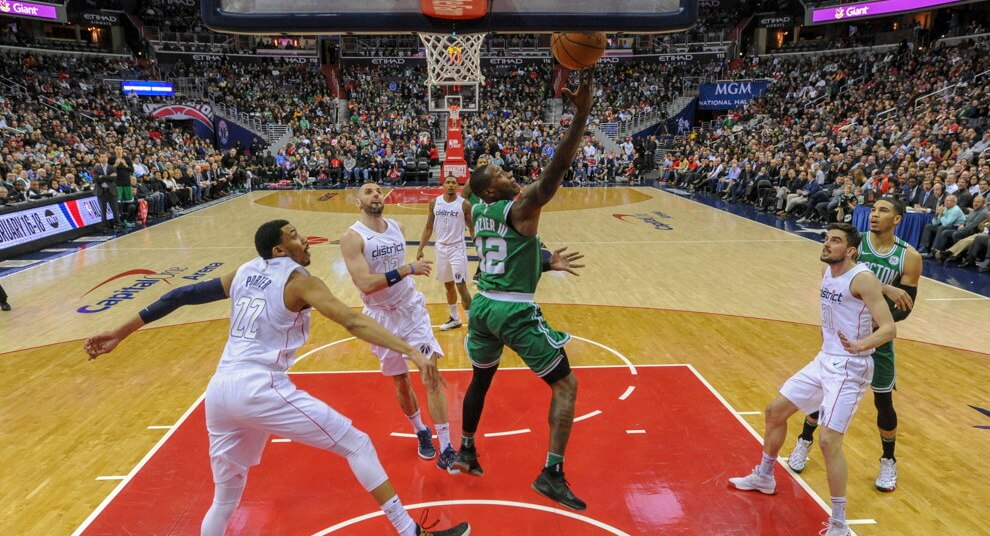 At this point in the season, players begin to fluctuate from their season baseline. Top performers regress to the mean and those slumping out of the gate begin to find their groove. Fantasy basketball usually follows a simple rule: Any player is valuable or available at the right price.

In his first full season as a starter, Michael Porter Jr. has displayed immense talent but has done so inconsistently. The last two weeks have been lackluster averaging 11 points, 5 rebounds, 1 steal, 1.7 blocks per game, on frosty 39% percent field goal percentage. Michael Porter Jr. should still experience inconsistency but expect the ship to stabilize. Of course, at the time of writing this Michael Porter is 0-8 against the Boston Celtics so be careful not to give up too much, as his upside is only worth the risk if you can buy low enough.

Since returning from injury on 16 January, Ja Morant’s averages have been down, averaging 16 points and 8 assists with minuscule production in other categories which includes a 41% field-goal percentage. The assists are nice, and we all know how electrifying Ja Morant is with the ball. He is only in his second season, so a dip in production is not shocking. Trade for him now for the right price and reap the benefits towards the end of the season when it matters.

Malcolm Brogdon began the first quarter of the season as a top 10 player. A regression to his particular mean was expected. Recently, we have seen even more of a dip in production, however, averaging 17.1 (p/g), 1.5 (3/g), 5.6 (r/g), 5.4 (a/g) 1 (s/g) on 38% shooting the past two weeks. His FG% will increase and Malcolm Brogdon will continue to be a dynamic play at both guard positions in fantasy.

Jerami Grant is having a career season but is having a rough stretch the last few games, emphasized by his 36% field goal percentage over the past week. These cold streaks happen, especially to high usage players, opening a window of opportunity. Find the fantasy owners that worry this is a hard regression to the mean and use that as leverage to buy low.

Keldon Johnson is a no-frills and perhaps surprising addition to the ‘Buy Low’ section, as he has done well to play himself onto the waiver wire the past two weeks. His minutes are slightly down from 30 to 27 per game, but stable even with the return of Derrick White. Normally an efficient shooter (just under 47% for the season), Keldon Johnson has been in the low 40% from the floor the past two weeks. This is an opportunity to buy low, and perhaps the last chance before DeMar DeRozan rumors inflate his value.

Scary Terry Rozier’s averages the past 2 weeks: 27.3 (p/g), 4.2 (3/g), 4.5 (r/g), 3.8 (a/g) 1.2 (s/g) on 54% Field goals, and 95% from the line. With Devonte Graham and Gordan Hayward shuffling in and out of the lineup, Terry Rozier has absorbed more usage and delivered with efficient domination. While Gordan Heyward and Devonte Graham’s return is imminent, sell Terry Rozier’s chemistry with LaMelo Ball. Terry Rozier should continue to have a great season but see if you can take advantage of his latest run.

Thaddeus Young has had quite a resurgence this year. Usually a great defensive streamer, Thaddeus Young has opened his game to include assists. In the past two weeks, Thaddeus Young has averaged 13.4 (p/g), 6.6 (r/g), 5 (a/g), 1.7 (s/g), on 60 percent shooting from the field. While he hurts you in FT%, the assists from the center position are rare and incredibly valuable. Unfortunately, the fun may end as Wendell Carter Jr. returned last night and Lauri Markkanen (early March) and Otto Porter Jr. (questionable) are on their way back as well. If you can, trade him for a solid rotational piece while he still has a unique value.

T.J. McConnell has been on an amazing run. Long considered a streamer, T.J. McConnell has carved out a facilitator role with the Pacers and has impressed with elite assists (8.3 a/g) and steals (2.1 s/g) in the last two weeks. I would not blame you for keeping him on your roster to round out your team, but if you can find an owner looking for scarce categories like assists and steals, you might be able to get a solid haul in return.

Mason Plumlee is doing everything you could ask for out of your center. The last two weeks Mason Plumlee has surged with nearly 15 points, 10 rebounds, 5 assists, and a block and a steal per game. He is doing this while shooting 66% from the field.  His triple-double on Valentine’s Day was a gift of love to all his owners but is a great opportunity to sell high before Detroit starts to get weird with their lineups towards the end of the season.

Enes Kanter was having a fine season even before Jusuf Nurkic went down with an injury. Now, as the full-time starter at center, Enes Kanter is a double-double machine and throwing in points and field goal percentage to complement. Over the last month, Enes Kanter is averaging 13 points, 12.6 rebounds, 1.1 blocks, and a 58 percent field goal percentage. Jusuf Nurkic’s return is still a month out (mid-March projected), so you have time now to capitalize on Enes Kanter’s consistent production before he falls into an odd timeshare.