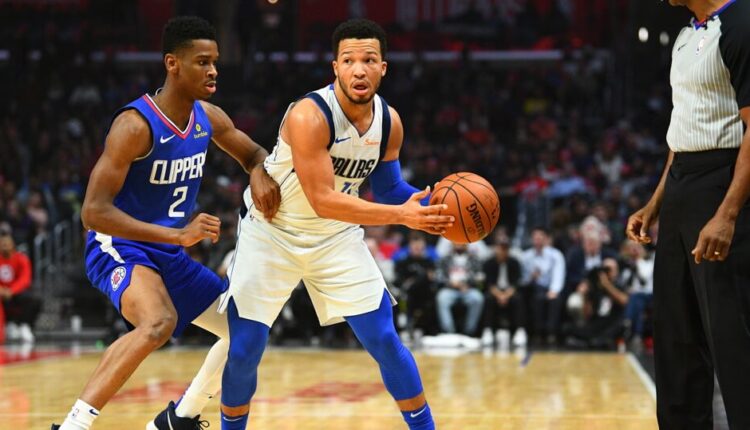 It’s just going to be one of THOSE weeks. With one of the most widely uneven schedules of the year, week 14  is going to be a strange one to attack. four days boast 10 or more contests while the remaining days all see 3 or fewer games on the slate.

A patently absurd, 23 teams play four games this week, meaning you’ll likely have to manage who to sit and who to play on potentially half or more of your games. Streaming options will be a-plenty, but will your roster have a place for them?

The Weekly breakdown of games is as follows

In a week where 75% of the league is playing four games, it’s hard to pin down the best streaming options. In the Knicks case, they have four games, but more importantly, they play on Tuesday and Thursday where the NBA slate is very thin.

Burks was input back into the starting lineup 10 days ago, and fantasy owners need to take notice.  He isn’t an elite scorer, an elite anything really, but what he will do is knock down 1.5 threes, grab 5 rebounds, and 4 assists. His biggest contribution is in the dark arts of thievery where he’s averaged over 2 steals a game over his last 7 outings.

Honestly, I don’t think anyone knows what to expect out of Reddish, but a fresh start in the big apple should be an appreciated change of scenery. The Knicks have a massive frontcourt scoring issue with Julius Randle burdened with nearly all of it. Coach Thibodeau loves to hand out big minutes to contributors so if Reddish can hit some threes and play good defense the Knicks rotation could be ready to hand him 20+ minutes a night.

“Wildly inconsistent,” is the best way to describe Evan Fournier the last two seasons, after his breakout campaign in Orlando. The veteran Frenchman scored zero points in 22 minutes on January 4, and proceeded to drop 41 two nights later. As a streamer, he’s best if you’re chasing threes and points. No one knows, he could be capable of dropping another 40-burger.

The Warriors, like the Knicks, have games on the much-coveted Tuesday and Thursday slates, as well as four contests overall.

Kuminga put in a monster effort against the Bucks Friday, with 25 points and 3 blocks. This week presents more opportunities for the budding prospect to shine. Three of the Warriors games are against DET, HOU, and IND who are a combined 37-81. With a likelihood of a blowout in one or all of those matchups,  Kuminga could benefit from extended minutes in relative garbage time. Beyond that, Draymond Green remains day-to-day, and if he doesn’t play Kuminga’s role should stay expanded.

Porter will continue to start at forward if Draymond isn’t fit to go this week, obviously, that is a big if. Having a rogue C eligibility could make Porter even more attractive if you’re chasing threes, hard to find many center-eligible players with the potential to hit 2-4 a game like Otto.

The Mavs play a 4 game schedule with fantasy crucial Thursday outing and the ultimate streaming day of Sunday. Beyond that, rarely are players not named Doncic or Porzingis owned in more than 60% of leagues.

Tim Hardaway Jr. and Dorian Finney Smith should both get a look based on your team’s needs but the real streamer to eyer is Luka’s backcourt mate.

The former national champion from Villanova is running hot! He has scored 15 or more points in 7 of his last 10 games while averaging over 6 assists per as well. Aside from Luka, Brunson has been the most steady force in the Mavericks lineup, and while he’s rostered in plenty of leagues, it should be closer to 100% than 50%.

Setting Up Your Fantrax League: Part 3