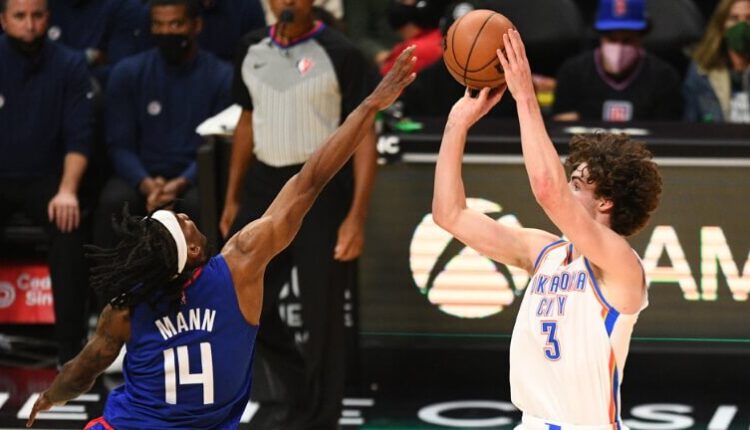 Entering each NBA season, one of the most intriguing situations to watch is always how the rookie class will fare as the season takes off. And no matter how high or low the expectations of each player and draft class are, there is simply no way to know exactly how things will pan out until we start to see these rookies take the court and try to prove themselves. So far, this promising group of rookies has lived up to the hype, with more than a handful of guys already looking like potential stars in the making. So let’s take a look at some of these guys, who have not only flashed their talent on the floor, but are doing enough to make a difference in fantasy hoops as well.

Rookies on the Rise

Despite missing the start of his rookie season due to an ankle injury, Cade Cunningham has already made up for lost time, looking every bit the part of a first overall draft pick. Cunningham has scored in double figures in eight of his last nine games, and the 20-year-old just dropped his first career triple-double on Sunday with 13 points, 12 rebounds, and 10 assists. Overall, the rookie out of Oklahoma St is putting up solid across-the-board stats with 14.1 points, 6.4 rebounds, 4.6 assists, 1.4 steals, and 1.9 threes per game. Obviously, the 35% shooting mark and 3.2 turnovers are less than ideal, but some growing pains are to be expected from even the most promising rookies. Either way, fantasy hoops players can’t complain about these numbers, as the point guard is already excelling in every major counting stat aside from blocks. With these types of performances after only 11 career NBA games, the sky is the limit for Cade Cunningham, and it is entirely possible that he is dominating fantasy matchups by the end of the season.

After somewhat surprisingly being taken with the fourth overall pick in the draft, Scottie Barnes has not disappointed thus far, making a very serious case for rookie of the year through the season’s first month of action. Barnes has been thrown into the fire from day one, as coach Nick Nurse is already giving the rookie 35 minutes per game. Barnes has earned the trust of his coach through his defense and high basketball IQ, but he has done much more than that through his first 16 career games. Barnes is averaging 14.6 points, 8.4 rebounds, 3.3 assists, and 1.1 steals, acting as a point forward at times, something he grew accustomed to doing in his lone season at Florida St. As a result, the 20-year-old has reached or surpassed four assists in eight of his last nine contests, while also achieving three double-doubles with points and boards over this past month. As he continues to develop, Barnes could become a stat-stuffing monster over the course of this season and beyond.

With all the preseason hype surrounding fellow rookie teammate Jalen Suggs, who was drafted fifth overall, it has been Franz Wagner who has been the superior player through the first month of the year. Thanks in part due to injuries, Wagner has received 32 minutes per game thus far, and he has quickly capitalized on the increased playing time. Wagner is averaging 13.2 points, 3.9 boards, 2.1 assists, 1.2 steals, and 1.6 threes per game, but his impact seems greater than these wholistic numbers would indicate. This is because Wagner has already flashed elite potential in all of these areas, making his future outlook as bright as that of any other rookie. Through just 18 games, the 20-year-old has already put up a career-high 28 points and five triples in one game, as well as reaching nine rebounds in a game, and an even more impressive six steals in a contest. The rookie out of Michigan has figured out a way to make his presence felt somehow in every game, even when his shot isn’t falling, and that only adds to his value as he works to improve his consistency. For the first time in a long time, the future looks bright in Orlando, and Franz Wagner is a big part of it.

Despite having played just 17 games in his young career thus far, Josh Giddey is already looking like one of the best playmakers in the NBA at 19 years old. Giddey is averaging 10.0 points, 7.3 rebounds, and 5.6 assists, adding 1.1 steals and 0.9 threes per game through his first month of NBA action. In that month, Giddey has already reached double-digit scoring eight times, gone for eight or more rebounds nine times, and had five games with eight or more assists. As he continues to develop, and as his minutes increase to the mid-30s (currently just under 30 mpg), Giddey looks poised to become a nightly triple-double threat based on his early-season performance. And while his shooting could certainly use some work (39.2/27.8/57.9), he has at least flashed the potential of becoming a more consistent shooter when he knocked down four triples against the Celtics on Saturday. With the Thunder looking to rebuild around their young core, Giddey will see as many minutes and opportunities as he can handle as the season progresses, and he looks like a dark horse candidate for rookie of the year at this point.

Despite now being expected to miss two to four weeks with a right elbow sprain, Evan Mobley has still looked like one of, if not the best rookie in the league thus far. The talented 20-year-old can truly contribute in every statistical category, as seen by his early-season averages of 14.6 points, 8.0 rebounds, 2.5 assists, 1.0 steal, 1.6 blocks, and 0.5 threes. And those numbers were steadily going up in the most recent games before suffering the injury, as it seemed like he was already beginning to figure out his game at the NBA level. Mobley put up 19.6 points in his last five games before getting hurt while adding nine blocks in his last three games, and hitting at least one three-pointer in four straight. Possibly most impressive is that he was given 40 minutes three times in November. When Mobley returns, he is going to see as much playing time as he can handle, and it is clear that he is going to produce some enormous stat lines in those minutes.