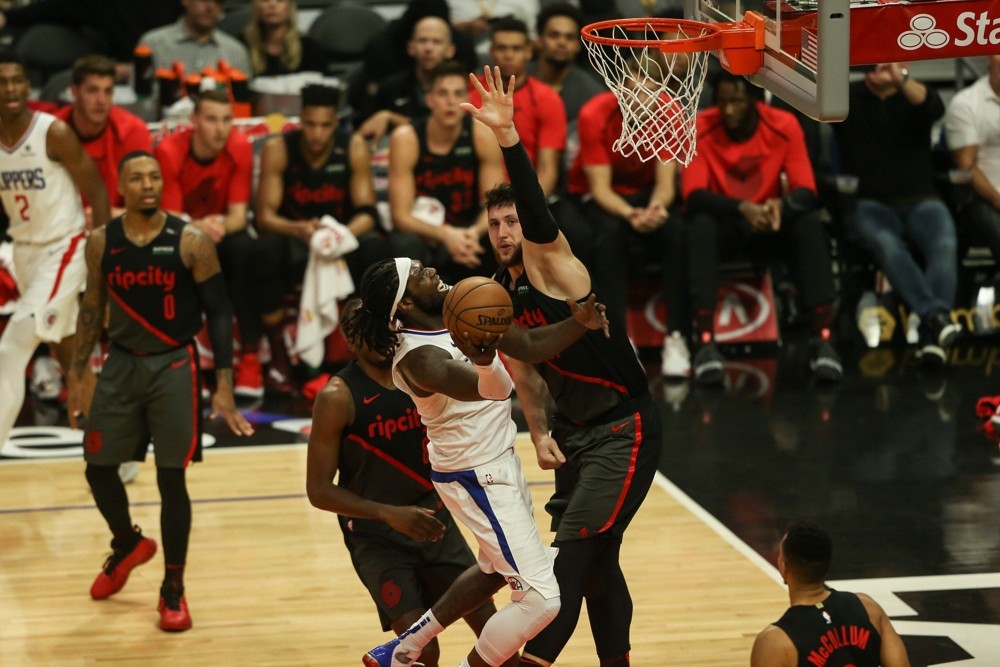 A seven-game Friday in the NBA, headlined by the clash between the Trail Blazers and the Raptors. The Trail Blazers are winners of five straight games and will certainly provide plenty of resilience for the high-flying Raptors. Moe Harkless finally appears healthy after a string of leg injuries and is worth a look in most competitive formats for his ability to contribute across the board. As usual, let’s peruse the seven games, concentrating on a number of injuries and potential value which is to be found on many waiver wires.

Robin Lopez continues to play well for the Bulls, however, that is not reflected in his ownership numbers. He swatted five shots in his last game, playing a whopping 40 minutes. He is the unchallenged center and should be on many more rosters given his recent play.

The Hawks are fully healthy which has created a timeshare in many positions. The obvious such occurrence is at the shooting guard and small forward position. Kevin Huerter, Tauren Prince, DeAndre Bembry, and Kent Bazemore are all impacted, limiting their appeal in competitive formats. Prince is perhaps the player to roster if you had to select just one, but there is an element of risk no matter which direction you choose.

The Hornets are in a fight to earn a playoff spot, with this game providing them a chance to work towards that goal. The recent form of Cody Zeller has caught many fantasy owners by surprise, although it appears to be catching on slowly given he is rostered in over 60 percent of leagues. If he is still available in your league, he shouldn’t be.

After a loss to the Wizards only two days ago, the Nets will look at this game as a must-win encounter. Allen Crabbe has hit multiple three-pointers in six of his eight games since returning from injury. His scoring totals have decreased over the past three games but he should still be viewed as a solid enough streaming option.

The Trail Blazers have won five straight games, thanks in part to the improved play of Moe Harkless. He has scored in double-digits in four of his past five games but more importantly, has a combined nine steals and 36 rebounds. His playing time has been increasing and although this could be another mirage, Harkless is worth picking up in competitive leagues to see if he can keep things going.

The Raptors are chasing down the Bucks in the race for the number one seed in the East. Marc Gasol and Serge Ibaka have been alternating as the starting center but it appears as though Gasol is edging ahead when it comes to playing time. Both players should still be rostered in standard leagues but expectations should be kept in check.

Since moving to the bench, Thomas Bryant has moved back into consideration as a standard league asset. The fact he is not sharing the floor with Bradley Beal, Jeff Green, and Trevor Ariza, allows him to be more impactful on the offensive end. He has increased his output on both ends of the floor and is worth picking up to see if the trend can continue.

Losers of four straight games, the Celtics find themselves in a difficult situation. A game like this against the Wizards is certainly one they should win, however, no game appears easy right now. Marcus Morris, who began the season on fire, has cooled off recently, adding to the growing list of issues. Morris is a fringe 12-team player, with much dependant on his efficiency from night-to-night.

Cheick Diallo had been a hot pickup after back-to-back strong performances but has fallen off over his last two games. He played just 15 minutes in his last game, however, the minutes were impacted by an eye injury. The Pelicans are on a back-to-back which will likely mean Anthony Davis will miss a game. Diallo is worth picking up to see if he can take advantage and continue trending in the right direction.

Devin Booker suffered an apparent toe injury at practice and is questionable heading into Friday’s game. If he misses the game, there is no clear beneficiary. That being said, Tyler Johnson would certainly have the ball in his hands a little more. He has been playing well even with Booker on the floor and should be picked up while he is hot.

JaMychal Green continues to integrate himself into the Clippers rotations and over the past three games has averaged 11,3 points and 8.3 rebounds. These numbers will not set the world on fire but could help you out if you are fighting for a playoff spot.

Marvin Bagley suffered a knee sprain against the Bucks and is slated to miss at least a week of action. In his absence, Nemanja Bjelica could move back into the rotation but offers very little upside. Harry Giles could also see a slight increase in playing time and could be worth streaming in to see what happens.

Ersan Ilyasova has provided limited fantasy value over the last two games with Giannis Antetokounmpo hampered by an ongoing knee injury. Antetokounmpo appears as though he will play Friday and should see an increase in playing time. That basically renders Ilyasova a non-factor in competitive formats.

Reggie Bullock has hit at least two three-pointers in five consecutive games, playing at least 30 minutes in all five. His upside is limited to just points and triples, making him a streaming option only at this stage.

Sleeping with the Staff: Top Hitting Sleepers for 2019