Fantasy Baseball: Which Hitters Are Going To Hit Fewer Line Drives In 2022 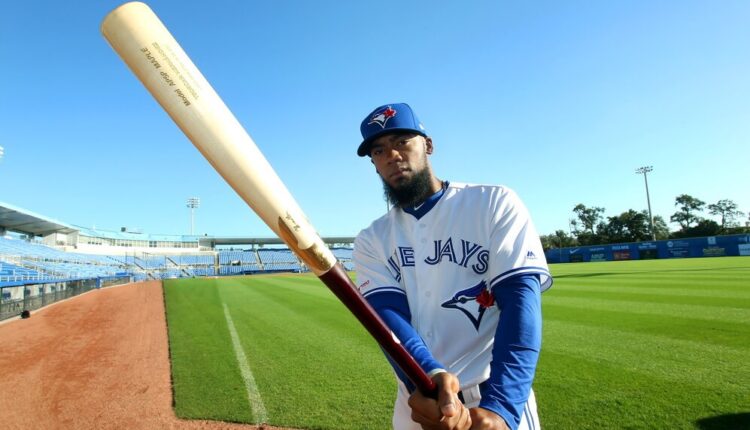 When it comes to the optimal launch angle/trajectory of contact, the consensus is that a line drive is the best type of contact a hitter can make. Last season, the league had a weighted-on-base-average (wOBA) of .650 on line drives. On ground balls, that number goes down to .221. Fly balls are better with a .457 wOBA, but come with a much worse batting average (.281 vs .637).

So, just hit line drives, right? If only it were that easy. Although line drives are the perfect form of contact, it is also very hard to hit them consistently. According to my research, only 20.4% of a hitter’s line drive rate can be explained by their line drive rate from the season before. That’s a lower correlation than batting average on balls in play (BABIP) on a year-to-year basis, for context.

If we can identify players who had an uncharacteristically high line drive rate last year, then we can find players who are likely to hit for a lower batting average than they did last year. This also means a lower on-base percentage, which means less opportunities to score runs and drive batters in. Thus, the impact is greater than you might imagine.

The table at the bottom of this page lists every player with at least 150 plate appearances last year that is likely to have a lower line drive rate in 2022. By average the players’ line drive rates in previous seasons (including 2021), and then comparing it to 2021, we can identify which players who might regress in 2022. In fact, here they are:

Who Is Going To Hit Fewer Line Drives?

By the way, yesterday we took the opposite approach and identified players likely to hit more line drives in 2022.

Since 2020, Teoscar Hernandez has been a changed man at the plate, posting wRC+s of 148 and 152, respectively. However, was his .352 batting average on balls in play replicable? His 27.7% line drive rate was a career-high for a full season, and we could see some regression from that department in 2022. Luckily, if he holds his decreased strikeout rate, there should still be enough batting average to go with the obvious power he has. Thus, I would not be overly concerned.

With a career .332 BABIP, Xander Bogaerts’ .333 BABIP is certainly not out of line. However, his 28.8% line drive rate was much higher than his career 24.4% rate. I would expect slight regression from his .295 batting average, but not significantly; continue to feel comfortable drafting him as your starting shortstop.

Interestingly, Kolten Wong’s .305 BABIP matches up to his previous numbers, so perhaps he can keep his .272 batting average from last year on track. On the other hand, his 26.8% line drive rate was much higher than it was in 2018 (21.5%) and 2019 (22.4%), respectively. Since this meant a career-low 43.9% ground ball rate, perhaps where we see the biggest regression to the mean for Wong is with his power. His .175 isolated power (ISO) was a career-high mark by a notable margin, and I don’t expect that to be replicated in 2022. If he hits at the top of the lineup, he’ll be a boost for runs scored and batting average, but there are reasons to be concerned.

Considering that Jeimer Candelario has made an approach change with fewer strikeouts in consecutive years, I am optimistic about his future outlook. While his 28.9% line drive rate is higher than it was in 2018 (24.9%) and 2019 (24.9%), he’s also a young player who has adjusted to MLB pitching. A .333 BABIP likely won’t be sustained, but don’t be surprised if regression doesn’t hit him as hard as you may think it could.

With a 129 wRC+ and .353 wOBA last year, Ty France was a major reason why the Mariners were able to surprise the baseball world with 90 wins in 2021. Although his .327 BABIP is on the higher side, I don’t think his 26.5% line drive rate will come down much at all. Thus, maintain faith in one of the league’s more underrated young players.

Brinson isn’t someone that is likely to be at the top of your wish list in fantasy drafts, nor should he be after posting a 74 wRC+. In actuality, that was the highest wRC+ of his career in a full season, though it required a career-high 23% line drive rate to get there. I wouldn’t advise taking any sort of chance on Brinson in 2022.