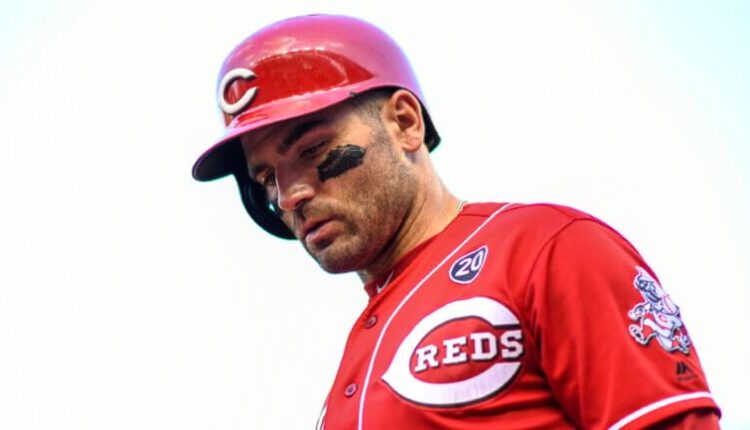 With more and more data becoming available after each day of games, players are starting to settle into what we should expect from them moving forward. If you have been cold up to this point, there is real cause for concern. On the other hand, players who have remained hot for this long should be given the benefit of the doubt if they have some struggles in the coming weeks. Each week players’ values are changing, and these guys, for better or for worse, deserve to be highlighted for their past week’s performance.

No, that’s not Rizzo’s OPS at the end of his 7-day slash line. He has an insane 1.000 slugging percentage over the past week of games. Helped by his three-homer performance, Rizzo is in the middle of the hottest of hot streaks right now. He already has as many home runs this season as he did in his 49 games with the Yankees last season. Rizzo will cool off at some point, but we could be in store for a throwback performance from him with a full season in the Bronx. Rizzo’s value is much higher than we anticipated during draft season, and I would be hesitant to even sell high. Reap the rewards and enjoy top-5 results from a first baseman that was being taken 18th at the position in drafts.

Is Lauer the next Milwaukee Brewer pitcher to burst onto the scene? We’ll need more than a handful of starts to determine that, but Lauer’s early season results are encouraging to see. His 34.3% K rate is well above his career-high of 23.9% that we saw last year, and his walk rate is nearly 2.5% lower than last season. The velocity of his pitches is up across the board compared to any of his previous seasons. He’s using his off-speed pitchers more this season compared to last, but he’s been using his fastballs as his put-away pitch much more so far this year. I’ll be watching how his start goes this weekend against the Cubs to see if he can keep the strikeouts coming. This could be a breakout season for Lauer, especially since he is in good hands in the Brewers’ rotation.

Again, that last number in the slash line is not Ward’s OPS. Besting Rizzo, Ward had an even more insane slugging percentage over the past week of games. Everyone’s been talking about Jo Adell and Brandon Marsh, but it was Ward who has performed the best out of the three outfielders who tend to platoon with each other. Rarely do you see a player with more walks than strikeouts, unless your name is Juan Soto, but Ward’s K-BB% this season is -4%. I know that stat is usually reserved for pitchers, but damn! Clearly, he will cool off at some point, but the question remains exactly how much. If he continues his hot streak any longer, I would be looking to sell high. It will be interesting to see what Ward gives us the rest of the season, but he has definitely put himself on the radar of fantasy managers regardless of league size.

I was planning on having Reyes in the risers section of this article after he hit two home runs in two games last week, but he has not recorded another hit since that second homer. I was hoping that this would be a breakout season for Reyes, but he seems to be just another big guy who hits the ball hard and strikes out a lot. We’re talking about small samples here, but strikeouts have always been a part of Reyes’ profile. His 43.5% strikeout rate this season is not lineup-worthy and he is droppable if you need space on your roster.

Man, I feel bad for Joey Votto. He’s on a terrible team that has three wins and just went through an 11-game losing streak. Maybe that’s why he’s become a TikTok star, and I don’t blame him for wanting to do literally anything else than play for the Reds. After tying his career-high of 36 home runs last season, Votto has just one XBH through 60 ABs.

His 2021 and 2022 percentile rankings on Baseball Savant couldn’t be more night and day: 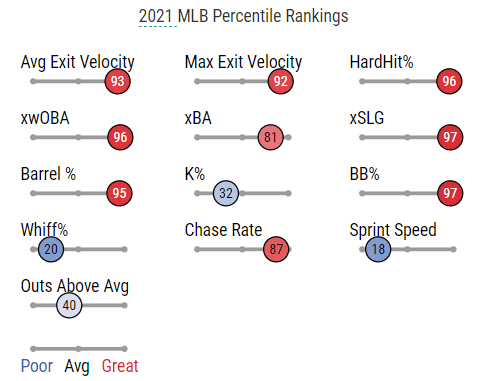 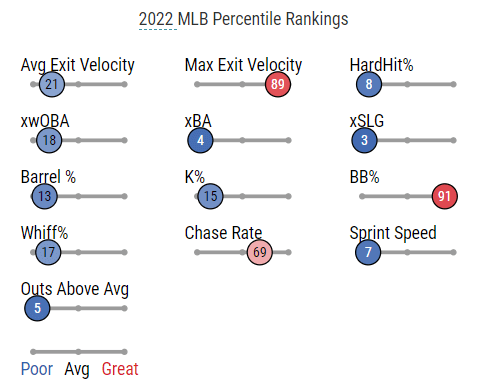 We thought he had revitalized his career by selling out for power, but it seems like this could be his last season. It would be a shame if he went out like this. Last season Votto had the highest K% of his career, 23.8%, but that produced 36 home runs and 99 RBI. His strikeout rate so far this season is 31.5%. Unless he can get it together very quickly, it’s looking like Votto’s fantasy-relevant days are behind him.

This is what Brandon Lowe is. Weeks of hot streaks and then weeks of struggles at the plate. Since hitting three home runs in the Rays’ first seven games, Lowe has only had one XBH. This is what you expect when you roster Lowe. It wouldn’t surprise me if Lowe goes on a tear next week and doubles his home run total, but you just never know when that is going to happen. Even though we know he’s streaky, Lowe is a faller for me because he had such high expectations following his hot finish to last season. We know he will turn it on at some point, it’s just hard to know when exactly he is going to get hot, making him a very frustrating player to roster.