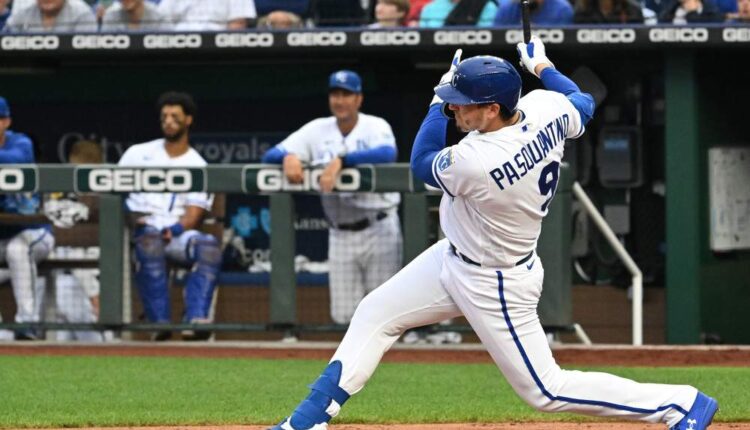 Another week, another Fantasy Baseball Waiver Wire report here on FantraxHQ. Regardless of what style league you play in and what point of the season it is, we should always be looking to improve our fantasy teams. Whether you’re looking to catch the next red hot breakout, find an injury replacement, or improve in a specific statistical category, the waiver wire can help you accomplish all of those. This week’s report features some young hitters, cheap power, and a surprise breakout arm in the Windy City.

Before I get into my recommendations for this week, I wanted to say two things.

1. Dustin May and Lance McCullers are back soon. Make sure they’re not still available in your leagues.

2. For the love of Spencer Strider’s mustache, how is George Kirby not rostered in nearly every league? He’s still over 50% available on Yahoo for crying out loud. He needs to be rostered everywhere.

What a debut for Vaughn Grissom. After a surprising callup from Double-A, Grissom wasted no time showing off his exciting all-around skillset, hitting a towering home run over the Green Monster at Fenway and stealing a bag as well. Grissom doesn’t have the buzzy prospect name or the offensive profile that pops out at you with robust tools. Still, he’s proven to be underrated throughout his professional career with a skill set that can lead to solid fantasy value.

2 in 1! Vaughn Grissom made his @MLB and BatCast™️ debut pic.twitter.com/ZMaQLroY3l

To start, Grissom is an above-average or better hitter with an exceptional approach. He hit a robust .315 in the minors with a 9.6% walk rate and 13.4% strikeout rate. And while he doesn’t quite have the same power/speed blend as Michael Harris, there’s the potential for 20 homers and 10-15 steals annually over a full season. With second base wide open in Atlanta, Grissom should have a chance to play regularly until Albies returns and could stick in a DH/Backup MI role after that if he hits well over the next few weeks.

Is it just me or has Nico Hoerner’s season completely flown under the radar? That’s the only logical explanation for why someone that currently hitting .300 and on a full-season pace of around 12-15 homers and 22-25 steals is still available in over 50% of fantasy leagues. You won’t see Hoerner light up his savant page with his quality of contact metrics, but he’s proving to be a great source of AVG and speed. In addition to hitting .300, Hoerner currently has a .281 xBA, 10.8% strikeout rate, 15% whiff rate, and a 91.9% zone contact rate. This is a no-brainer add in 12+ team leagues and deeper 10s as well for his all-around production and multi-positional eligibility.

From Nico to Nick. In the month of August, Nick Gordon has been thriving as an everyday player for Minnesota hitting .379 with a homer, five RBI, six runs, and a pair of steals. Anf for the season, Gordon has produced sneaky-good metrics, notably, his 11.6% barrel rate, 91.1 mph EV, and 48.6% hard-hit rate. Gordon chases way too much and won’t help much in the OBP department, but if you need a middle infielder or outfielder, Gordon is certainly intriguing this week with his performance this month.

I’m hoping everyone bought low on Vinnie Pasquantino in dynasty leagues while his surface stats were underwhelming to begin his Major League career. How dare a rookie struggle! And for those of you in redraft leagues, it’s time to pick Pasquantino up off waivers if he’s available, which it looks like he still is in over 3/4 of leagues. While the surface stats weren’t there, Pasquantino’s metrics have remained impressive since his callup.

Through his first 162 PA, Pasquantino has recorded a 10.2% barrel rate, 92.2 mph AVG, and 49.2% hard-hit rate. His approach metrics have been even more notable with a 10.1% walk rate, 14.5% strikeout rate, 92.1% zone contact rate, and 14.1% whiff rate. It was only going to be a matter of time before Pasquantino took off, and that’s happened over the last week and a half. In the month of August, Pasquantino is hitting .324 with six extra-base hits and three home runs.

DeJong: We’ve seen what DeJong has become over the last few seasons: Good power but can’t hit for average. That includes earlier this season before getting demoted. However, DeJong tore up Triple-A and is on a bender since returning to St. Louis. I’m incredibly skeptical the AVG is useful, but if you need power or want to ride the hot streak, he’s a fine add.

Reyes: After Cleveland surprisingly DFA’d Reyes last week, the Cubs quickly scooped him up and I’m a fan of this landing spot for fantasy. Reyes should play close to regularly and Wrigley Field has always been a hitter-friendly venue. While he was a massive disappointment earlier this season, Reyes did hit .254 with 30 homers and 85 RBI last season and swatted 37 dingers back in 2019.

Naquin: I’d list Naquin with the other players above, but the problem is he’s only playing 3-4 times a week right now. His production has been good when he’s in the lineup, hitting .364 with four homers, nine RBI, eight runs, and a steal over the last two weeks, but his playing time situation limits him to 14+ team leagues right now.

After missing a big chunk of time with elbow tendinitis, Edward Cabrera has done his best to make up for the lost time since being activated last week. In his first two starts back, Cabrera has combined to toss 10.2 shutout innings allowing three hits and five walks with 14 strikeouts. Both outings came on the road as well in Chicago and Philadelphia. These last two outings have dropped Cabrera’s ERA and WHIP to an impressive 2.05 and 1.03 respectively to go along with a 26.7% strikeout rate. However, a bloated 14% walk rate has annoyingly tagged along for the ride.

Walks have always been a bit higher for Cabrera, but the swing and miss stuff is undeniable thanks to an electric fastball, two good breaking balls, and a great changeup, all of which have a whiff rate above 30% right now. He’s definitely worth a look in all 12+ team leagues and maybe in 10-teamers as well.

The Chicago Cubs rotation has been in shambles for most of the season, but Justin Steele has recently emerged as a viable MLB starter and one that has pitched his way into mixed-league consideration. Over the last 30 days (five starts), Steele has posted a 2.13 ERA, 1.34 WHIP, 6.3% walk rate, and a 26.8% strikeout rate. This has come in spite of a higher .352 BABIP as well. Steele’s last two starts have yielded a whopping 19 strikeouts in 10.2 innings. Granted, that was against Washington and Miami, but that’s impressive against any opponent. He’ll get those same Nationals again next week in another juicy matchup.