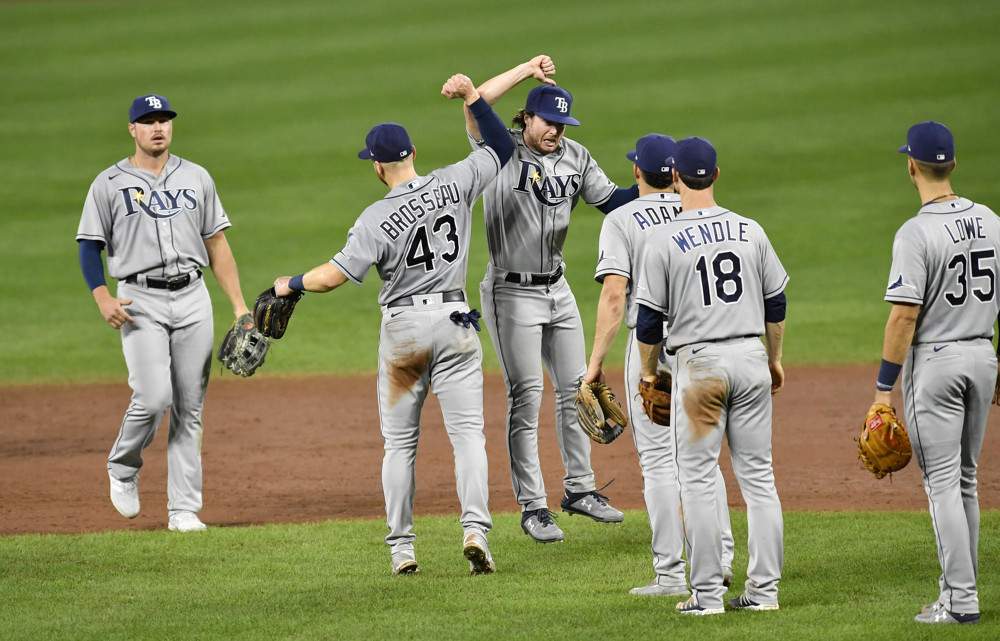 The 2020 season is the only time where my 9th Fantasy Baseball Waiver Wire article is also my last of the season. But hey, that’s what happens in a 60-game season. With such a short season, dominating the waiver wire has been even more important than usual and that doesn’t change in the last week of the season. Now is not the time to take your foot off the gas pedal or switch your focus to more inferior fantasy sports. Remember, it’s not about having the sexiest roster at season’s end, it’s about having the roster that produces, hopefully on your way to a championship or a money finish. Let’s finish this chaotic 2020 season strong! 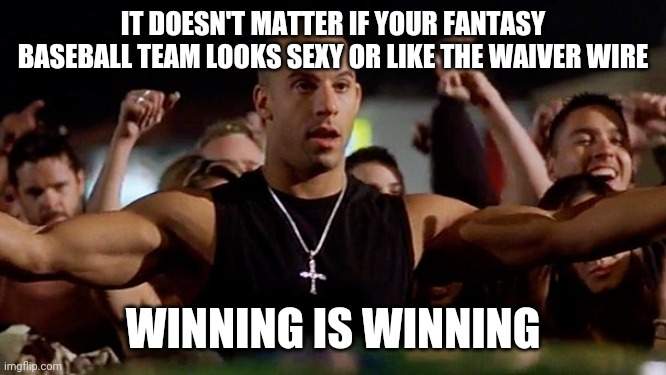 Without a doubt, fantasy managers are going to shell out some big bucks for Jared Walsh this weekend. If you already grabbed him last week when he started his torrid stretch, then congratulations. If not, get ready to let those greenbacks fly on Sunday if you want to secure Walsh’s services for the final week of the season. Coming into the month of September, Walsh was 0/13 and sat at .125 on after an 0/4 performance on September 5th. But since then, Walsh has been arguably the hottest hitter in baseball with 17 hits in his last 37 at-bats, six home runs, 16 RBI, and 12 runs scored. In fact, his 1/3 effort yesterday ended a six-game multi-hit streak. It’s as if Mike Trout transformed into Walsh this month or something.

While I don’t think anyone expected Walsh to tear it up to this extent, he did show plus or better power in the minors which was on full display in 2018 and 2019, with a .260 and .325 ISO respectively, and 65 homers in 228 games combined. Walsh was also consistently able to draw walks with a near 10% walk rate and was a career .301 hitter. I’m not expecting that average to continue in the Majors longterm, but this is a legit power bat in the making that never really got much buzz as a prospect due to him being “old” at 26. Shell out that dough this weekend and enjoy the hot streak for as long as it lasts. Hopefully, he can ride this out through the end of the season.

He’s back! Well, at least for now. This is Tampa Bay we’re talking about after all. Coming into the 2020 season, Nate Lowe was the odd man out in the Rays infield and spent most of the season at their alternate site just waiting for a chance. It took a Ji-Man Choi injury for that opportunity to arise, but Lowe has taken full advantage of the at-bats. In his seven games since entering the starting lineup on 9/11, Lowe has racked up nine hits in 22 at-bats with three homers, nine RBI, seven runs, four walks, and even adding a steal for good measure.

The offensive ability has always been there. All Lowe needed was a chance to play regularly and he’s finally getting that this season with Tampa Bay. Lowe displayed an above-average to plus hit tool in the minors, slashing .300/.400/.483 with a 13.6 BB%, and 18.5 K% in 405 games. His plus raw power finally started trasnalting into game-power over the last two years as well, posting 50 homers in 273 combined minor and Major League games and ISOs above .200 in each year. This is a potential .290/25+ bat in the making that is red hot right now and starting regularly. Do yourself a favor and add Lowe if he’s available in your league.

Very quietly, Manuel Margot has been one of the top speed assets of this 2020 fantasy season. In fact, only Adalberto Mondesi and Trevor Story have more steals this season than Margot’s 12. That’s why it’s so surprising that he’s available in so many leagues right now. It’s not like he got most of those steals early on either. Quite the opposite actually. Margot has swiped eight bags this month and has recorded six hits in his last 21 at-bats as well. As Margot hasn’t done much in the power and run production departments, this is mainly a speed play, but with the way Margot is tearing up the bases this month, he could very easily help you jump up a spot in the SB department in roto leagues or give you a speed edge in your H2H championship round.

When I sat down to write this Fantasy Baseball Waiver Wire article, I didn’t envision three Tampa Bay hitters making the cut. But here we are. With many playoff teams likely to rest some of their starters more than usual down the stretch, Joey Wendle is a great target to help you fill the void when your infielders have a day off. Not only is Wendle eligible at multiple infield positions, but he’s also been heating up of late and starting close to every day for the Rays lately, playing in all but two games over the last two weeks.

He’s been especially hot over the last week with hits in five of his last six games along with one home run, two steals, and five runs scored. If you’re worried about your starting infielders getting a couple days off next week, Wendle is someone that you should give a long look to right now.

This one is more for the OBP crowd. Coming into the season, both Shogo Akiyama and Yoshi Tsutsugo were intriguing late-round targets after stellar careers in Japan. However, this crazy 2020 season is less than ideal for a transition season to MLB, and Akiyama’s performance to start the season showcased that. As recently as September 6th, Akiyama’s slash line sat at a lowly .196/.299/.255 with a big fat goose egg in the home run department.

Since then, however, Akiyama has begun to heat up, with 12 hits and nine walks in his last 10 games. His play of late has moved him back into the leadoff spot as well, slotting there in each of Cincinnati’s last seven games. He’s still yet to hit his first home run, but Akiyama can provide a boost in AVG/OBP down the stretch while maybe even chipping in a steal or two along the way.

Whether you’re in your H2H playoffs or sprinting towards the finish line in roto/points leagues, maximizing games and starts in the last week is crucial. Outside of a major hiccup against the Yankees, Akin hasn’t allowed an earned run in his other three starts and currently sports a 3.38 ERA, 1.23 WHIP, and 31.3 K% for the season. For the most part, Akin has had all three of his pitches working this season with each registering a whiff rate above 25% and his slider and changeup both producing an xBA under .200, an xSLG under .225, and an xwOBA under .250.

Akin righted the ship against Atlanta on Wednesday with five shutout innings and is currently lined up to face Boston and Toronto in the final week of the season. Neither one of these is exactly a cupcake matchup by any means, but Toronto has cooled off of late and Boston has the 7th highest K% in the month of September.

What do you get when you combine a pitcher who’s dealing with two favorable starts next week? Someone that needs to be rostered in many more leagues, that’s what. Singer has been singing a beautiful tune over his last two outings, tossing 14 shutout innings with a 16/3 K/BB in back to back wins over Cleveland and Detroit. And guess what? Singer is lined up to face Detroit again next weekend with a matchup against St. Louis before that.

These are two great matchups for Singer. Both St. Louis and Detroit rank in the bottom-10 for wOBA against RHP and Detroit has both the highest strikeout rate and lowest walk rate (tied) against righties this season at 28.0% and 6.5% respectively. With how Singer has been rolling of late and the hand he’s being dealt next week, this is a perfect pitching addition to close out the season.

Following the Archie Bradley trade at the deadline, there were a few Arizona relievers seemingly in the mix, Stefan Crichton included. Two weeks later, there’s no longer any debate as Crichton has notched three saves in the last week and hasn’t allowed a base runner in his last four appearances spanning 3.2 innings.

While his statcast data isn’t chalked full of little red dots, Crichton does have a 98th percentile barrel% and his curveball has registered a stellar .134 xBA, .202 xwOBA, and 44.4% whiff rate. If you need that last-minute boost in saves, Crichton is the best option available in this last week of the regular season.