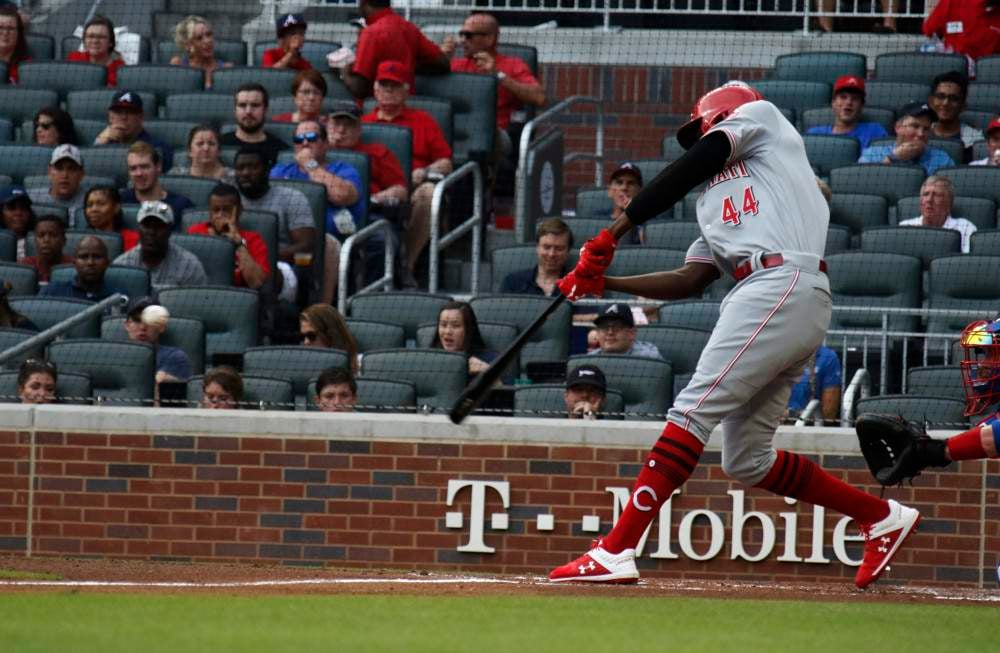 Have you ever felt underappreciated? Before this turns into a therapy session, this week’s waiver wire theme is appreciating the underappreciated. The players below don’t necessarily have the sexy fantasy names, but can bring a lot to the table for your fantasy squads, especially on the offensive side of the ball. And with some of the names below in the pitcher section, you’d think we were heading out for a day of fishing on the lake or something. Damn it, now I want seafood. Only I could turn a fantasy baseball waiver wire article into a hankering for seafood.

Rarely does a player make it into this article two weeks in a row. However, Aquino has absolutely raked since appearing here last week and is still available in over 3/4 of fantasy leagues. Since debuting on 8/1, Aquino has racked up nine hits in 20 at-bats with three home runs, eight RBI, and six runs scored. This after a 0/6 start, let me remind you.

After what Aquino did in Triple-A this season, this type of power shouldn’t come as much of a surprise. In 28 Triple-A games, Aquino hit .299 and blasted 28 home runs, nearly one every 10 at-bats. Obviously, this is a very small sample size, but the power is certainly legit. Aquino has always displayed plus raw power with a swing that generates natural loft and an approach geared for home runs. He’s routinely been near or above a 50% pull rate and a 40% fly ball rate. When you sprinkle in Aquino’s raw power to those numbers, homers usually follow.

Last week, it was more of an “add in deeper leagues in case he gets playing time” type of move. Well, Aquino has gotten that playing time and is mashing. If power is what you seek, Aquino is your guy. The man is destroying baseballs right now.

Speaking of making hard contact, J.D. Davis knows a thing or two about that. Davis has the 23rd best average exit velocity in the Majors this season and a 52.8% hard contact rate in the 2nd half of the season. And guess what? He’s finally receiving regular playing time for the Mets too. It might’ve taken some injuries in the outfield for that playing time to open up, but hey, whatever it takes. Now that he’s playing every day, the counting stats are really starting to accumulate too. Davis is now up to 12 home runs, 15 doubles, 35 RBI, and 39 runs scored with a .305 average in just 269 at-bats. He’s been especially potent over the last two weeks, hitting .400 with a trio of taters in 40 at-bats. With his playing time situation looking very clear moving forward, Davis needs to be owned in mixed leagues right now.

JD Davis is a Statcast Monster.

Before the season, the casual fan likely didn’t know who Mike Tauchman was. It’s not their fault either as Tauchman was a guy stuck in Triple-A for the Rockies that combined to go 9/59 with zero home runs in two Major League stints. That’s not to say he wasn’t performing well in the minors, because he definitely was, but Tauchman just couldn’t find consistent playing time in Colorado and didn’t do anything with the little playing time he did get. I’m sure Yankees fans didn’t think Tauchman would be playing a pivotal role in their lineup come August either, but here we are.

After another two hits and a homer last night, Tauchman is now slashing .297/.373/.566 with 11 home runs, five steals, 38 runs, and 40 RBI in 182 at-bats. With how well he’s been hitting and all the injuries in the Bronx, Tauchman isn’t coming out of the lineup anytime soon. His ownership rate is steadily climbing so now is likely your last chance to potentially snag him off the waiver wire.

The fact that Cavan Biggio is available in over 2/3 of leagues is a little puzzling. Sure, you can look at the low batting average and be a little turned off by it, but the rest of the offensive package is solid. In fact, it’s downright beautiful. If you extrapolate out Biggio’s current numbers over 550 at-bats, you’d have 27 home runs, 24 steals, 78 RBI, 102 runs, and 110 walks. Looks pretty damn good, doesn’t it?

That strong 16.5% walk rate has helped Biggio record a .344 OBP despite the low .215 average. So, when you really think about it, it’s just one major category that Biggio doesn’t help in while producing handsomely elsewhere. If you can offset the low average, Biggio can be a highly-valuable fantasy asset. Heck, even if you can’t, let me direct you back up to that pace I mentioned above. If Biggio is sitting on your league’s waiver wire, change that.

Here’s a stat I bet you didn’t know… Leury Garcia is on pace for 103 runs scored. Caught me a little off guard too, I’m not going to lie. He’s also hitting .290 with seven home runs and 12 steals to go along with it. Even with all that, Garcia is available in nearly 75% of fantasy leagues. With his atrocious plate approach and high .368 BABIP, that .290 average is squarely in the regression zone. But if Garcia can at least his .250+ moving forward with a touch of pop and speed, and a solid runs scored pace leading off for Chicago, there will still be some decent fantasy value here.

In very unsurprising news, Michael Pineda is back on the IL. I know, shocker right? With him on the shelf, it’s once again time for the American League to get Smeltzed! Man, that doesn’t sound very pleasant, does it? Would you want to get Smeltzed? Unfortunately for the Royals, they got Smeltzed over the weekend as Smeltzer dominated them, firing six shutout innings allowing only two hits and one walk. That outing lowered Smeltzer’s ERA and WHIP to a tidy 2.28 and 0.90 respectively across three starts and two relief appearances. He’s pitched very well in the Triple-A International League this season as well with a 3.45 ERA and 1.18 WHIP in 62.2 innings.

While he sits around 89 mph with his heater, Smeltzer’s curveball and changeup both grade as above-average to plus and he’s able to command his entire arsenal quite well to offset the lower velocity. Smeltzer knows he’s not going to blow his fastball by anyone and with throw his offspeed pitches over 50% of the time to keep hitters off his fastball. It’s a working formula for him and one that can allow him to continue providing fantasy value as long as he’s in the starting rotation. Keep on Smeltzing Smeltzer.

Here’s a little target for those of you in deeper mixed leagues. First off, it felt weird writing Texas Rangers next to Allard’s name. It feels like he was in the Atlanta system for a decade even though they just drafted him in 2015. Like with Smeltzer above, Allard is a soft-tossing southpaw that needs to rely on command and his secondaries to be effective. Allard’s average fastball velocity almost mirrors Smelzer’s at around 89 mph and he also mixes in an above-average to plus curve and changeup. Jeez, are these two the same guy? Are the Brewers about to be Allarded like the Royals were Smeltzered? Firstly, Allarded sounds terrible compared to Smeltzered. And secondly, I wouldn’t recommend Allard against the Brew Crew but he makes for a decent deep league addition as he’s likely going to get some run with the Rangers down the stretch.

If you just ignore the first inning of Keller’s first two Major League starts, his ERA would be a much more respectable 4.50. Unfortunately, the ERA monster doesn’t discriminate against the first inning and Keller’s ERA currently sits at 10.50 through his first three starts. But with Pittsburgh well out of the playoff picture in the NL, it makes sense for them to bring Keller back up and give him more time to get his feet wet at the Major League level before making him a full-time rotation stalwart in 2020.

Surrounding those three starts, Keller was having a fine season for Triple-A Indianapolis with a 3.56 ERA, 1.24 WHIP, 3.0 BB/9, and 10.7 K/9 in 19 starts. And over his last three starts, Keller struck out 22 against just a pair of free passes. With his #2 starter upside, Keller is worth giving a 2nd chance to in deeper mixed leagues.

Have you ever used some Smeltzer to catch a bass? Okay, I’m done now. While all the shiny new closers were getting snatched up following the trade deadline last week, people seemed to have forgotten about Anthony Bass and left him on the waiver wire. I know it’s hard to see him way up in the Northwest corner of the country, but show Bass some love, would ya? Bass inherited the closer role in Seattle by default following the trade deadline and converted his first save opportunity Wednesday night against the Padres. For the season, Bass owns a 3.26 ERA and 1.02 WHIP in 30.2 innings of work. He’s not going to be one that gives you a ton of strikeouts, but if you’re hurting for saves, give Bass a look.