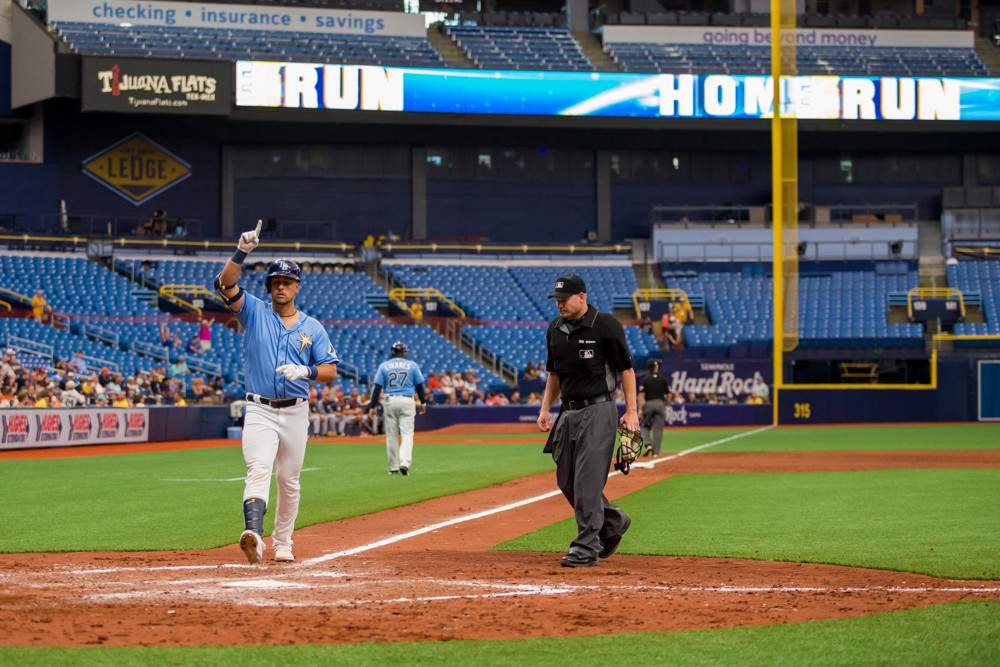 Just like with last week’s report, a couple of prospects have taken over the Fantasy Baseball Waiver wire this week with their promotions to the show. Don’t you just love when a few prospects get called up within a couple of days of each other? In standard leagues, it causes a frenzy to get to the waiver wire to pick them up, and in weekly FAAB leagues, it creates some very interesting bids. This week, we’ve had a pair of intriguing hitting prospects promoted that can provide a nice offensive boost for your fantasy squad. So once again, we have a few rookies to target on the fantasy baseball waiver wire this week along with another new closer and a couple of under the radar arms.

Note: Fantrax % is always higher due to the high number of dynasty leagues run on the site.

Seemingly fed up with Scott Schebler and his putrid .132 average, the Reds have called up top prospect, Nick Senzel, to take over in center field. When someone in your lineup is batting nearly 50 points below Chris Davis, you know it’s time for a change. Bringing up a guy that hit .312 for his minor league career is a great place to start.

In most competitive leagues this spring, Senzel was drafted due to the chance of him opening the season as the Reds starting centerfielder. That obviously didn’t happen and the ankle injury he sustained did cause some impatient owners to drop him in Fantrax leagues. To put it simply, Senzel needs to be owned in all leagues. Eight teams, 12 teams, it doesn’t matter. With a double-plus hit tool and average or better power and speed, Senzel has the potential to provide strong across the board production while providing both infield and outfield eligibility. Make sure he’s not still sitting on your league’s waiver wire.

With a few players hitting the IL and their offense sputtering (23rd in OPS over the last week), the Rays called up slugging first baseman Nate Lowe earlier in the week, looking to provide an offensive spark. In Lowe’s 552 combined minor league at-bats since the start of 2018, he hit .326 with 30 homers, 126 RBI, and 109 runs scored vaulting him to the elite ranks of first base prospects. With plus contact skills and raw power with a rock-solid plate approach, Lowe is a .300/.400/.500 hitter waiting to happen with the upside for 30-plus homers annually. While that might not quite happen in 2019, Lowe’s advanced approach should allow him to hit the ground running and be a borderline top-10 first baseman the rest of the way. With 400-450 at-bats, it wouldn’t shock me in the slightest to see Lowe hit around .280 with 20 homers this season.

It’s been a long time coming. Alex Verdugo made his Major League debut on September 1st, 2017 and is just now getting his first real chance to start on an everyday basis following A.J. Pollock’s elbow surgery. With Pollock not due back any time soon, Verdugo takes over in centerfield and immediately brings intriguing fantasy upside. For his minor league career, Verdugo slashed .309/.367/.444/.811 with a 7.9% walk rate and strong 11.4% strikeout rate.

That plus hit tool and approach gives him plenty of upside in the batting average and OBP categories making him worth rostering on that alone, even if the power and speed contributions are minimal. Verdugo has never hit for much power in the minors and possesses average speed at best, so he’s probably capped as a 15/15 guy over a full season. But if he can just chip in a little power and speed to go along with a likely strong AVG/OBP, you probably be happy having Verdugo on your roster.

I’ll admit, I’ve personally been holding back on Franmil Reyes. I did list him as an outfield sleeper before the season, but with him getting off to a slow start in the batting average department and the Padres having 96 outfielders on the roster, I tempered my expectations for Reyes in 2019. Trips to the IL for Travis Jankowski and Franchy Cordero helped alleviate the logjam a bit allowing Reyes to secure more of a regular starting role in right field alongside Manuel Margot and Wil Myers with Hunter Renfroe playing more of a 4th outfielder role. Reyes has started nine of the Padres last 10 games, hitting .324 with four homers, six RBI, and five runs scored. On top of that, Reyes has the 8th highest hard contact rate amongst qualified hitters and has been hitting the ball in the air 45.1% of the time. That usually is a recipe for a bunch of dingers right there.

With that type of power and the playing time no longer a question, Reyes should see his ownership rate start to rise considerably in re-draft leagues, especially if he continues to hit for a ton of power. Just beware of the likely roller coaster ride with his batting average. Reyes currently has the 16th highest SwStr% and his 72.1% contact rate ranks 139th out of 179 qualified hitters.

This is more of a friendly reminder. It baffles me that Chavis is still available in more than half of re-draft leagues. All the guy has done since getting the call up to Boston is mash. Chavis is slashing .289/.426/.553/.978 through his first 12 games with three homers, eight RBI, eight runs, and even a pair of steals for good measure. If you’re worried the Red Sox are going to send him back down when Dustin Pedroia and company are healthy, don’t be. Between first base and second base, Chavis should continue to play regularly, especially if he continues to perform this well at the plate. Let’s get those ownership numbers up, shall we?

Michael Chavis capped the #RedSox's 6-run 3rd inning vs. the #Athletics with a 2-run hit, then extended their lead again in the 5th.

Remember him? Santana was a popular breakout candidate a few seasons ago that never ended up happening. Since then, he’s bounced back and forth between the Majors and the minors for Minnesota, Atlanta, and now in Texas. Maybe a change of scenery did him some good. During his first 62 at-bats as a Ranger, Santana is hitting .355 with three home runs and five stolen bases. With his contact skills, allergy to drawing walks, and insanely high BABIP, that .355 average is bound to go below .300. However, if Santana can at least hit .260 or so, he has the speed to provide value in mixed leagues in a day and age where speed can be hard to find. The combined 2B/OF eligibility allows some flexibility as well.

Here’s a tasty little factoid for you… Over the last two weeks, Anthony DeSclafani has been a top-10 fantasy pitcher. I’m serious. Look it up if you don’t believe me. That’s what happens when you have a 0.51 ERA, 0.79 WHIP, and 20/5 K/BB ratio in your last three starts (17.2 IP). Those weren’t cookie cutter lineups either as both St.Louis and the Mets have been top-10 offenses this season.

A noticeable difference so far this season has been DeSclafani’s ability to avoid hard contact and miss more bats. His hard contact rate is down from 41.9% in 2018 to 33.8% in 2019 while both his SwStr% and strikeout rate are the highest they’ve ever been in his career at 10.4% and 10.5 respectively. Is he likely to continue at this level of production? Not likely. But DeScafani has re-established himself as a mixed league starter and is worth rostering moving forward.

I really wish Reynaldo Lopez would figure out if he wants to be a good pitcher of not. After a dominant end to the 2018 season, Lopez was a sleep pick of mine entering the 2019 season. Through his first six starts, Lopez has performed like Dr. Jeckyl and Mr. Hyde.

Here are the Ks from his utterly dominant start. pic.twitter.com/9aevWXsxiJ

Basically, Lopez was about as bad as you can be during his first three starts and as good as he can be in his last three. As his command goes, so does Lopez. With how he ended 2018 and his last three starts this season, I’d be willing to roll the dice on him in mixed leagues moving forward. If he can keep his command in check, Lopez should be a valuable mixed league starter.

Ever since returning from missing the entire 2017 season recovering from Tommy John surgery, Chris Bassitt has been a very good pitcher. He recorded a 3.02 ERA and 1.24 WHIP over seven starts and four relief appearances in 2018 and has only allowed one earned run through his first two starts in 2019. Bassitt has done a great job limiting hard contact and in inducing plenty of ground balls, which paired with his pitcher-friendly home park, makes Bassitt’s ROS outlook look promising. Promising enough to at least make him a valuable back-end mixed league starter. Bassitt will get a favorable matchup this weekend on the road against a Pittsburgh team that currently ranks 26th in OPS and 28th in home runs.

Another week, another closer role changes hand. Jose Leclerc out, Shawn Kelley in. Sorry Jose, an 8.44 ERA and 2.16 WHIP aren’t going to get it done. What does get the job done is 1.50 ERA, 0.75 WHIP, and 11/0 K/BB rate through your first 12 innings as Kelley has done this season. Now, I’m not going to sit here and tell you that Kelley is going to save your fantasy team’s bullpen and be an elite closer moving forward. But what I am going to say is Kelley has a chance to remain in this role for the foreseeable future and provide a steady source of saves and stomachable rations for your team. He’s had a sub-3.00 ERA in three of his last four seasons with a 2.7 BB/9 and 10.3 K/9 for his 11-year career. Give him a look if your bullpen needs a boost.